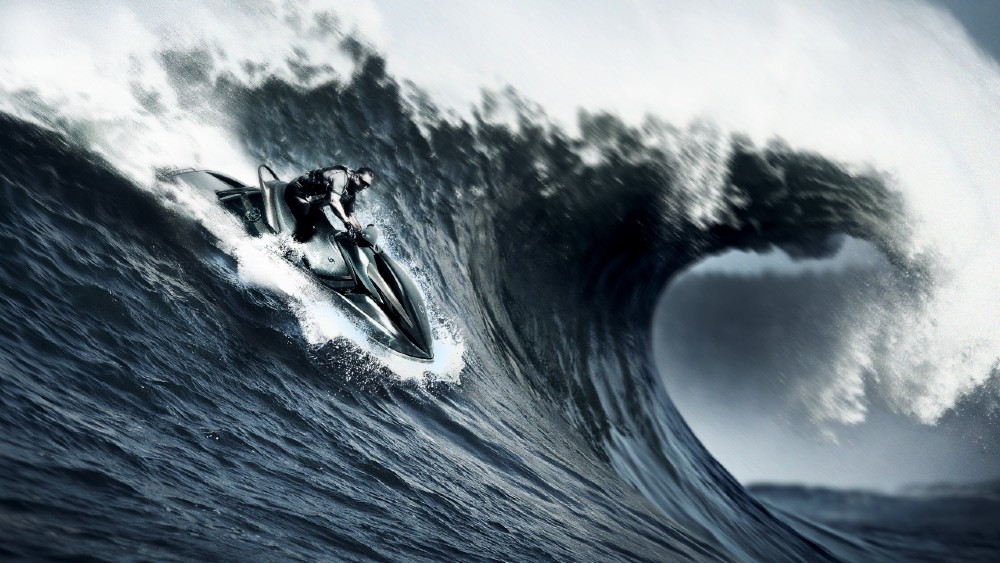 A sleek, multifunctional and very expensive electric jet ski will make its debut next Friday during Miami’s Art Basel at the Arsenale. The name is a mouthful—Maverick GT Jet RIB and Energy Platform—but gives a good sense of its wide-ranging applications.

Designed by the T3MP3ST Energy Platform, the Maverick GT is the brainchild of Nico Sell, a serial tech entrepreneur and self-described “white-hat” hacker who is also big into action sports like snowboarding and tow-in surfing. Her team decided to build a personal watercraft that could serve as a tow-in vehicle for big surf spots like the Mavericks Marine Reserve, while fitting into a RIB hull to become a stylish, people-carrying tender.

“Mavericks is one of the seven wonders of the world for surfers, along with Nazare and Jaws,” says Sell, a serial entrepreneur who sold her latest company, Wickr, to Amazon. “Big-wave surfers depend on jet skis to tow them into big waves and be rescued when things go wrong, but Mavericks is in a marine reserve and Jaws eats jet skis regularly.”

Sell decided to build a powerful electric jet ski that could not be eaten, but runs silently enough to not disturb marine life. With a list price of $150,000 for the jet ski and $500,000 for the full RIB package, the two-seat Maverick GT will have a 350-hp H3X 3-D-printed electric engine that is significantly more powerful than other personal watercraft now on the water, giving it a top speed of 70-plus mph and range of 50 to 100 miles. The Maverick GT also has more torque, to be able to navigate surf that can run as high as 100 feet. It also converts into a boat by attaching to a custom-designed RIB.

Axel Halvorssen, a partner with Sell at Wickr, recalls sitting around with Sell and some other big-wave surfers, and discussing how they could develop a more eco-friendly, electric jet ski.

“We actually had the discussion at Half Moon Bay, where we’re headquartered, during a big-wave surfing tournament,” Halvorssen told Robb Report. “We decided it was something needed, desired and, most importantly, possible.”

The personal watercraft is designed to fit into a rigid-hulled inflatable to make a complete boat. Note the tow-in platform on back and the surfboards near the bow.  Courtesy Tempest Energy Platform

That was two years ago. Since then Halvorssen has brought in J. David Weiss, a U.S. superyacht designer, to create the sleek-looking jet ski, which sports a carbon fiber body, running surface for navigating deep, powerful surf, and enough space to house the 100-kWh modular battery.

“It’s longer and has more of a deeper-V than your average jet ski, with a larger swim platform for the surfers,” says Weiss. “The design will cut through waves much more readily than what’s on the market.”

The forward RIB section, which the ski slides into, is being built by a rigid-hulled inflatable manufacturer in France, for T3MP3ST. It has twin 25-hp motors. It will come in a barebones tow-in version for hauling surfers, a “party version” with eight seats and even a fishing version.

With its advanced electronics, fly-by-wire steering, digital display, and even a “Cinema” mode to record surfing or fishing action, Sell calls the Maverick GT the “world’s smallest yacht.”

But the batteries, about the same size of those on a Tesla Model 3, are also designed to be swapped in and out, so the jet ski can be used for long periods. They also recharge to 80 percent within 45 minutes. Off-water, the system can be used in emergencies, for running cars, trailers and even homes. “I built the jet ski to solve this problem for myself,” says Sell. “I built the company to solve this problem for everyone.”

Years ago, Sell realized that malicious hackers could take down the nation’s energy grid in multiple ways. It dawned on her that the country needed other energy options. “I don’t trust the grid and have been working on a solution for a long time now,” she says. “The T3MP3ST Energy Platform was born from this inspiration. When not in use, the Jet RIB can power a home for a week of typical use, a month in an emergency, and with solar panels, forever.”

The modular watercraft is designed to appeal to enthusiasts who dive, fish or just like to go fast on their jet skis.  Courtesy Tempest Energy Platform

The startup has assembled a board of heavy hitters from the technology, military, boating, yacht design and marketing sectors to develop not just the personal watercraft, but also new energy applications. Eventually, says Halvorssen, T3MP3ST will manufacture its own lithium-ion batteries.

At next Friday’s launch in Miami, the company will announce that its first demo model will be ready in February. Customized models can be manufactured within six months of a client’s order being placed. T3MP3ST is setting up sales offices in Miami and Monaco, aiming at the luxury yacht and leisure markets, while also developing watercraft for the military and government sectors.

“We looked at the market and saw a need for this,” says Halvorssen. “There’s nothing like it out there. It’s a whole different kind of beast.”