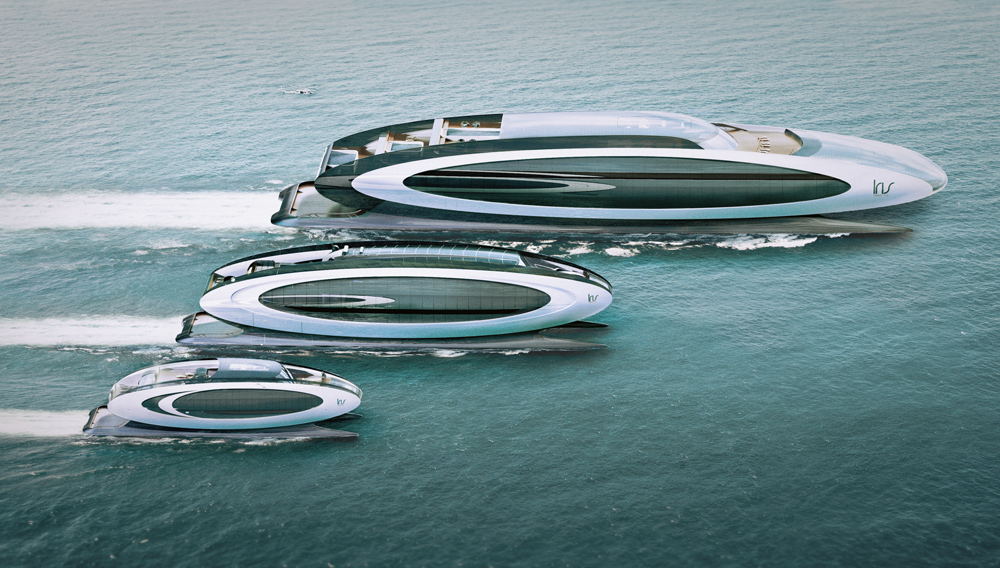 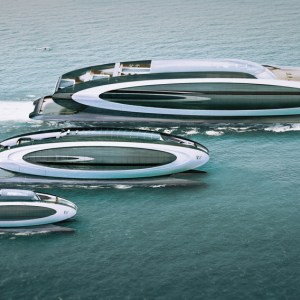 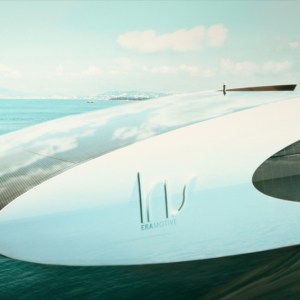 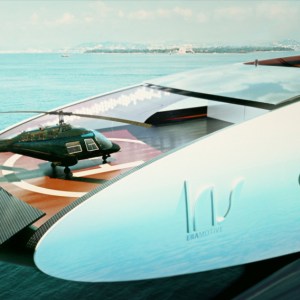 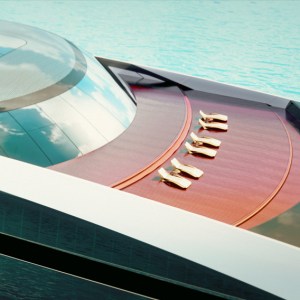 The futuristic new Iris concept-yacht series from the Miami yacht-design firm Eramotive include a dazzling array of over-the-top amenities. The series comprises three different sizes: a 148-foot, three-deck version; a 246-foot, five-deck version; and a massive 418-foot, seven-deck version. Each yacht’s top surfaces and retractable awnings are lined with solar panels—broader solar-panel coverage is optional— that can collect enough energy to allow the boat to cruise at 10 knots (for the 418-foot version) without releasing any emissions. In addition, the layout can be customized to include a hydroponic garden, making any Iris yacht even more self-sustaining at sea. Further customization options can include (depending on the chosen size) an eight- to 48-seat cinema, a library, a ballroom, a sushi bar, squash and basketball courts, and even a nine-car garage. In addition to its 6,028-square-foot master suites, the 418-footer features 20 guest suites, some of which are equipped with their own saunas. It also includes plenty of space for toys and tenders, among them two included DeepFlight Super Falcon submarines. (eramotive.com)

The Best GoPro Cameras to Get Right Now