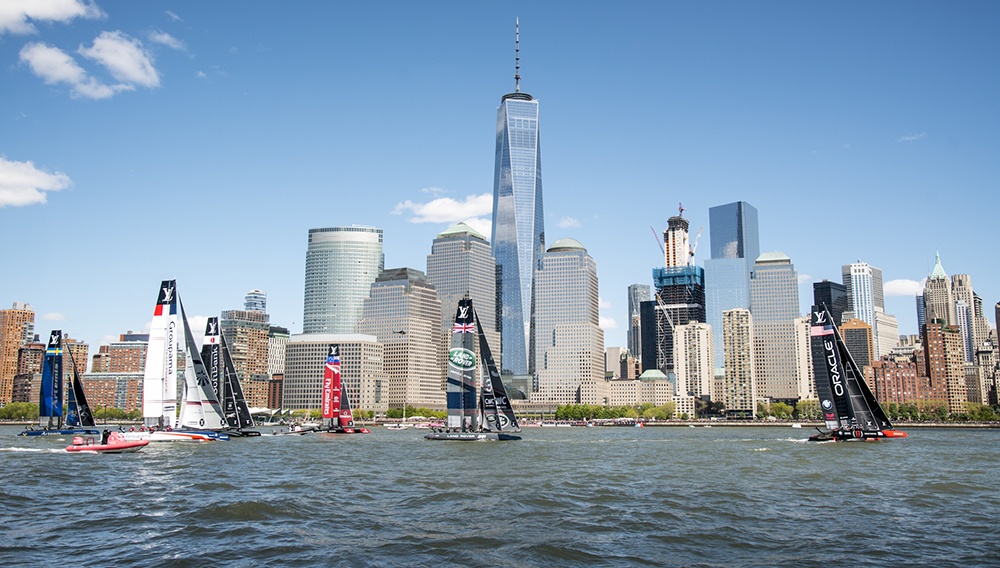 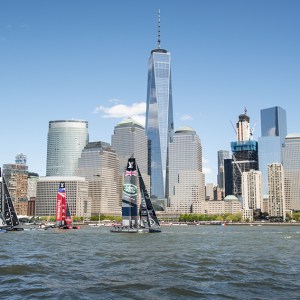 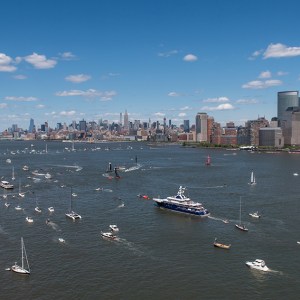 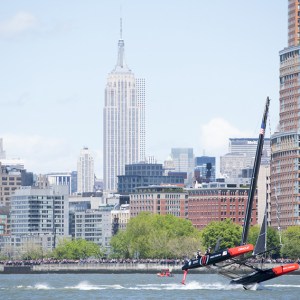 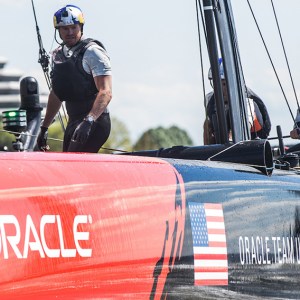 Louis Vuitton America’s Cup World Series New York began with a sputter and ended in a blustering winner-takes-all final race last weekend, May 7 and 8, when the competition made its first stop to New York City in nearly a century. More than 175,000 spectators gathered over the two-day regatta that overtook the Hudson River. Robb Report caught all of the action from aboard the Swedish team Artemis Racing’s VIP viewing boat.

Saturday was full of false starts for the six teams competing. Insufficient winds of less than 7 knots stalled a number of races—and even caused one to be abandoned midway—before SoftBank Team Japan claimed the only victory of the day. But the winds were blowing and the sun was shining for New York’s second day of sailing, when a full card of racing took place amid gusts of up to 20 knots.

Sunday’s fourth and final race proved the most important of the day, when Emirates Team New Zealand managed to turn a bit of bad luck—a punctured port hull and a hooked rudder—into an outright victory. Though the team spent most of the race in fifth place, they made a last-leg comeback to victory. The Kiwi team ended the weekend in first place, with Oracle Team USA in second place. (But, as they say in the America’s Cup, there is no second place.)

The series continues at Chicago’s Navy Pier on June 11 and 12. (americascup.com)