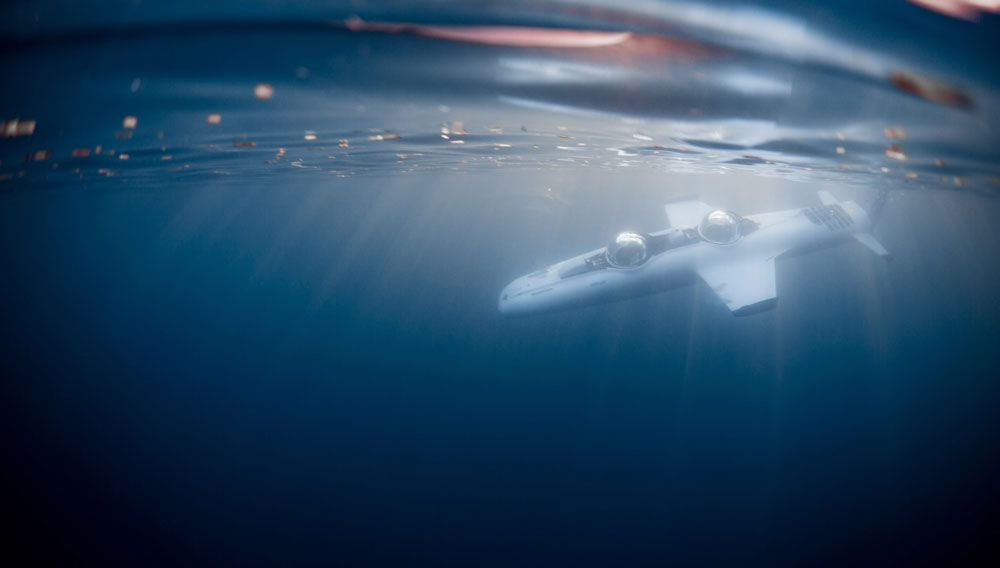 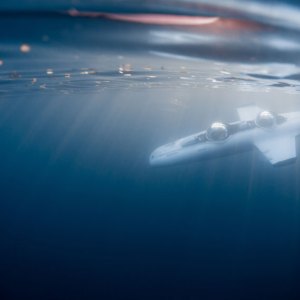 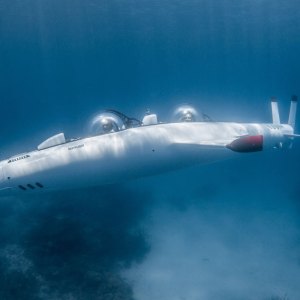 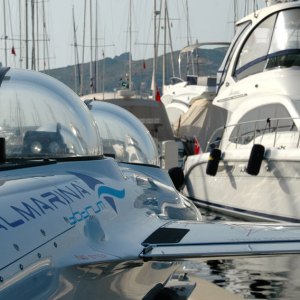 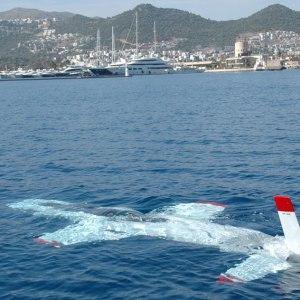 Tourists to the Turkish Riviera and its famed Turquoise Coast can now get a deeper appreciation for its natural beauty, thanks to the DeepFlight Super Falcon personal submarine. Located on the southern tip of the Aegean Sea, Palmarina Bodrum (the only megayacht marina in the country) has just acquired one of the state-of-the-art submersibles, the use of which will be available to the marina’s exclusive clients. Pricing for use of the sub varies depending upon the length of the dive, the number of passengers, and whether the service of a guide is needed.

Able to dive as deep as 400 feet, the 22-foot-long, fixed-wing explorer handles like a plane as it travels underwater at speeds as fast as 6 knots while controlled by fly-by-wire technology similar to that found in aircraft. Its two tandem passengers, meanwhile, are treated to unparalleled 360-degree views of the marine environment through their own acrylic canopies. Launched from either the 620-berth marina or from the 164-foot schooner Hazar Yildizi (available for charter), the electric-powered DeepFlight Super Falcon can access some of the region’s finest dive sites. Submariners silently glide alongside countless grouper, barracuda, squid, sea turtles, and dolphin while visiting wrecks that include a Coast Guard patrol ship, Turkish Navy water tanker, and a Douglas C-47 transport plane—all deliberately sunk to form artificial reefs.

Created by the California-based engineer Graham Hawkes and his team at DeepFlight, the zero-emissions Super Falcon has been designed with safety at the forefront. Positively buoyant, it will naturally rise to the surface in the highly unlikely case of a malfunction, though one has never occurred. Sold on its success, owners of the $1.7 million submersible include the venture capitalist Tom Perkins and Red Bull cofounder Dietrich Mateschitz. (Sir Richard Branson owns another DeepFlight model). In September, Hawkes will unveil his latest model, the DeepFlight Dragon, which will be able to “hover” underwater, at the Monaco Yacht Show. (palmarina.com.tr)