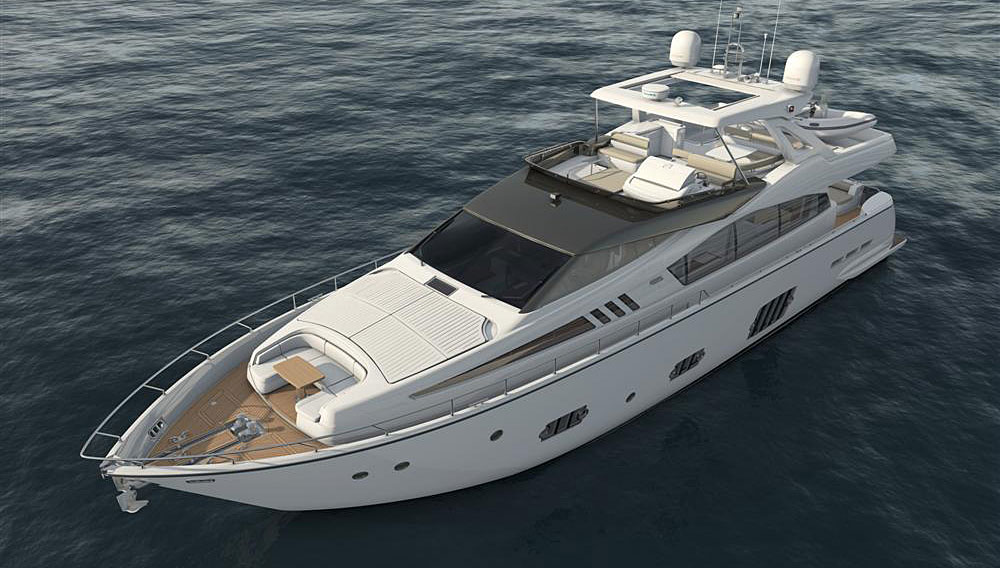 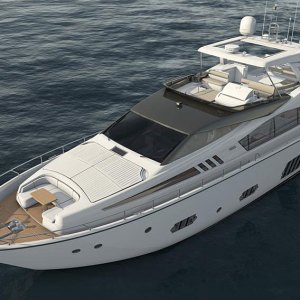 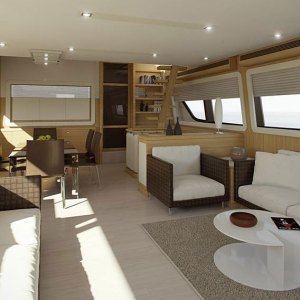 Ferretti’s new 800, which will make its debut at Cannes 2010, has several features to distinguish itself from other yachts in its class. The flybridge design takes a page from larger megayachts by making good use of all available deck space, including the bridge itself, with its opening hardtop and sun bed, as well as a separate sunning/seating area in the bow. Ferretti’s designers also broke ground with the design of the interior by placing the crew quarters in the bow area, and thus freeing up more space for the master suite and VIP cabins (which both seems even larger with large through-hull windows). The salon is also defined by many curved windows, filling it with natural light, as well as elm joinery and furniture, leather accents and other light-colored décor. A sense of expansive space permeates the interior. The 800, with a top speed of 31 knots, also promises to be a good blue-water cruiser. The Ferretti brand is known for its offshore prowess.