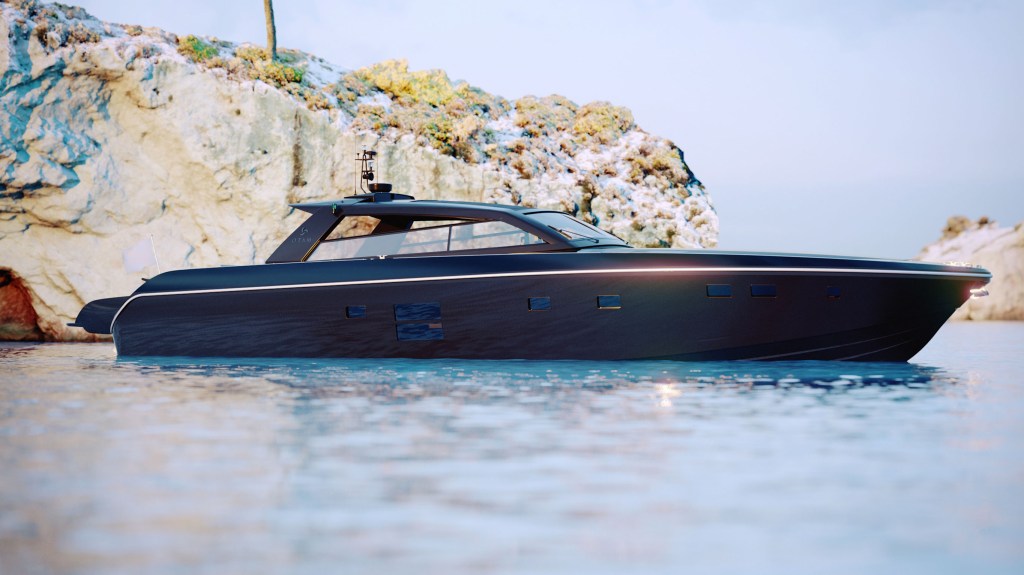 Otam has made some impressive custom yachts over the last few decades, including recent launches like the 80 Millenniums Mr. Brown and Mystere, as well as the 58-footer Crazy Too, tender to the 164-foot Heesen Crazy Me. The Genoa yard is known for building fast, stylized performance yachts that transport the dreams of their owners into the designs.

The latest model, a one-off 85 GTS, carries the same penchant for speed as other Otams, but this has a unique layout that includes a second full-beam master suite. The 85 GTS came from the drawing board of French architect Joseph Dirand, who looked to supercar design in the initial concept. The original drawings even had gullwing doors. An interested client wanted a less aggressive look, so Dirand toned down the sharp angles and car details, and even lost the gullwings.

Dirand also gave the exterior plenty of open lounging space, both fore and aft, and a broad open transom that leads down to the swim platform. The hard top has windows that extend along the sides but are not fully closed, so there is protection against the elements but also ventilation across the helm area. The area also as a bar and galley. Beautiful wooden planking gives the decks a classic look.

The 85 GTS will be a fast boat, capable of reaching 45 knots with its twin 2,600 hp MTU engines and Arneson surface drives. It has an equally impressive 38-knot cruise speed.

Dirand took a creative, unconventional approach to the interior, creating two full-beam master suites, one forward and the other amidships so neither the owner nor his guests have to settle for a small, cramped cabin. The hull and deck have been laminated at the shipyard, so the company will proceed with installing the engines and fitting out the interior. The boat is due to be delivered to its owner in June 2019.