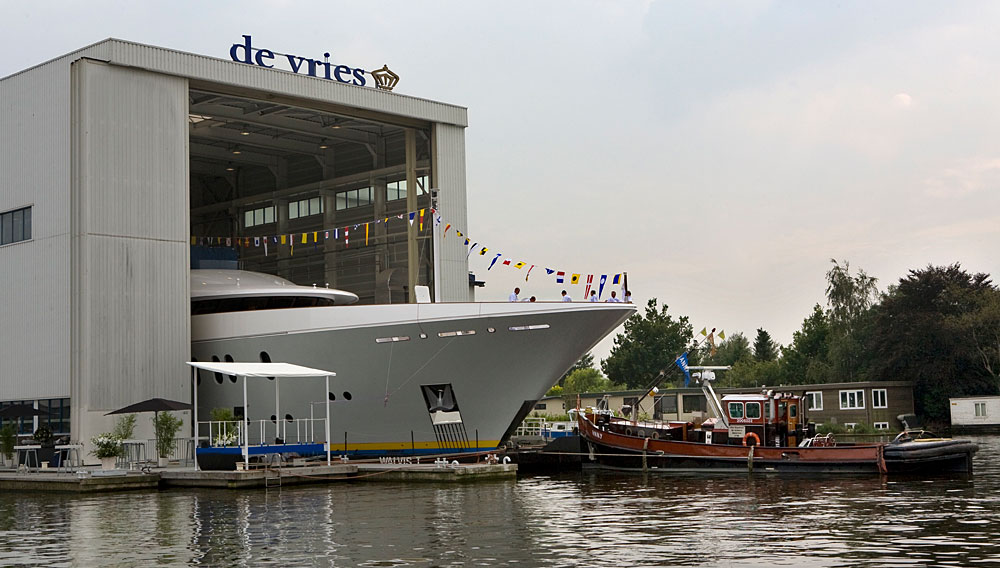 In early October, Feadship’s Koninklijke de Vries shipyard launched the 213-foot (65-meter) hull No. 680. From initial contact to completion, it took the yard three years to produce the twin-screw motor yacht, based on the experienced owner’s request. De Voogt Naval Architects designed the steel and aluminum yacht, with exterior styling by Clifford Denn. François Zuretti worked with the owners to create an interior that evokes the Golden Age of yachting but with 21st-century execution. This design dictated the rest of the yacht.

“Normally we start a project with some general specifications, then draw the lines, make a GA [general accommodations plan] and design the interior,” says Henk de Vries, head of Feadship’s Royal De Vries shipyard. “In this case, we received a very detailed specification and interior design from François Zuretti, and our challenge was to create a hull around this while incorporating all of the elements that one expects from a Feadship.”