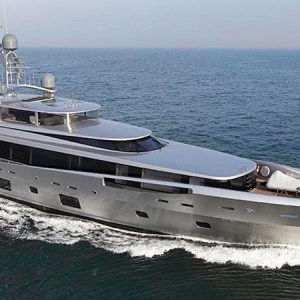 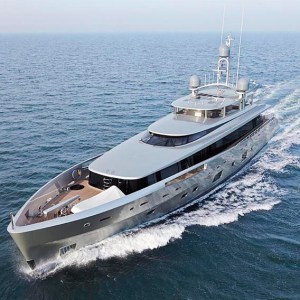 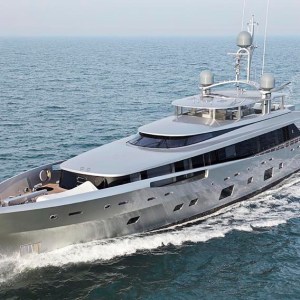 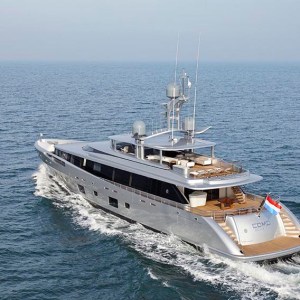 The Dutch shipbuilder Feadship, which has roots dating back 165 years, recently launched Como, a 152-foot superyacht that, at the request of its New Zealander owner, was designed with a special focus on maximizing the use of glass. Feadship is no stranger to the art of working with glass, as evidenced by its previous projects Hampshire II, which features a large window located below the waterline, and Venus, which was equipped with a gigantic bank of windows on its pavilion deck. For Como, Feadship was able to wrap the yacht’s main deck in a continuous surface of glass by setting it against the aluminum superstructure rather than into it. This design creates the illusion that the entire superstructure is supported by glass and provides largely uninterrupted views from the yacht’s salon and forward owner’s suite.

Feadship makes the most of Como’s limited two decks of space by positioning the wheelhouse between the flybridge and the owner’s suite, creating what the company refers to as a semi-raised deck. The boat’s spacious flybridge provides an ideal space for outdoor entertaining, though if weather turns foul, the entire area can be enclosed by glass panels that rise from the deck. The yacht is equipped with four below-deck guest cabins, each of which has uncommonly large hull windows. Though details about the yacht’s interior have not been released, Como’s interiors, if previous examples are any indicator, are just as well conceived as its exterior. Feadship’s research into the yachting applications of glass has not ended with the delivery of Como. In fact, the company is already teasing the possibility of using extra-thick glass as a load-bearing, structural element in future projects. (www.feadship.nl)