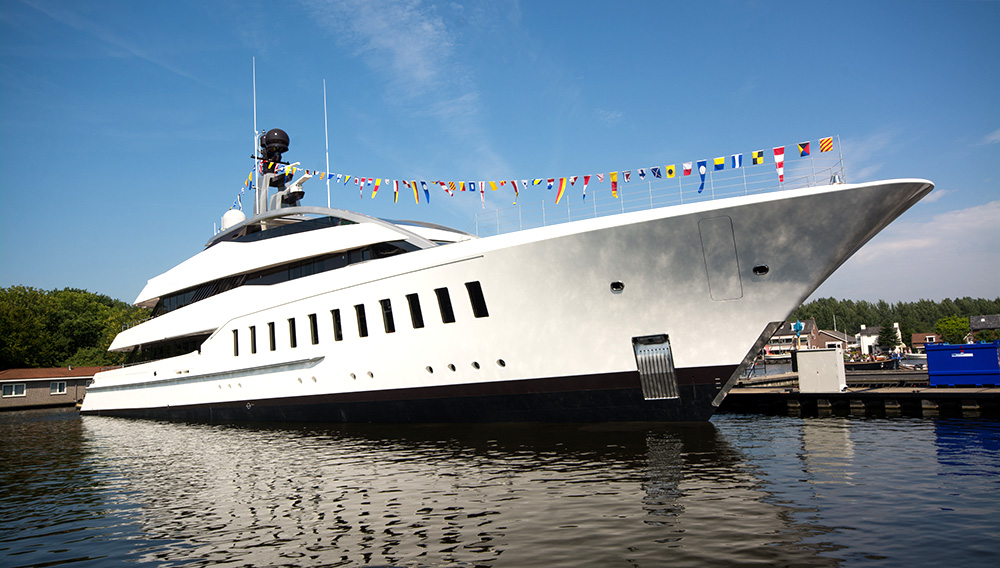 Feadship Halo is the newest custom superyacht from the Dutch shipyard. The 187-foot vessel, which was commissioned by an owner who was impressed by the yard’s 148-foot yacht Helix after chartering it, took just 33 months to complete. The new yacht features naval architecture that is something of a departure for Feadship, though the company has been branching out in recent years with such designs as Savannah, Kiss, Como, and Venus. The visionary designers at the London firm Eidsgaard Design penned Halo’s somewhat radical exterior lines.

The most playful exterior design element is the large silver arch that sweeps above the superstructure. A curvaceous white exterior further highlights the yacht’s geometric design theme. In addition to the 11 rectangular porthole windows running along the amidships portion on both sides of the hull, Feadship’s expertise with glasswork is also seen in the aft section of the main and upper decks, where large panels of dark-gray glass constitute much of the structure.

The larger-than-usual sundeck—which extends 16 feet farther than similar spaces on most other ships of this size—includes a hot tub built specifically for the yacht, an electronically retractable awning, and space for sunbathing. The ship also houses a touch-and-go helipad and two belowdecks garages with space for tenders, water toys, and 28 dive tanks for the owner’s favorite hobby, scuba diving.

The interior, conceived by the Mexican architect and interior designer Bernardi Peschard, combines light-colored oak and dark woods with bronze inlay. Accommodations include an owner’s stateroom with his and her bathrooms, four guest rooms, and a VIP suite—all of which take advantage of the yacht’s large window panels for panoramic ocean vistas. The yacht also has accommodations for 14 crew. Halo cruises at 16 knots and has a range of 5,000 nautical miles, which is quite impressive for a sub-200-foot yacht. (feadship.nl) 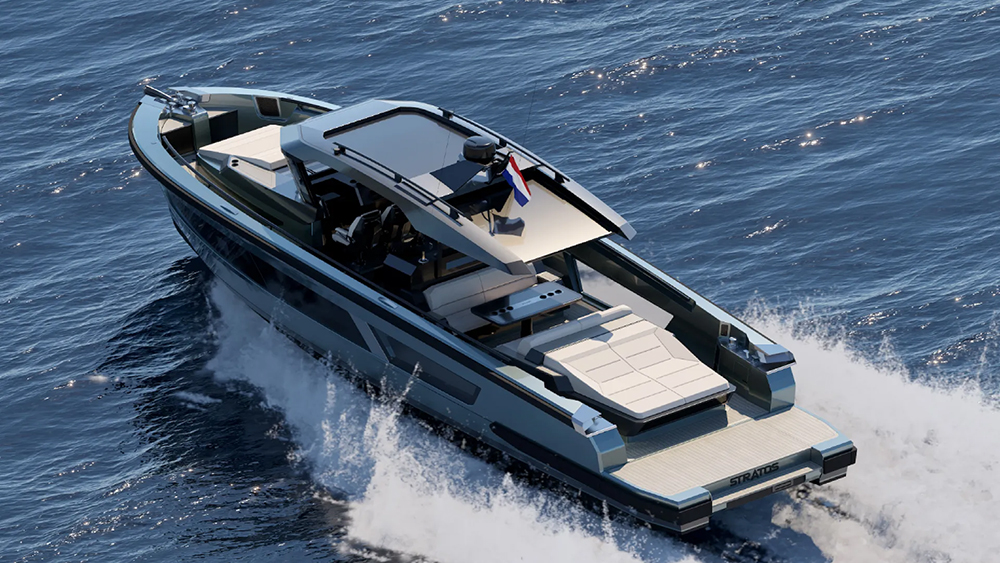