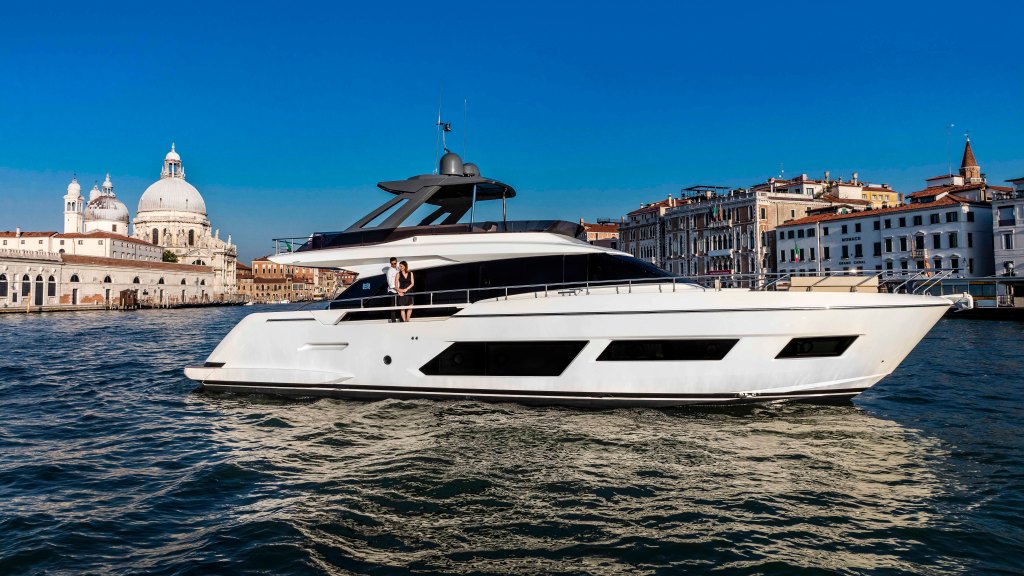 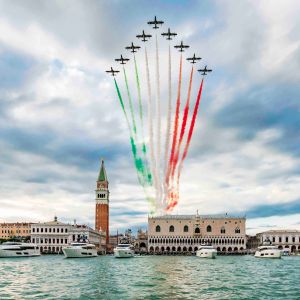 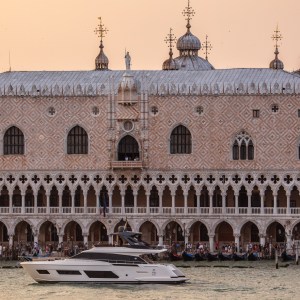 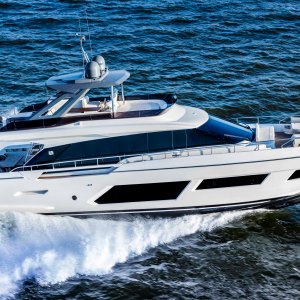 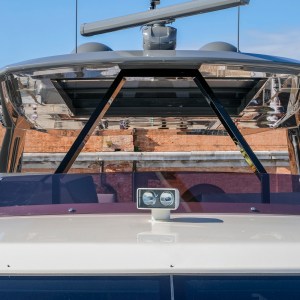 Ferretti Group is giving itself a very special anniversary gift this year, as it celebrates 50 years of yacht building. Ferretti Yachts’ new 670 is a collaboration between designer Filippo Salvetti and Ferretti’s engineering team. The combination of a famous outside architect and in-house specialists gave the 670 its svelte profile and clean lines, 360 degrees of windows on the main deck, social areas on the foredeck, and a long, generous flybridge. The bridge has sun lounges in front, along with a U-shaped settee and dining table, and an outside bar. An optional hardtop is also available.

The 670 joins Ferretti Yacht’s 780 and 920 models that were launched last year. The new golden child somehow manages to feel like those much larger yachts within the space of a 67-foot hull. The main deck has an open-plan layout, all the way from the cockpit up through the helm station, with big windows and tall headroom that give it an expansive feel. White decor, zebrano cabinets, and lighting inset into the ceiling add a contemporary designer feel.

The yacht has three cabins on the lower deck, including a forward, full-beam VIP, a twin cabin, and a full-beam master with walk-in closet, a large bathroom with glassed-in shower, and a vanity and lounges in the bedroom. Ferretti offers a second version with an extra single cabin for a captain. The 670 comes in two engine options: twin 1,000 hp or 1,200 hp MAN diesels, giving it a top-end speed of 28 and 32 knots, respectively. The cruise speed is a highly respectable 25 knots. The 670 will be making its official public debut at the Cannes Yachting Festival in September, but enthusiasts enjoyed a sneak peak in the water city of Venice in June that included a parade near the Piazza San Marco and a flyover by the Italian Air Force that colored the skies above Venice.