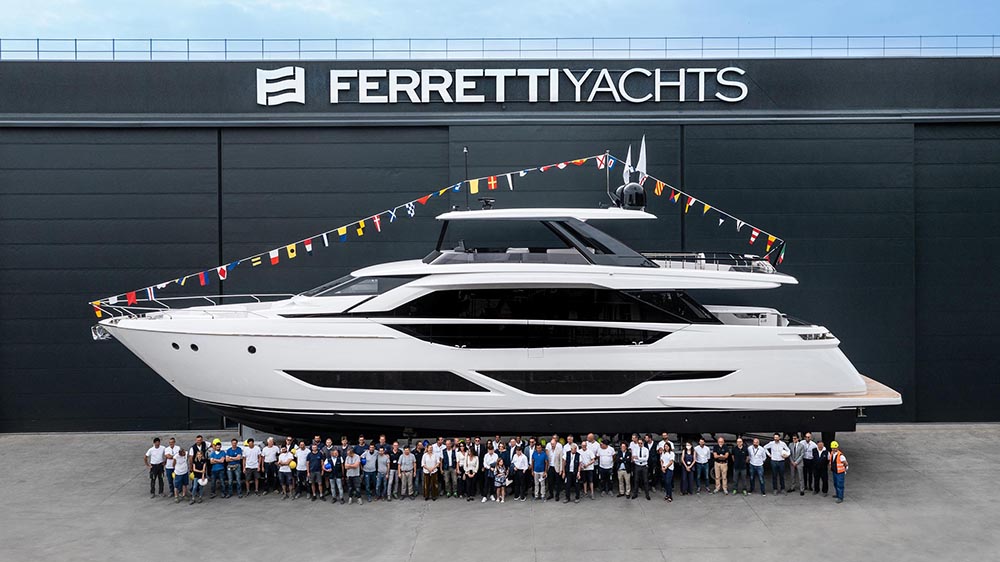 Ferretti’s doesn’t believe that luxury and technology are mutually exclusive.

Witness the Italian outfit’s new Ferretti 860, which hit the seas on Wednesday just eight months after it was introduced. The luxury yacht, which spans 88 feet from tip to tail, combines classic “Made in Italy” style with modern tech and engineering.

Commissioned by an Italian owner with an affinity for contemporary design, the vessel is the third Ferretti model developed in partnership with Filippo Salvetti and Ideaeitalia. The exterior, which was spearheaded by Salvetti, sports clean lines and a partially open flybridge.

The interior, meanwhile, was brought to life by Ideaeitalia and takes cues from the Art Deco aesthetic. The owner opted for the Classic Mood interior package that includes a palette of warm, dark colors with bold contrasts. Ferretti says this color scheme helps highlight the yacht’s impressive size. (There are no photos yet to see if that’s indeed the case.)

The exact layout is yet to be confirmed, but the standard configuration sees three double cabins on the lower deck, a master suite amidships and crew cabins forward. There is also a large spiral staircase linking the main deck to the lower deck.

Moving outdoors, the aft deck comes fitted with a large lounge, while the flybridge is home to the helm station, bar and L-shaped sofa. At the bow, there is a third alfresco lounge.

After her maiden cruise in the Mediterranean, the yacht will be one of the stars at the Ferretti Group Private Preview in Monte Carlo. She will then make her world debut at the Cannes Boat Show in September 2022.