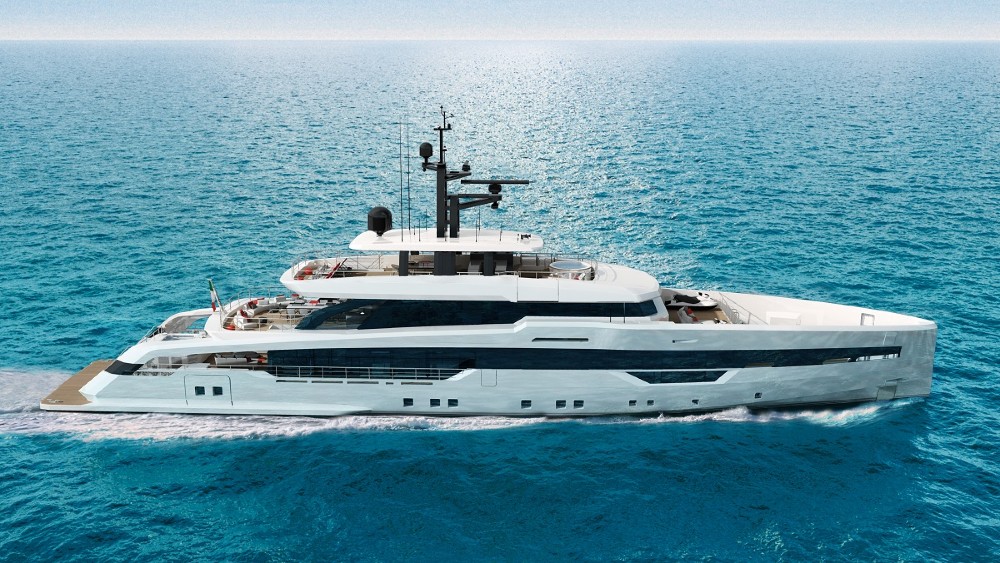 CRN has released images of the interior of Hull 142, a 171-foot bespoke yacht with an interior volume of 499 gross tons. The Italian custom superyacht builder will reveal the boat’s official name when it launches this spring. It’s currently in the final stages of construction at CRN’s Ancona yard.

The yacht’s exterior shape was designed by Omega Architects, which gave it a sleek, sporty look. Massari Design did the interior and exterior spaces to create a sense of flow and connectivity between inside and out. The five-stateroom yacht is designed for 10 guests across four decks.

The company said that the owner wanted “social zones” across the yacht, both inside and out. The Massari interiors are simple and homey, employing warm colors that combine with marble, leather and solid woods. The designers also used floor-to-ceiling windows to enhance natural light as often as they could in different rooms.

Spacious, informal, connected to the exterior. The owner went for a simple look in the main salon that blends interior and outdoor living.  Courtesy CRN

The widespread use of glass is the main-deck salon’s main feature, which includes a large social area and dining table. Mirrored surfaces also enhance the light across the large space. The connected outdoor lounge includes a rectangular spa. On the same deck, forward, is the owner’s suite with a private study. It also has a very simple style, with plenty of glass.

The owner also wanted some of the spaces to do double-duty, including the lounge on the upper deck, designed as a social area or cinema with a giant screen. It opens to the exterior deck so that whole area becomes an al-fresco dining zone. The side area has glass paneling in the superstructure to prevent gusts of wind, so it can be opened up, without being unruly.

The top sundeck is another multipurpose area for sunbathing, enjoying drinks at the horseshoe-shaped bar, with another dining area. The boat also has a solarium and hydro-massage pool on the bow.

Double duty: The skylounge serves as a social area, but also a cinema.  Courtesy CRN

The beach club also integrates interior and exterior, with access to the water but also a television and bar inside that connects to the yacht’s wellness area, which has a hammam and shower.

Notice the simple designs below, with the constant connection to the outdoors.