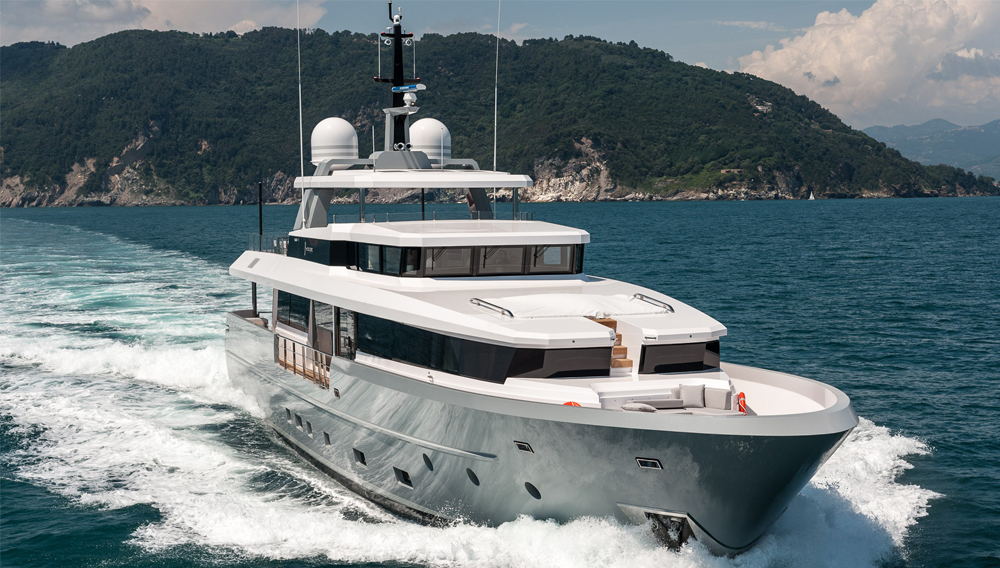 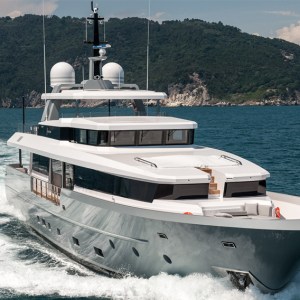 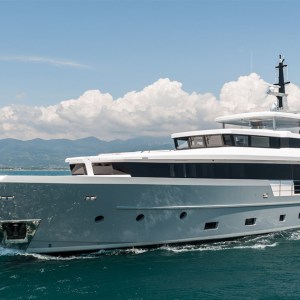 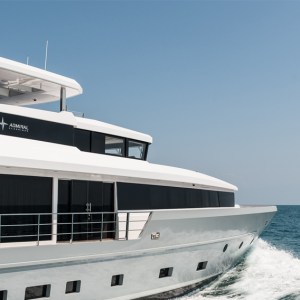 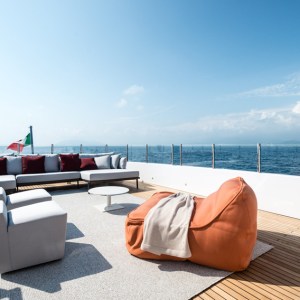 This has been a busy year for the Italian Sea Group, which recently celebrated its seventh launch of 2014. Producing ships under the Admiral, Admiral Sail, and Tecnomar brands, the Carrara, Italy, company began its string of launches in May with the less-than-exciting debut of a new barge; but within two weeks, the company had introduced its first yacht of the year, an Admiral Classique 35 christened Foam.

Created by the Italian Sea Group’s in-house team, the 115-foot Foam features a traditional design that emphasizes simple, clean lines. The boat’s gray steel hull is lowered to deck level at midship to enhance the views afforded by floor-to-ceiling windows in the main saloon. The full-beam owner’s suite and three guest cabins are outfitted with leather-paneled walls and bespoke furniture. Outside, the yacht is equipped with an aft beach club and an expansive sundeck.

In the months following the debut of Foam, the Italian Sea Group launched five more new yachts: the 131-foot Low Profile from the Tecnomar Nadara series; the 148-foot Flying Dragon from the Admiral Regale series; the 121-foot Nono from the Admiral Impero series; the 75-foot sailing yacht Gigreca, and its latest motor yacht, the 154-foot Entourage from the Admiral Maxima series. Amenities on this last boat, which launched in July, include a sky lounge connected to a starboard balcony, a large hot tub, an outdoor bar, and a master suite outfitted with a private gym and sauna. (www.theitalianseagroup.com)

Solar-Powered Yachts Are Taking Over. Here’s Why That’s a Good Thing.

Imax Chief on ‘Tenet,’ ‘Wonder Woman 1984’ and How the Company Is Handling Coronavirus