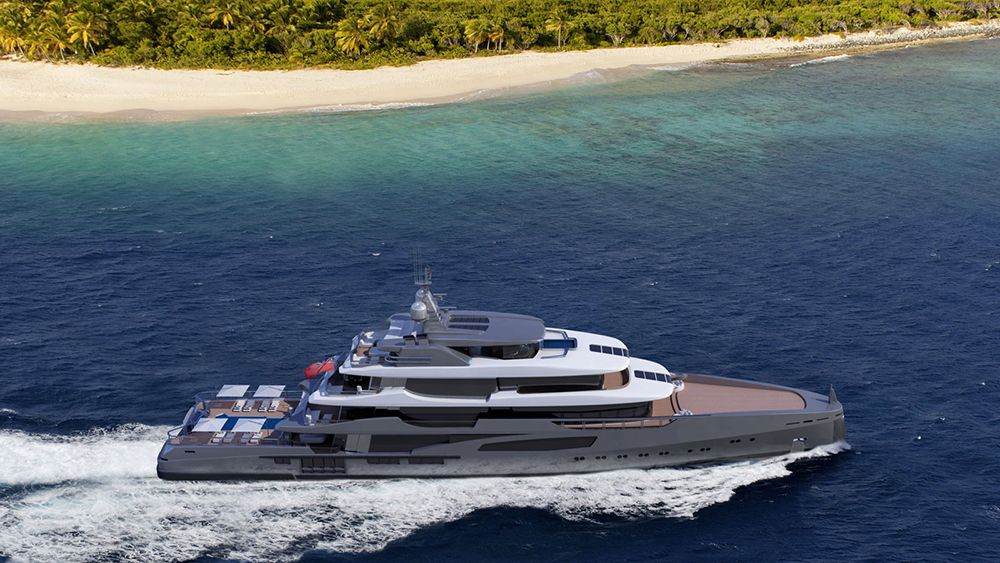 A good cinema is part and parcel of a luxury superyacht, but acclaimed German yacht designer and naval architect Frank Neubelt has really upped the ante with his latest concept.

The 230-footer, aptly christened Screen, features not one but two movie theaters onboard for second-to-none cinematic bingeing on the high seas. And that’s just the start of the lavish onboard amenities.

The vessel, which was unveiled by Neubelt’s eponymous firm and German Yacht Couture at this year’s Monaco Yacht Show, boasts a generous 1,400 GT interior with just shy of 7,600 square feet of living space, along with ample outdoor areas for lounging and sunning.

The sun deck has one cinema and the beach club has the other.  German Yacht Couture

The superyacht is spread across four decks and comes equipped with an elevator by Lift Emotion to make navigating a breeze. She can sleep 14 in total across seven cabins. Quite rightly, the standout is the master stateroom, which is located on the dedicated owner’s deck and flanked by private terraces to the fore and aft. Guest accommodation, meanwhile, comprises four twin cabins on the lower deck and two VIP suites on the upper deck that each come with their own private terrace, lounge and office.

While cruising, seafarers can make use of the sprawling beach club that spans some 1,184 square feet, as well as the sizable 26-foot infinity pool, sauna, steam bath and gym. If that’s not enough, the vessel also sports a sundeck with a Jacuzzi, a swim platform to the aft and a garage forward that’s jam-packed with toys and tenders measuring up to 30 feet.

Screen is ripe for global adventures, too. Featuring a fast-displacement hull, the vessel packs a quartet of hybrid diesel-electric Rolls Royce engines that reportedly give her a top speed of 18 knots and range of 9,000 nautical knots when cruising at 10 knots.

We imagine there will be quite a few marine enthusiasts and movie buffs vying to score some Screen time.