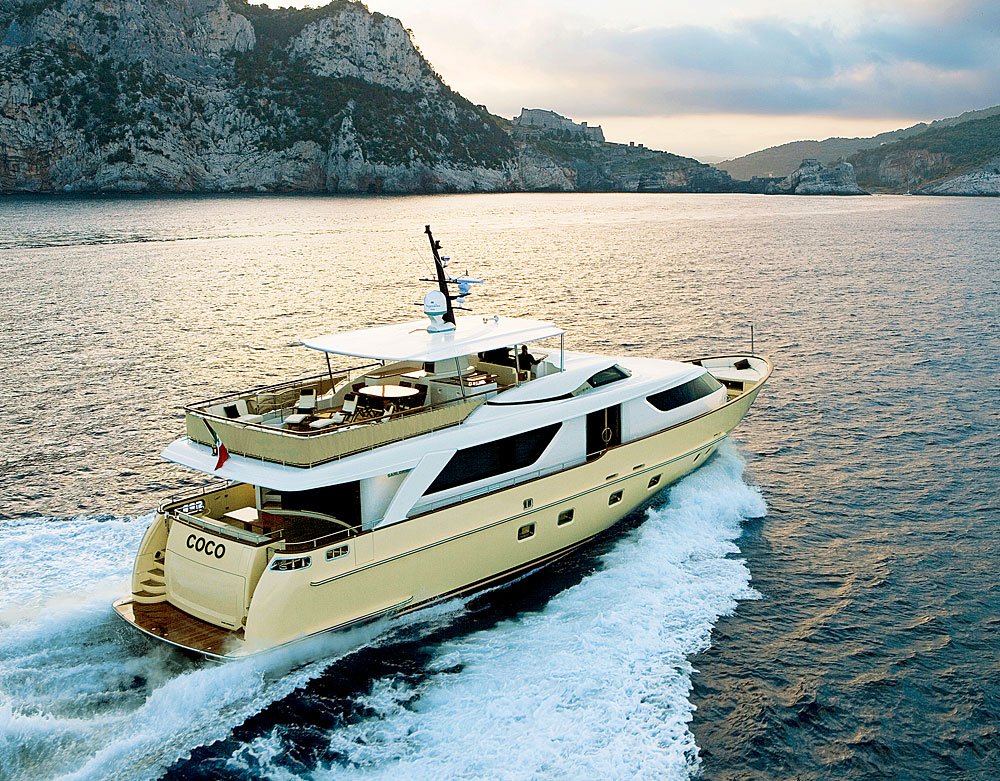 Massimo Perotti was a happy man during this past fall’s Monaco Yacht Show. The chairman and CEO of Italian boatbuilder Sanlorenzo (www.sanlorenzoyacht.com) was at the event to unveil two additions to the firm’s line of semicustom yachts. Sanlorenzo recently opened a division in Viareggio, Italy, and that yard’s first model is the 91-foot Sanlorenzo SD92. “What we want to do,” Perotti said, “is create a sense of well-being like you would experience at home.” He appears to have accomplished this goal with the SD92, a $10 million, round-stern vessel called a navetta that can hold eight guests and four crew. The semidisplacement yacht achieves 21 mph and has a range of approximately 2,300 miles. Perotti also debuted the Sanlorenzo 40 Alloy, a 126-foot, $16 million aluminum craft with a planing hull and more muscle than the SD92: It reaches 32 mph. Certain aspects of the 40 Alloy’s exterior styling (such as its narrowed-eye-like windows) could be construed as menacing—a trait that might appeal to security-conscious boaters.