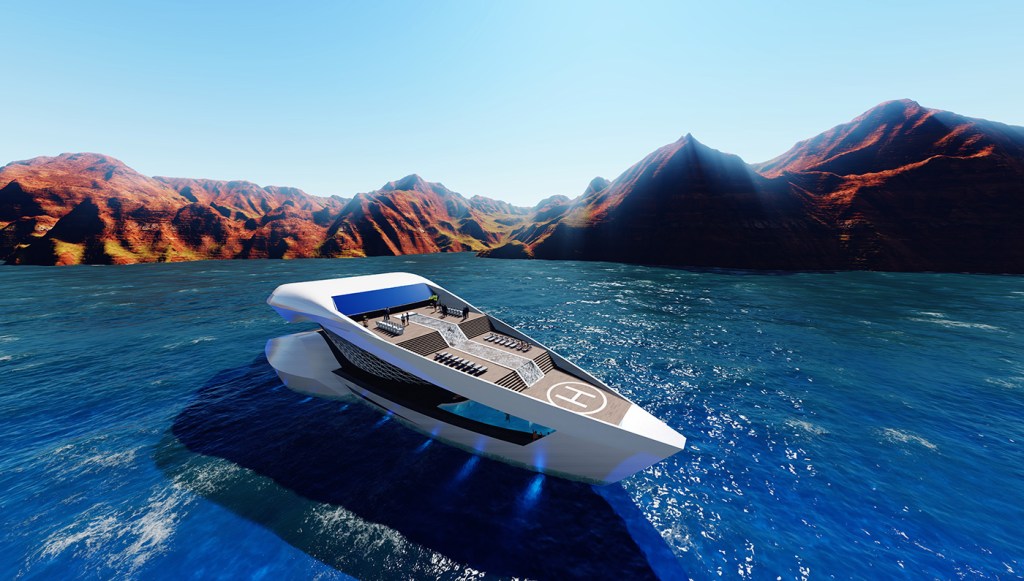 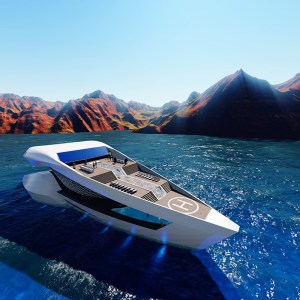 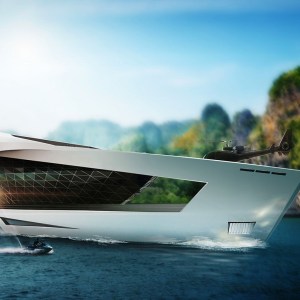 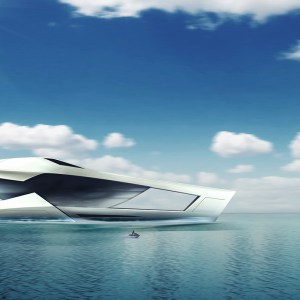 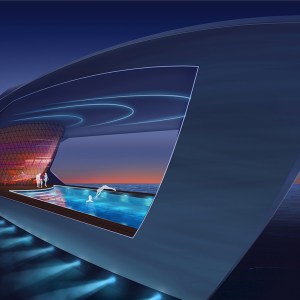 Resembling an intergalactic explorer more than pelagic pleasure craft, the Sea Level 262-foot CF8 Future Concept yacht will, when realized, be out of this world. The Netherlands-based design team has imagined a vessel at the vanguard, one that will also combine another favorite focus of the connoisseur lifestyle—a supercar collection.

The CF8, whose designation references its emphasis on cars, family, and the yacht’s length of 80 meters, presents a delightful dichotomy of design in its unique superstructure and hull integration. Sharply angled lines and an aerodynamic aesthetic provide a framework for the rounded residential centerpiece composed completely of glass. Both elements border a breathtaking use of open space at the bow that is highlighted by a 947-square-foot swimming pool with a waterfall that flows from a tiered river feature on the upper deck.

Located aft within the near-spherical core of the cruiser will be a 1,076-square-foot showroom capable of displaying up to eight automobiles and accessed by a boarding platform.

Along with the stability provided by the yacht’s generous beam of over 98 feet, a further sense of balance is found with additional interior enticements that include a spa with a sauna and steam rooms, a gym, a theater, and eight en suite guest cabins with walk-in closets. And a dedicated owner’s area features a stateroom with a private deck and two separate accommodations for the nanny and butler. Among the ample amenities planned for outside are two hot tubs, a sundeck, a helipad on the foredeck, two 32-foot tenders, four personal watercraft, and a DeepFlight Dragon submersible.

With a hybrid diesel-and-electric propulsion system, the yacht will have a maximum speed of 18 knots and a range of 5,000 nautical miles, making it the quintessential conveyance to any overseas concours. (sealevel.nl)