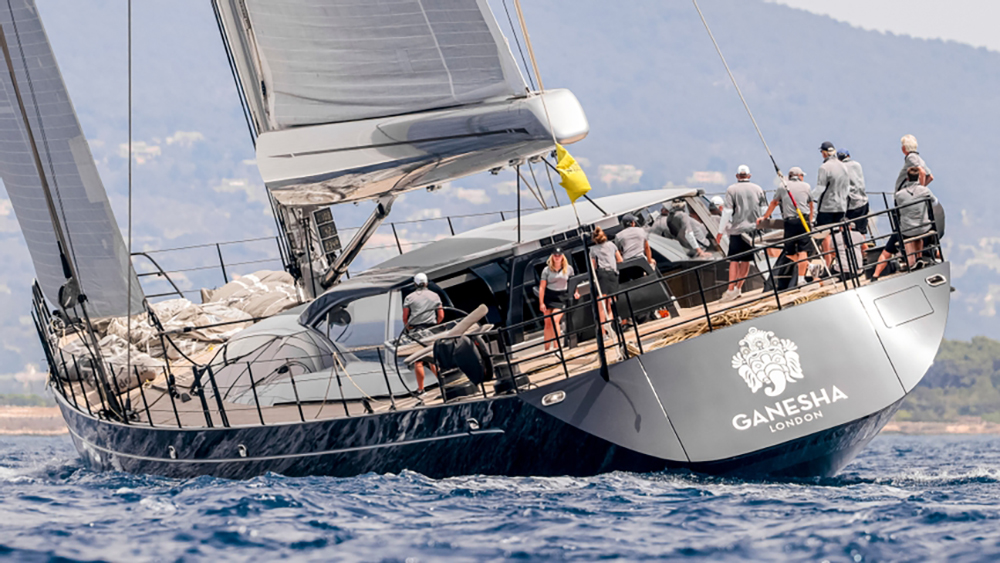 After a truly nail-biting finish, Ganesha has emerged as the victor of the Superyacht Cup Palma.

Europe’s longest-running regatta wrapped up Saturday, July 2, with results that could not possibly have been closer, according to event organizers. At the end of the third and final race, two Vitters yachts finished level on points with identical score lines. The jury was then forced to look back over the previous races to crown a champion.

The elegant 150-foot sailing yacht Ganesha, which is named after the Hindu deity, was eventually named the overall winner on account of her earlier performances. The sleek, all-aluminum sloop is powered by a Caterpillar engine and can reach more than 14 knots at full tilt.

“It was a bit of a surprise win and we certainly weren’t expecting it, either the class or the overall,” Ganesha‘s skipper Alex Pamment said in a statement. “It was very, very close.”

In both the Pantaenius and the New Zealand race, Ganesha came second in her class. In the St. Regis race, though, she finished nearly an hour ahead of her fellow Class B competitors. Pamment credits the weather and the skilled tacticians for her success.

The Dutch shipyard’s 143-footer Svea was awarded second overall and was also named winner of a hard-fought J Class contest. A testament to the very tight racing at the regatta, the Class A contest was also decided on countback. The 108-footer Pattoo, another Vitters build, took home first place thanks to her narrow victory in the St. Regis race.

“Superyacht Cup Palma has always offered friendly but competitive racing, and this year has delivered that in spades,” SYC event director Kate Branagh said at the prize-giving ceremony. “Having the overall winner in doubt until the last moment makes for incredibly exciting racing, and we hope that all the owners, captains and crews have had a great time whatever their finishing position.”

SYC organizers have already announced that next year’s event will be held from June 21 to 24. It’s going to be difficult to top this finish, though.