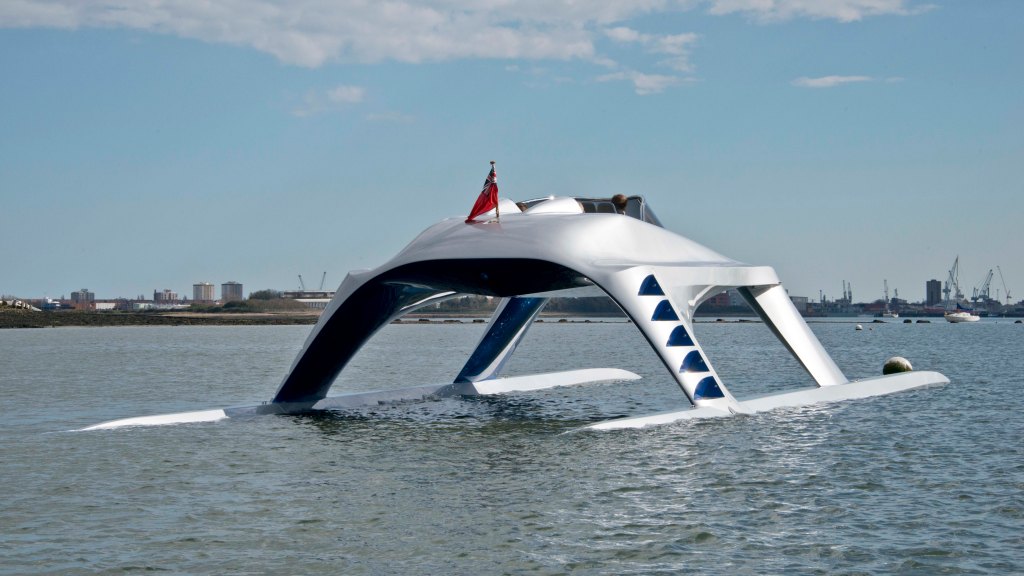 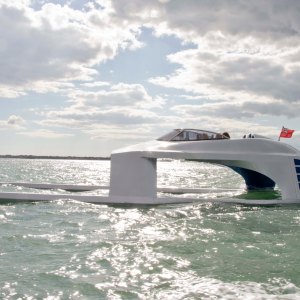 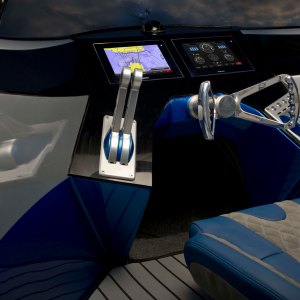 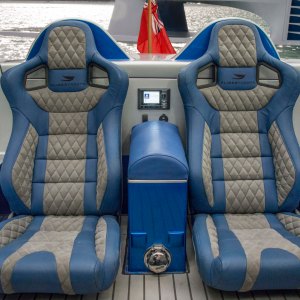 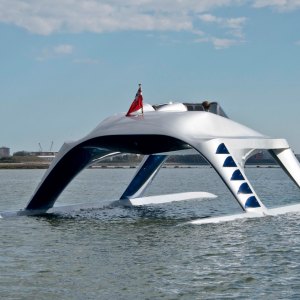 The beautiful thing about yachting is that dreams often do come true. Seven years ago, Captain Rob McCall had the idea of creating a yacht that nobody had ever seen before. It would ride over the water, perched six feet above long, narrow wave-piercing hulls that would glide over heavy seas. It would need much smaller engines because of far less wetted surface. McCall envisioned a fast cruiser with a luxury cockpit, able to run in big seas from Miami to the Bahamas or Saint-Tropez to Monaco, with a silky-smooth ride.

On Thursday, McCall’s dream, the 59-foot Glider SS18 from U.K.-based  Glider Yachts, was presented to the world at the London On-Water show. With its sci-fi profile, the SS18’s 17-foot-wide cockpit can carry four passengers and a “pilot,” who flies the boat. McCall, an engineer and former yacht captain, says the company used aerospace technology in the design and build processes. The boat’s geometry, specifically how its 60-foot aluminum hulls interact with air and water, is key to its soft ride. “The hull form, propulsion, and our Stability Control System actually tune to the sea conditions, which allows the boat to glide over the waves,” says McCall. Its trim is controlled by moving the fuel fore and aft, or taking on water, which serve as ballast to match sea conditions. That’s better than using conventional trim tabs that would add drag to the hull.

The SS18 will have a top end of 50 knots. The cockpit is more race boat than cruiser, with leather Corbeau bucket race seats, a powerful JL Audio sound system, and, yes, a Champagne cooler. The helm features a drag-racer steering wheel, racing throttles for the four 300 hp supercharged Yamaha engines, and high-tech, touchscreen Garmin helm consoles. Its Hyper Sports version will have triple the horsepower and should reach a top end of 96 knots. McCall says only three Gliders will be built this year. The SS18 will sell for about $1.3 million. After its London show debut, it will be at the Cannes and Monaco yacht shows in September.