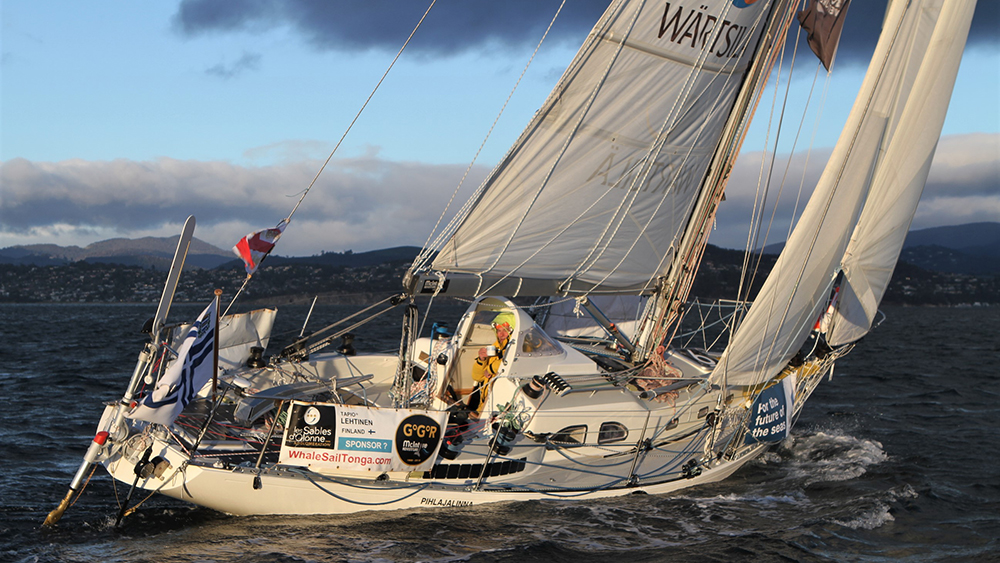 The heavily retro Golden Globe Race, which starts September 4 from Les Sables-d’Olonne, France, can claim to attract some of the world’s most eclectic die-hard racers. Pro sailors used to 80-day circumnavigations in multimillion-dollar carbon-fiber foiling hulls, with onshore teams and big-budget sponsors, probably need not apply.

“It’s the loneliest race in any sport: six to 10 months alone, with no electronics or communication with the outside world—just you, your boat and the ocean,” says organizer Don McIntyre, who views the GGR as the antithesis to today’s high-dollar, high-stakes round-the-world races.

This year’s event has the same rules and technology as the original Sunday Times Golden Globe Race of 1968-1969, a solo circumnavigation so extreme that, of the nine sailors who departed, one was rescued after his boat sank, one died by suicide, another decided to sail for Tahiti instead and five others quit. Only Robin Knox-Johnston finished. That made Sir Robin, as he’s now known, the first person to complete a nonstop, single-handed circumnavigation, aboard his 32-foot ketch Suhaili.

“It was a huge undertaking, but an even bigger one on land,” recalls Istvan Kopar, who raced Puffin, starting on July 1, 2018, and finished in fourth place on March 21, 2019. “My boat was 30 years old when I bought it and had been up on blocks for the last 10 years. Restoring it took three years and 2,500 hours,” Kopar says of the work leading up to the race.

“I had my toolbox out constantly,” says Finnish competitor Tapio Lehtinen, whose Asteria was originally built in 1965. After reaching Tasmania, about halfway around the world, Lehtinen discovered a crust of barnacles between two and five inches thick on the boat’s bottom—which helped explain why he’d been passed by competitors. When he jumped into the ocean to scrape the barnacles off, “a huge shark started swimming around the boat,” he says. Lehtinen jury-rigged a hook with a blade and could get a small hull section clean by working from inside the boat but chose to leave the rest. He finished a distant fifth.

Part of the Golden Globe’s allure is that racers are limited to 32- to 36-foot production sailboats designed before 1988 and must use 1960s technology. Forget GPS, radar and sonar; think instead sextant, paper charts and celestial navigation. Racers have to store all the fresh water and food they’ll use for the trip. Even onboard entertainment is specified as throwback: cassette tapes for listening pleasure, plus 35 mm cameras and Super 8 to record the races.

For months, the sailors don’t see a human being. They catnap every few hours, with one eye constantly watching shipping lanes for oncoming freighters. It’s consistent and often grueling work, and most of the Golden Globe racers are older, with ocean-sailing backgrounds. Lehtinen, 64, crewed in the 1981 Whitbread Round the World Race and many others, while Kopar, 69, started his first solo circumnavigation in 1990, finishing a year later. Jean-Luc van den Heede was 74 when he won the 2018 Golden Globe.

But the 2022 edition is trending younger, with offshore racers such as 27-year-old Elliott Smith, from Jacksonville Beach, Fla., Canada’s Gaurav Shinde, 35, and Kirsten Neuschäfer, 39, from South Africa, the second female competitor in the series. Damien Guillou, 39, is being touted as the favorite thanks to his offshore racing career and sponsorship by the PRB Group.

Despite its man-against-the-sea reputation—especially the segment that calls for sailing solo for months in the notorious Southern Ocean—Lehtinen relishes the race’s leisurely pace. “I was alone for months but never felt lonely,” he says. “I read books and listened to cassette after cassette of classical music. It was wonderful.” For the upcoming race, 38 sailors originally signed up, but only 18 are “provisional”—meaning they plan to reach the starting line.

After his 2018 race, Lehtinen will shave 1,000 pounds from Asteria’s weight by cutting water and fuel. He has trained for this year’s event but says it’s not as physical as the Ocean Race and Vendée Globe series suggest a circumnavigation must be. “You don’t have to be Tarzan,” he says. “The key is to prepare as much as you can so you don’t hurt yourself or the boat. That boat is your survival.”