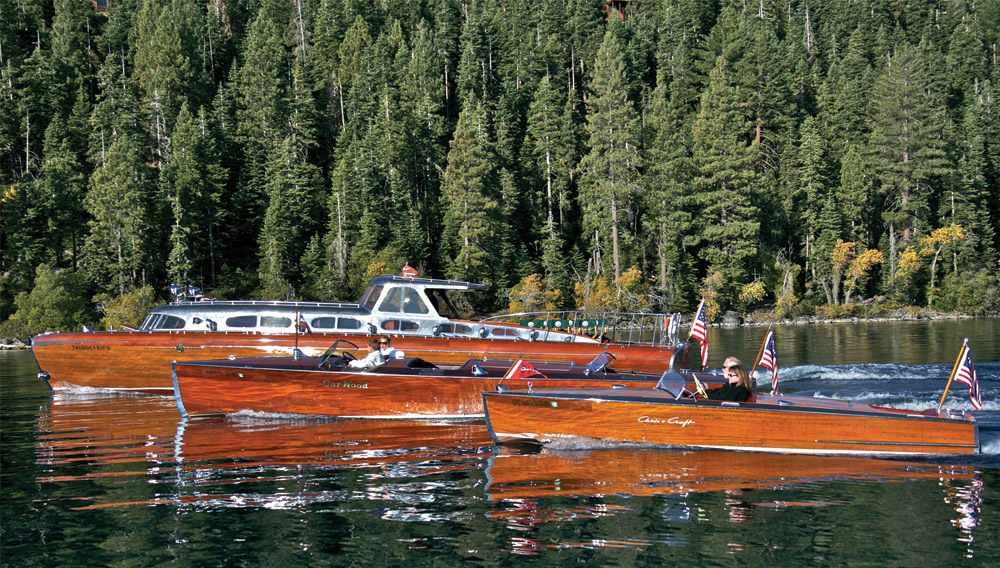 Obexer’s Boat Co., a family-owned marina since 1911, could be considered the birthplace of wooden boating on Lake Tahoe, because the founder was responsible for introducing Gar Wood boats to the area. So it is fitting that Obexer’s will be the new venue for the 2014 Lake Tahoe Concours d’Elegance (www.laketahoeconcours.com)on August 8 and 9. This will be the 44th year for the event that honors classic wooden boats.

This year’s featured marque class is barrelbacks. Originally designed by the naval architects John Hacker and George Crouch, a barrelback has a vertical transom that curves upward, around, and down in an unbroken line from one side of the waterline to the other, when viewed from behind the stern. Gar Wood, Hacker-Craft, Chris-Craft, and others produced these models, and the concours is hoping for a strong representation of true barrelbacks produced before World War II.

The actual concours takes place on Friday and Saturday, but the social events of Wooden Boat Week start before and continue after, and the concours promoters caution that all social events sell out. These include an opening-night gala, an awards barbecue, a “Woody over the Bottom” race, and separate men’s and ladies’ lunches. Ticket holders for the Wine Village, open during the two-day concours, will receive a commemorative wineglass for sampling wines from the western United States; this is also a sellout each year. Tickets are available through the web site, and the sponsoring Tahoe Yacht Club Foundation donates a portion of the proceeds to maritime education in the Lake Tahoe area.  .