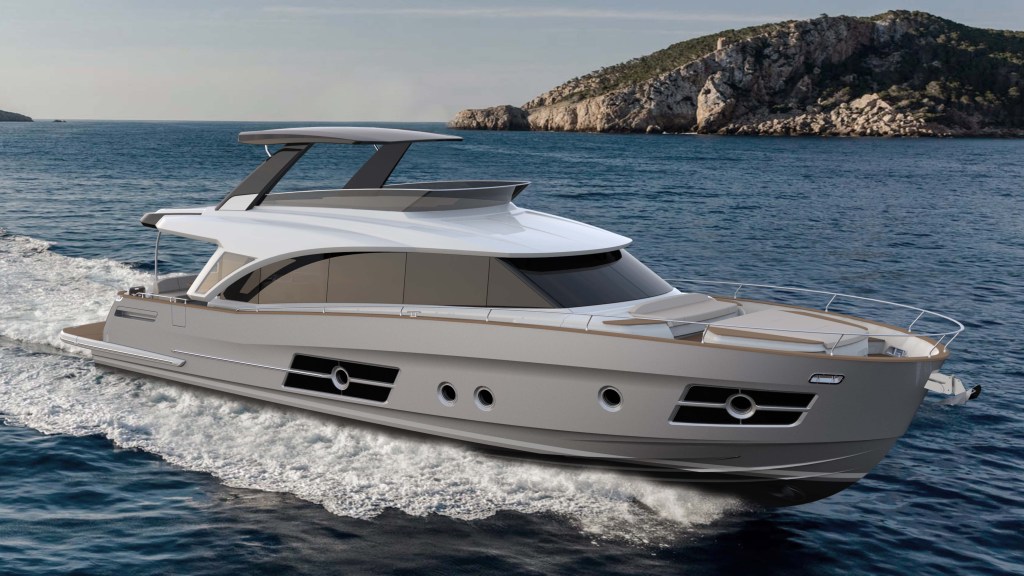 Greenline, known for its hybrid-powered yachts, has made a significant leap in luxury with its new OceanClass 65. The flybridge motor yacht, which will make its debut at the Cannes Yachting Festival this month, was designed to be operated by its owners—such as an experienced boating couple or former sailors, rather than a professional crew—who want a long-distance cruiser. Greenline does, however, offer optional crew quarters for two at the stern.

The main-deck layout gives an idea of what the designers had in mind: A single helm seat up front is positioned across from a large U-shaped lounge for guests who want to keep the captain company. At the rear of the deck is the galley, positioned across from the dining table and just yards from another alfresco dining table out in the cockpit. The simplicity of this layout retains the privacy of each section, while the open plan, ample headroom, and 360 degrees of windows gives this inner sanctum plenty of light and space. Well-crafted woodwork, stonework, and details like brushed aluminum panels add a sense of simple elegance to the overall design. 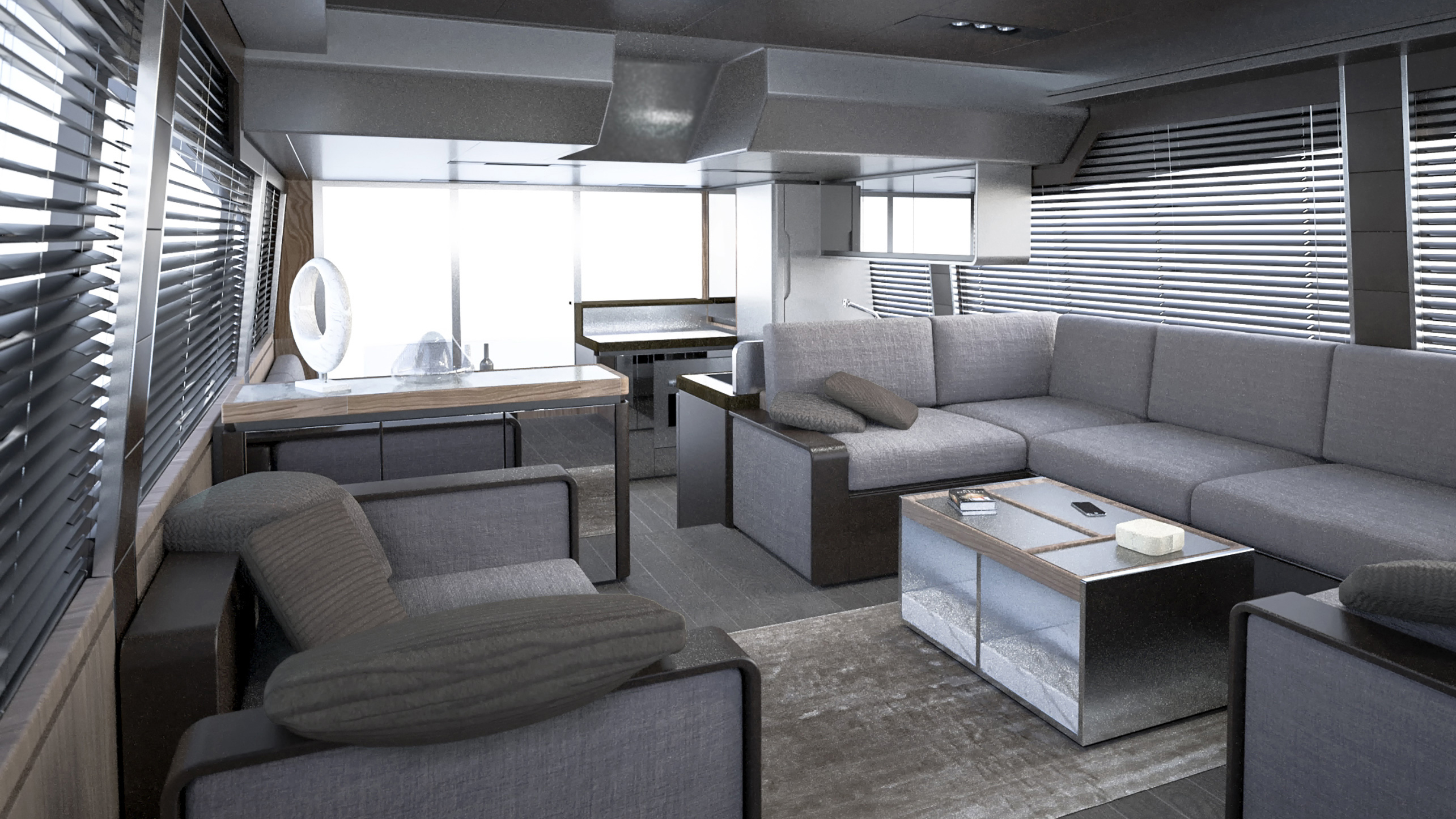 Belowdecks, the three-stateroom layout includes a full-beam master amidships, a large VIP at the bow, and a twin-berth cabin in between. All have en-suite bathrooms. The master also has a lounge near the large picture window and sizable bathroom with its own glass-enclosed shower. The rectangular design of the through-hull windows not only floods the room with natural light, but also is a cool-looking motif on the hull side. 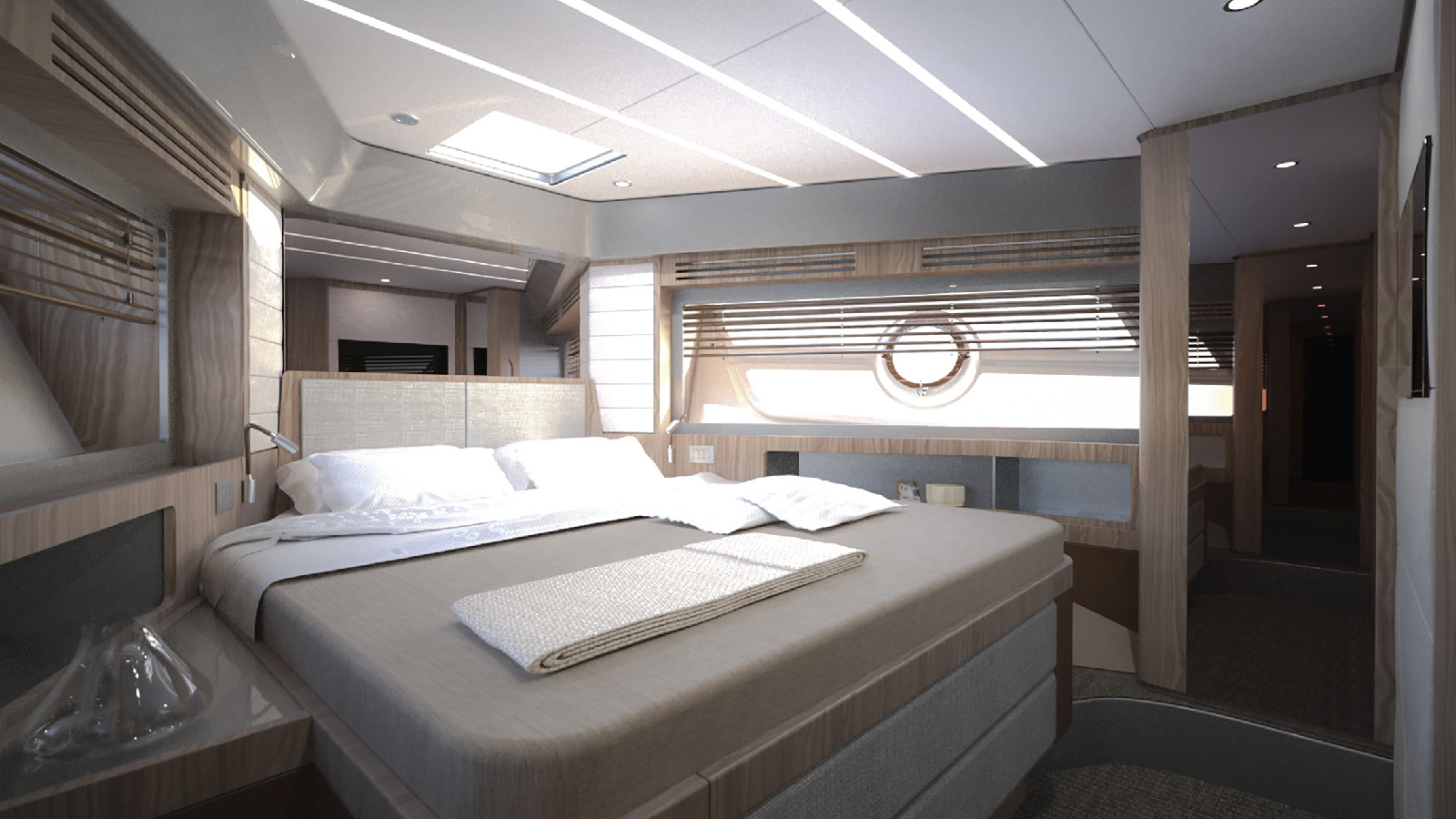 Conscious of its whisper-quiet, hydbrid-power roots, Greenline incorporated serious vibration and soundproofing between the engines and living areas. The result is a silent-running yacht that still has two generators to run the air conditioning, galley appliances, and water heater. The standard engines are twin 715 hp C12 Acert Caterpillars, with options that include twin 1,150 hp C18 Caterpillars. With the C18s, the OceanClass 65 will reach a top speed of 28 knots, though the long-distance hull is designed to run equally well at 10 knots. 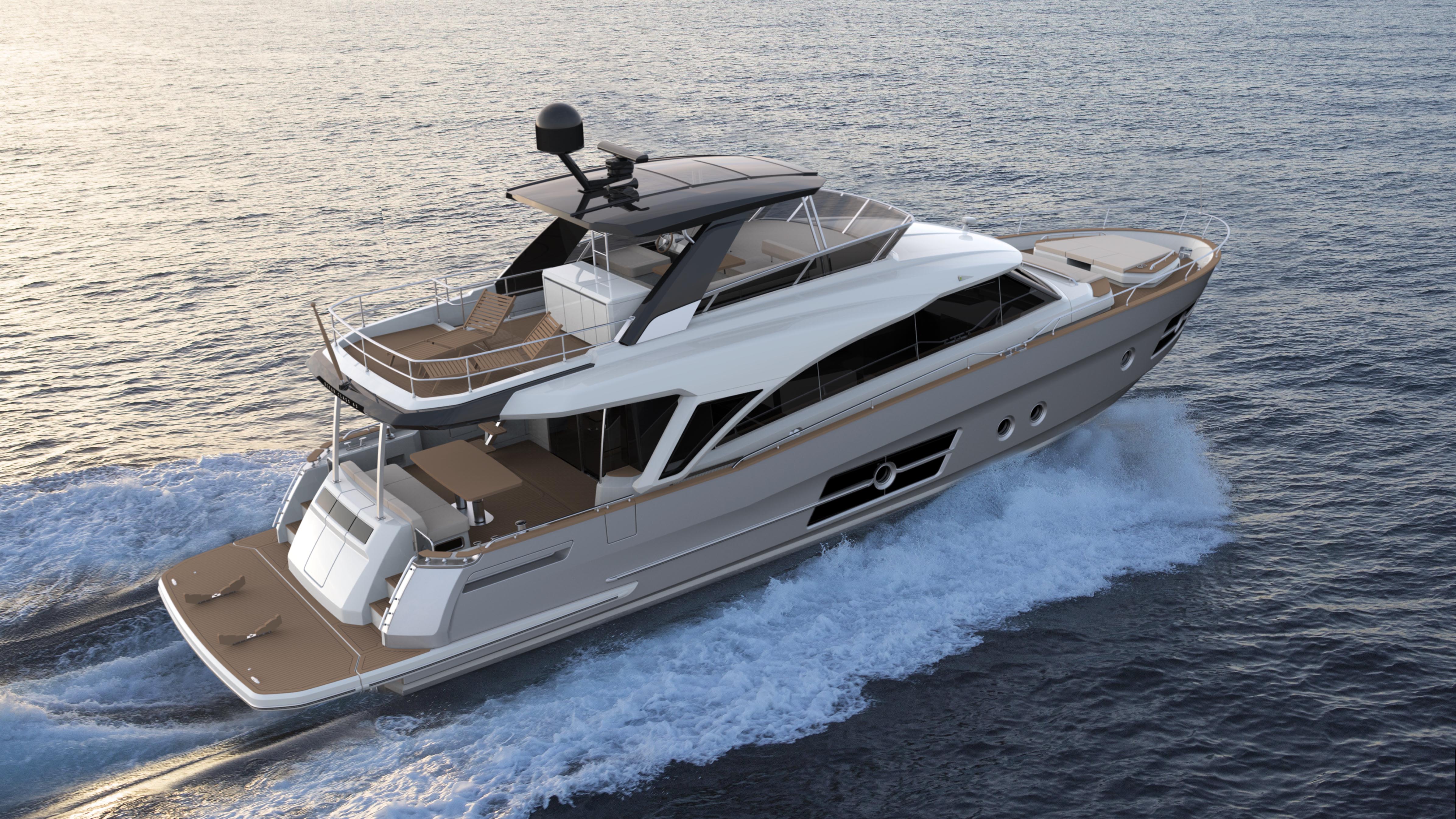