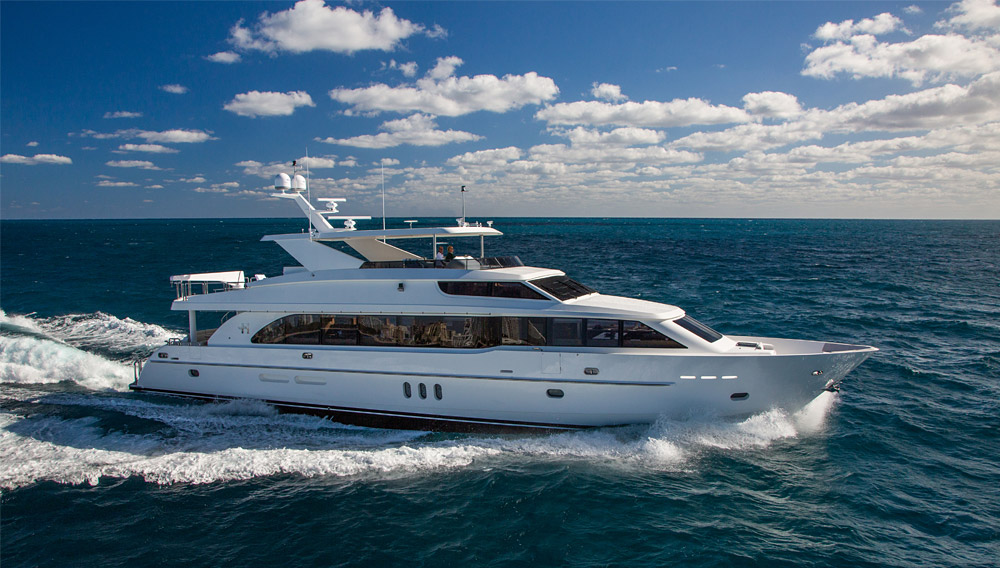 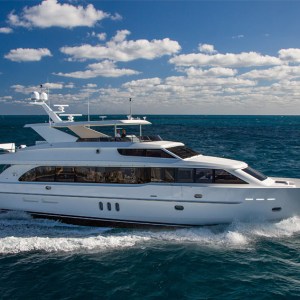 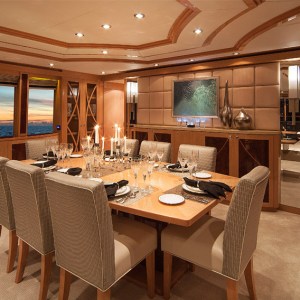 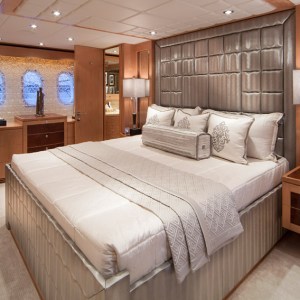 The owners of the recently delivered yacht Sassy, from Hargrave Custom Yachts, were so satisfied with their three previous builds from the Ft. Lauderdale, Fla., shipyard, that they went back a fourth time to commission this 101-foot raised-pilothouse design. The new yacht has the same overall length as the owners’ previous vessels, all of which were also named Sassy; the most recent was delivered in 2010. The new vessel, which features updated exterior styling, with a curved transom, swim platform, and aft-deck settee, is faster and sportier than the owners’ previous Hargrave builds, able to reach a top speed of approximately 23 knots. The new yacht’s accentuated curves give it a more contemporary look, which is likely to appeal to the younger buyers who are now becoming interested in the custom-yacht market. Inside the newly built Sassy, light-tone European cherry features striking inlaid designs of sapele wood, and the color palette in the saloon consists of gray, taupe, silver, black, and mineral blue. The interior feel, from the saloon to the four staterooms, is upbeat, with a sensibility reminiscent of a high-rise apartment. The design of the yacht’s master suite includes a double-door entryway, a feature rarely found even on much larger custom yachts. (www.hargravecustomyachts.com)