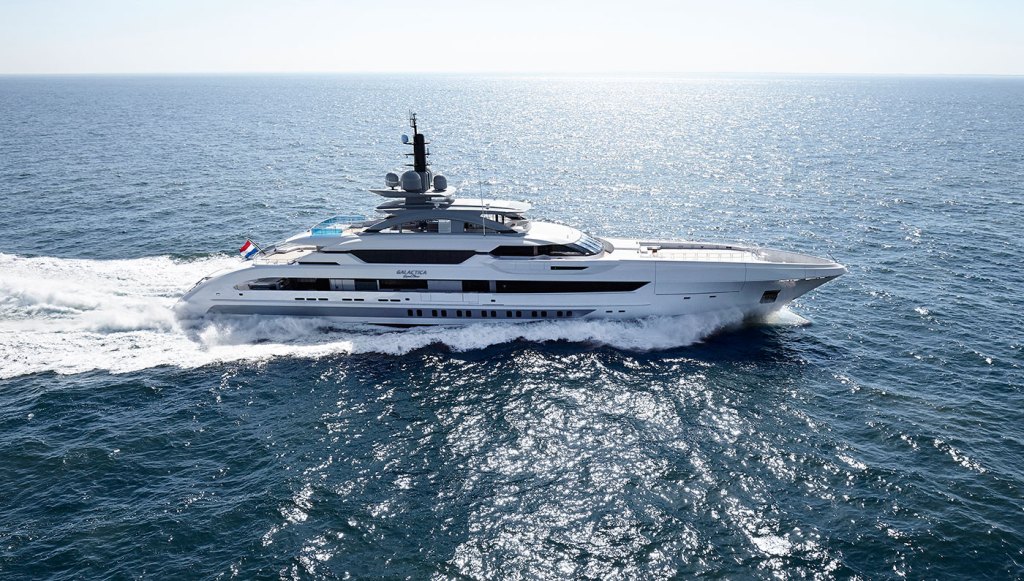 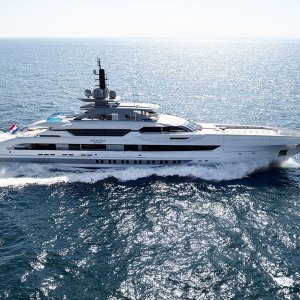 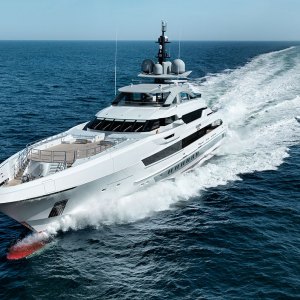 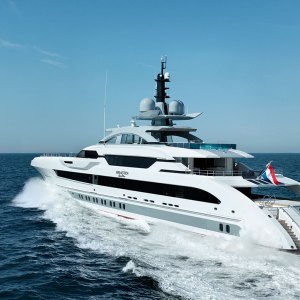 Designed in collaboration by Heesen Yachts and the distinguished Dutch naval architects Van Oossanen, the 229-foot superyacht Galactica Super Nova is the shipyard’s largest build to date. The yacht launched in March and has finally been delivered to its new owner (after it was originally sold in December 2013).

Galactica Super Nova combines speed and comfort, reaching speeds of up to 30 knots in just 75 seconds—placing it among the fastest yachts of its size—while maintaining a quiet onboard environment. The yacht’s innovative propulsion system, consisting of two MTU wing engines and a third central engine with a Rolls-Royce water-jet booster, is the first of its kind. The superyacht will make its official public debut at the Monaco Yacht Show in September. (heesenyachts.com)