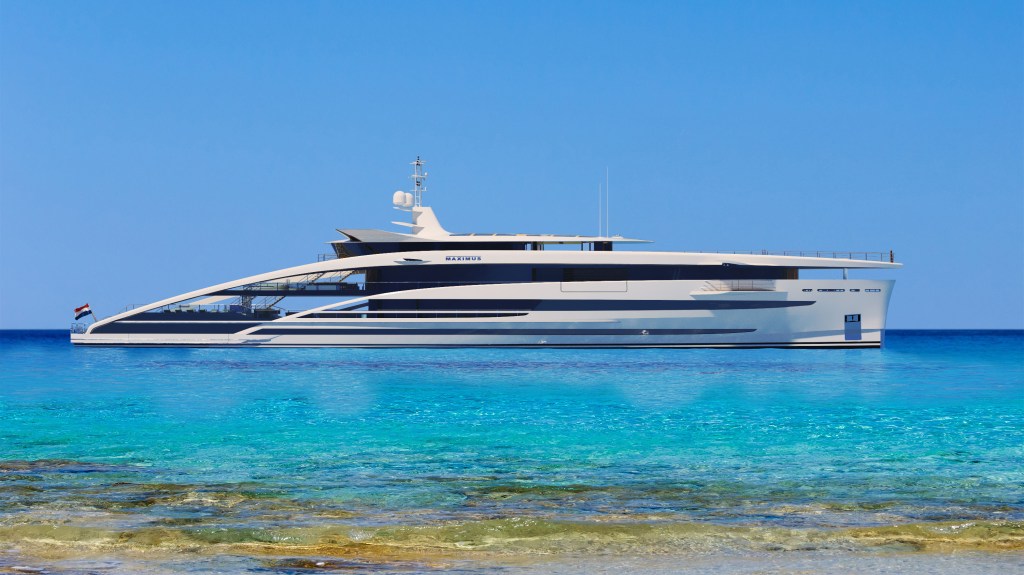 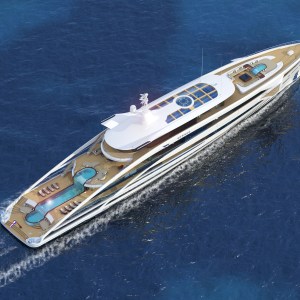 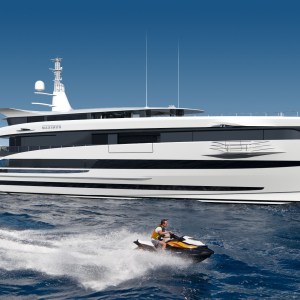 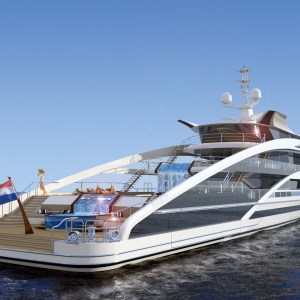 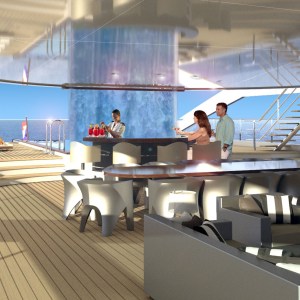 It’s rare for the worlds of yachts and cruise ships to collide, but Heesen’s 272-foot Project Maximus incorporates elements of both vessel types to create one of the most interesting superyacht concepts shown at Monaco. It might be a coincidence that the Maximus name is also the longest hull length that Heesen can build at its facilities in the Netherlands, but the boat is vast by any measure.

Clifford Denn used his experience designing luxury cruise liners for Cunard, including the Queen Mary 2 (QM2), and Viking Ocean Cruises to shape Maximus. The arches along the sides, with vast glass panels, are dramatic, giving the boat an almost speedboat profile. Denn also positioned the wheelhouse—which typically sits amidships and near the top deck on most yachts—forward and beneath the passenger decks. This unorthodox position then allowed Denn to devote 100 percent of the exterior decks, from the rear swim platform all the way to the foredeck, to the owners and guests. This kind of unbroken space, common on many cruise ships, opened up a new world of design potential on Maximus.

Maximus’s vertical bow also creates more interior and exterior space forward, which, in turn, adds usable space to the stern. The long pool, with a waterfall flowing from the deck above, is arguably the yacht’s signature design. The deck also includes a fire pit. The water seeps over the pool’s edge into a Jacuzzi located on the expansive swim platform below. The lower area is also accessed through curving stairs on either side of the Jacuzzi. The overall impression of Maximus’s stern deck: space and elegance.

The biggest Heesen ever also has a flexible interior layout. Denn’s concept calls for luxurious quarters for only five very fortunate guests in three staterooms. But the yacht can also be configured with two VIPs, a double stateroom, and a massive owner’s suite. Maximus promises to live up to its name in another respect: It will have one of the world’s most advanced running surfaces for hydrodynamic performance and efficiency, a trait that Heesen has built its name around with many noteworthy launches in the last five years.

‘This Is Really a Call to Arms’: The Superyacht World Convenes Industry Leaders to Tackle Sustainability

Meet ‘Lady Nina,’ a 115-Foot Carbon-Fiber Yacht That’s as Fast as It Is Stylish