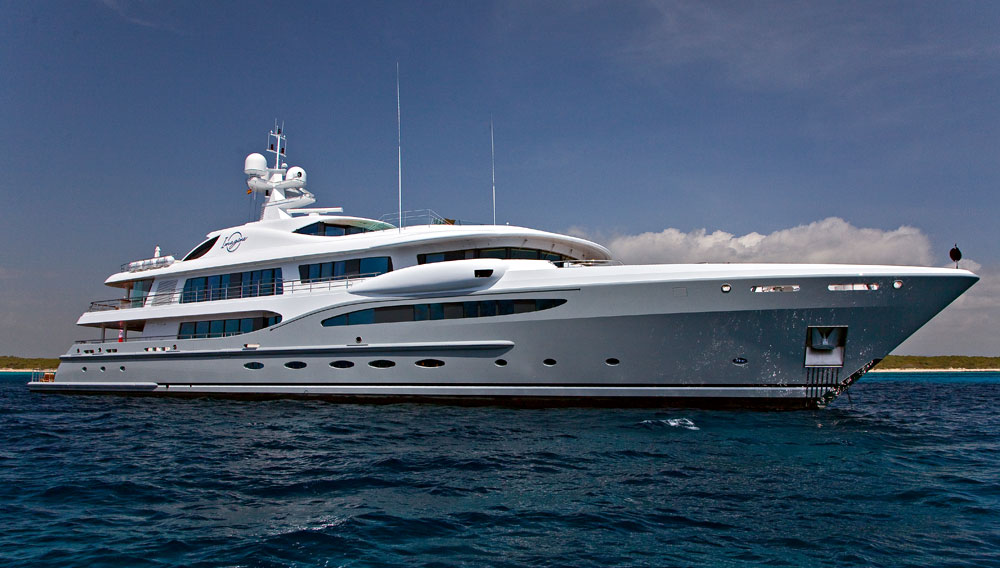 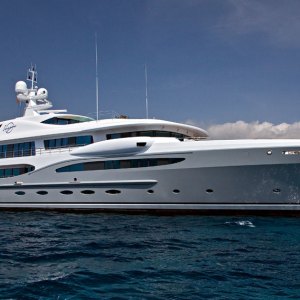 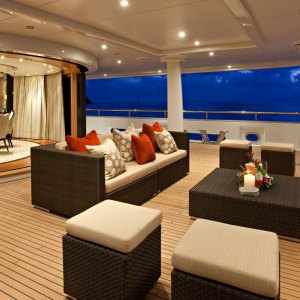 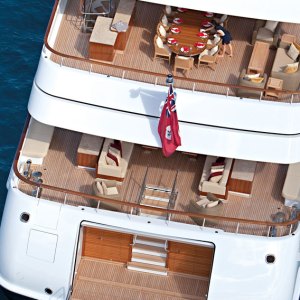 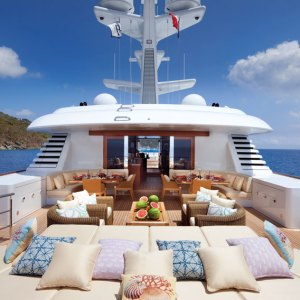 The 21st Monaco Yacht Show, held from September 21 to 25, brought over 100 of the top megayachts from around the world to the Monaco harbor, as well as some new concepts. All of the major sales, management, and charter brokerages—including Fraser, Edmiston, Camper and Nicholsons, Burgess, and Y.CO—were out in full force, with a number of yachts on display each. Among the standouts were the 212-foot Amels-built motor yacht Imagine, which is the newest addition to Fraser’s Diamond Collection of charter yachts. Imagine sports a stunning design by famed naval architect Tim Heywood, with an abundance of exterior space across its four decks with space for sun, shade, and panoramic views. Another favorite of mine was Rossi Navi’s newly built 230-foot Numptia, a motor yacht which charters through Burgess, and accommodates 12 guests and 19 crewmembers—a ratio that will ensure that charter guests are well pampered.

The Monaco event also serves as an opportunity for shipyards to show off their newest builds. On display were Heesen’s 163-foot Satori and ISA Yachts’ 164-foot Papi du Papi, both of which are quite impressive custom builds inside and out, though neither of these yachts are currently available for charter. This is also the case for CBI Navi’s Aifos, and Dutch builder Feadship’s 146-foot motor yacht Helix. Feadship’s 207-foot Lady Britt was one of Robb Report’s favorites from the show and is available for charter through Edmiston.

Other top boats include Pendennis Shipyard’s 145-foot sailing catamaran Hemisphere (the largest of its kind in the world); Proteksan Turquoise Yachts’ 198-foot Yogi; CRN’s 196-foot Blue Eyes; Nobiskrug’s 219-foot Triple Seven; Columbus Yachts’ 177-foot Prima; and, of course, Aquos Yachts’ 148-foot Big Fish, which appeared in Robb Report’s 2010 Best of the Best issue and remains one of our favorite builds from the last several years. Monaco-based Y.CO, which is the sales and charter broker for Big Fish, hosted a fun and lively four-piece band aboard the yacht during one of the days of the show. Doing a modified cover from the yacht’s aft deck, the band played “Big Fish Girl” (a take on Van Morrison’s “Brown Eyed Girl”), which garnered the attention of passersby—and even some dancing on the dock.

The show also gave German yard Blohm and Voss the opportunity to unveil a new 289-foot design, while famed designers Ken Freivokh and Andrew Winch each showed off their new concepts for Italian shipyard Fincantieri. Wider Yachts, the Italian builder that recently launched an innovative 42-foot weekend cruiser (see the August 2011 Robb Report), announced its intentions to build a 150-foot yacht. First deliveries of the $20-million-plus yacht are scheduled to begin in the next two to three years. (Look for design renderings of this 150-foot concept yacht in our upcoming December issue.)  I also had the chance while in Monaco to sit down with celebrity yacht designer Philippe Briand and discuss his Vitruvius line of motor yachts built by Perini Navi, in addition to catching up with representatives from Azimut-Benetti, Nautor’s Swan, the Ferretti Group, and Sunreef Yachts, among many others.