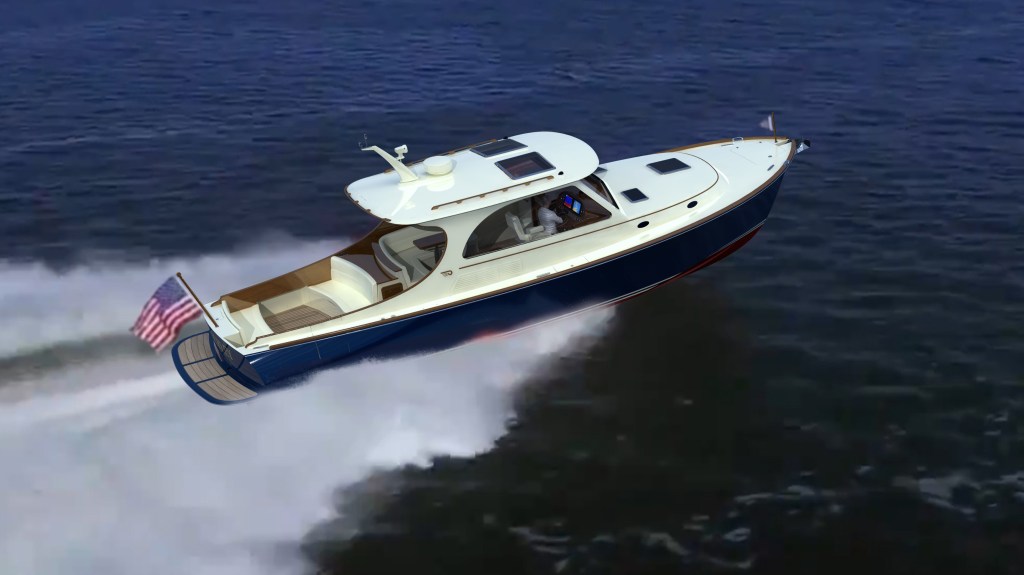 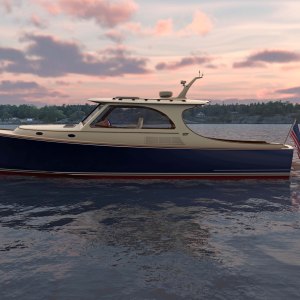 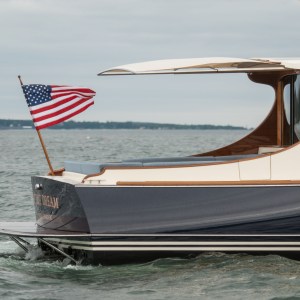 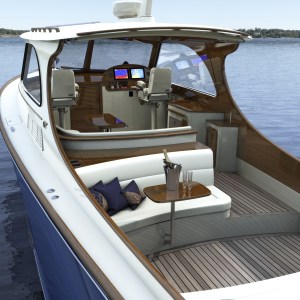 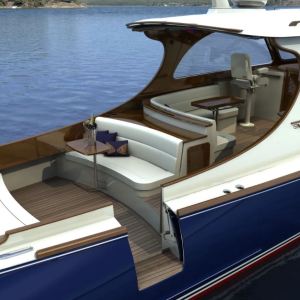 Hinckley’s new Picnic Boat 40, which will be launched next summer, is more than a refresh of the company’s Picnic Boat 37. It’s the latest chapter in a boating revolution that the Maine builder started in 1993 with the first Picnic Boat. The down-east-style cruiser with jet drives and joystick controls captured the imaginations of many yachties who wanted a high-end, highly maneuverable day boat. The Picnic Boat not only created a new category but also attracted admirers from yards as far as Italy and Turkey that created their own versions.

Instead of just upsizing the 37 by three feet, Hinckley took a long, hard look at the Picnic Boat’s design and build processes. “We spoke to customers and many wanted to have a boat they could run by themselves,” says Hinckley’s Peter Saladino. “That prompted us to redesign the entire flow of the boat. We left the starboard side—from the aft part of the cockpit to the helm station—open so a single captain can use the joysticks to dock the boat himself or herself.”

The designers also included features like an electric sliding window beside the helm and hidden fender holders, so anyone coming to a dock won’t lose time  searching for lines and fenders. The opening door designed into the starboard hull side also operates remotely, a nice feature for times when there are no other hands on deck and the owner wants quick access to the dock. Having lounges on the port side, both in the cockpit and under the hardtop, is also a nice feng-shui solution to separating the social areas from the boat’s travel corridor. It’s a smart design that makes the boat seem larger, too.

The world’s largest Picnic Boat will have Hinckley’s impeccable fit and finish, including the hand-laid teak decks, oak table and bulkheads in the cabin, and wood trim along the exterior edges of the boat. The interior is designed for day boating, with a galley, enclosed bathroom, dining table, and surrounding lounges. It also converts to a weekend cruiser for a couple with the table lowering electrically to form a large V-berth.

One of the hidden innovations on the Picnic Boat 40 will be its construction. Hinckley will combine a Kevlar outer skin, lightweight foam core in the center, and carbon-fiber inner skin. An epoxy resin (as opposed to the vinylester used by most builders) will bond the different elements to create a hull that is lighter and stronger than other boats in its class. “It’s much closer to how a cutting-edge, racing sailboat is built than a traditional powerboat,” says Saladino.

Hinckley has also upgraded its Jetstick III controls by linking the system to GPS, allowing for tighter and more precise maneuvers around the docks. Standard power will be twin 480 hp Cummins diesel engines with Hamilton jet drives, for a top end of 34 knots. The optional 550 hp Cummins engines will push top speed to 38 knots.