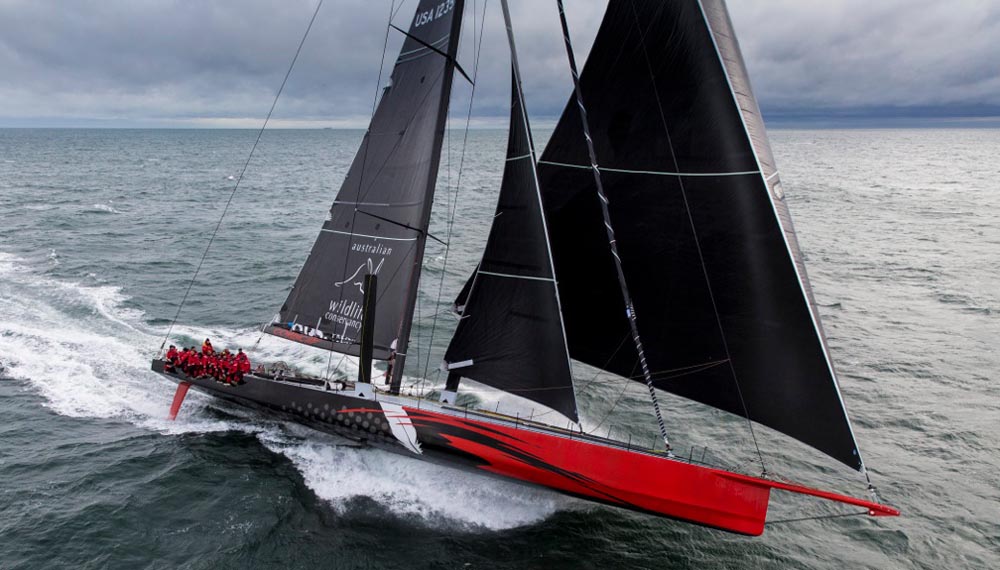 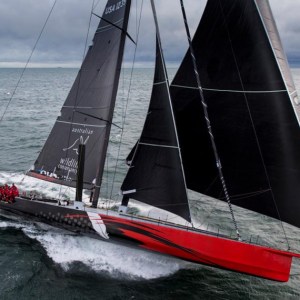 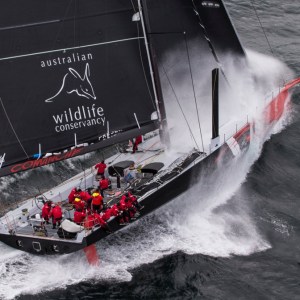 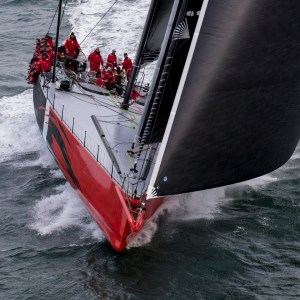 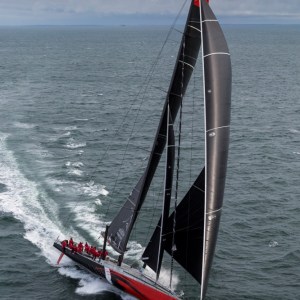 After a few brief days of sea trials in Newport, Rhode Island, Comanche sets sail for Charleston, South Carolina, the first leg of the passage to Sydney, Australia.

The weather in Newport during the sea trials and for the offshore passage south was anything but glorious, but by all accounts, the boat is already starting to deliver impressive performances.

Although Comanche’s performance data is still being kept under wraps, racing skipper Ken Read has been wearing a rather broad smile lately.

The 100-foot pre-preg carbon racing wonder was launched at Hodgdon’s shipyard in East Boothbay, Maine, just a few short weeks ago. With Comanche now officially on the way to Sydney, Hodgdon CEO Tim Hodgdon said, “All of us at Hodgdon are proud to have been associated with this important build, and we wish Jim, Kristy, Kenny and the entire crew all the best for Sydney-Hobart and all of their racing ventures.”

The mould used for this pre-preg carbon hull is one of the largest single hull infusions ever done in the USA and one of a handful of this scale worldwide.

“The amount of planning, organization and coordination required to effect this successful work is formidable” noted Tim Hodgdon, President of Hodgdon Yachts.  “Our talented team along with the vast experience and leadership of our project partners Tim Hacket and Brandon Linton continues to strengthen our core competence in advanced composites.”

The success of large infused composite parts such as this are increasingly giving designers worldwide the confidence to specify advanced composites over other materials given their many advantages.  “We are pleased to be one of a handful of shipyards in the world capable of executing projects like this, and to be a leader in this technology in the USA,” Hodgdon added.