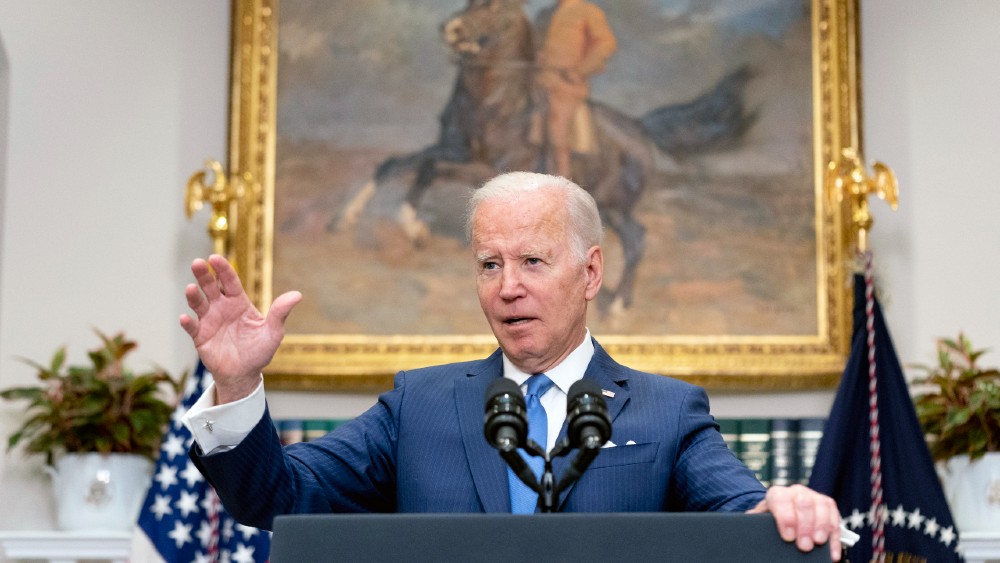 Biden said he was sending legislation to Congress, as part of a $33 billion Ukrainian aid package, that would include a “new, expedited procedure for forfeiture and seizure” of yachts, jets and other assets belonging to Russian oligarchs on the US’s sanctions list. The president said the new procedures are aimed at Russia’s kleptocracy—”these are bad guys,” he said—that have enabled Putin’s invasion of Ukraine. “The sold-off funds will be used to directly remedy the harm that Russia caused and help rebuild Ukraine,” Biden added.

Officials said that current US laws need to be streamlined to make the seizure of property more effective. The New York Times reported that the proposal would create a new criminal offense for individuals to gain from corrupt dealings with the Russian government. It would also add the crime of sanctions evasion to “racketeering activity, which is part of RICO, or the Racketeer Influenced and Corrupt Organizations Act, often used against organized crime.

The superyacht Tango was impounded by the US in Spain by Spanish authorities working with the FBI. It will remain the responsibility of the US government.  Courtesy AP/Francisco Ubilla

Today’s address follows non-binding legislation passed yesterday by the US House of Representatives that called on Biden to expedite the sale of seized yachts, private jets and other assets owned by sanctioned Russian oligarchs. The proceeds, similar to the Biden plan, would provide military and humanitarian aid to Ukraine. It was passed after Attorney General Merrick B. Garland on Tuesday told a Senate panel that the Biden administration wanted expanded authority to confiscate and liquidate Russian property.

The US seized the $90-million superyacht Tango with authorities in Spain earlier this month, while Italian, French, German, UK, Dutch and Finnish authorities have confiscated dozens of other yachts in the last six weeks. The largest yacht among the oligarchs is Dilbar, which was officially impounded in Hamburg on April 13. Its estimated value is between $600 and $700 million.

But the concept of seizing and immediately selling the yachts and other assets met with challenges from the Senate Foreign Affairs Committee and others. The ACLU said the move could run counter to legal protections for individuals by depriving the Russians who owned the items any chance of challenging the actions and possibly regaining their property.

Most of the superyachts are in Europe, so they will be the responsibility of the countries that confiscated them.  Courtesy AP

“The problem with the bill as introduced was that the complete absence of any due process protections would likely have resulted in a court handing Russia a propaganda win by having an American court invalidate both the sanctions law and the sanctions themselves,” Christopher Anders, the federal policy director at the ACLU, told the Times.

It remains to be seen whether Biden’s expedited seizure proposals will be accepted as part of the $33 billion aid package for Ukraine. Despite political in-fighting, the pro-Ukraine mood among the executive and congressional branches remains one of its strongest common areas, with the Russian oligarchs being a clear target as a path to Putin.

Tom Malinowski (D-NJ) was one of the Congressional representatives who sponsored the non-binding legislation. “Can we imagine giving all of Russia’s wealth—the yachts, the bank accounts, the villas, the planes—back to Putin and his cronies as Ukraine lies in ruin, as the Ukrainians bury their dead? We cannot imagine doing that. We will not do that,” Malinowski said Tuesday on the House floor.