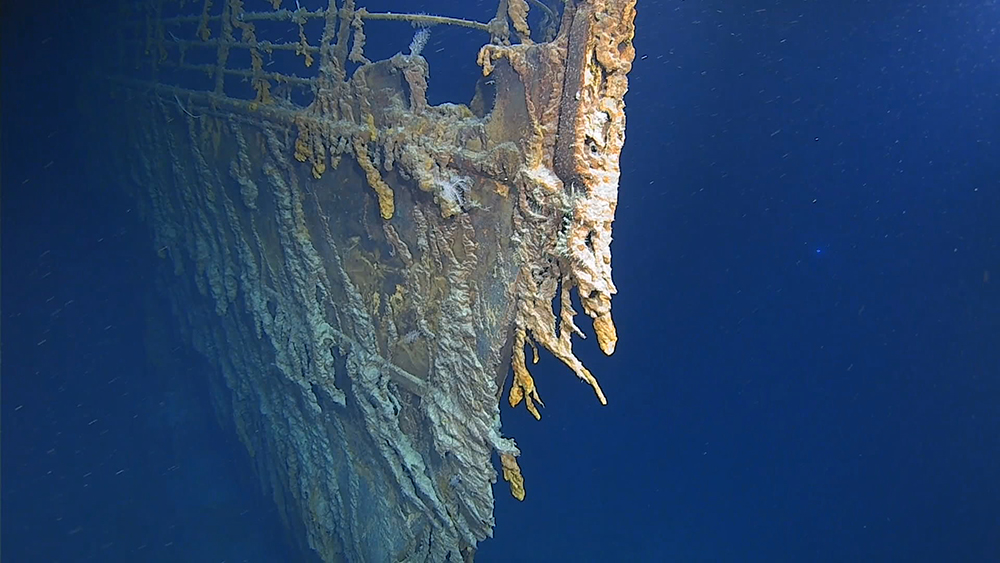 In early August, the Triton 36,000/2 submarine Limiting Factor (an advanced, two-person full-ocean-depth-capable manned submergence vehicle) completed five manned dives over eight days to the wreck of the Titanic. This was the first time in 14 years that the ruins of the historic ship were visited by a human. Limiting Factor, which travels with the Triton Hadal Exploration System—including the submersible, specially equipped support vessel DSSV Pressure Drop, landers, training simulator and all scientific equipment—is built in titanium specifically so it can reach the bottom of the ocean. In fact, it is the only submarine ever to be certified to unlimited depth.

That certification came in handy when the Triton team—made up of the sub’s owner and explorer Victor Vescovo, Titanic expert Parks Stephenson, expedition leader Rob McCallum, and Triton president and cofounder Patrick Lahey—dove 12,500 feet beneath the water’s surface equipped with specially adapted submersible cameras to capture the Titanic lying at the sea bottom 370 miles south of Newfoundland.

The team of scientists and experts inspected the ship’s remains, capturing first-ever 4k footage and photogrammetry to assess its current condition and project its future—the last manned submersible dive to the Titanic was in 2005.

The Triton team followed all the established US legal rules, working under the observation of an onboard NOAA representative, while performing the photogrammetry passes that ultimately provided not only the wreck’s assessment, but also assets that produced 3-D models of the Titanic that may be used to visualize it via augmented- and virtual-reality technology. The expedition’s scientists will publish the full results of these dives along with a documentary film being produced by Atlantic Productions London.

“The most fascinating aspect was seeing how the Titanic is being consumed by the ocean and returning to its elemental form while providing refuge for a remarkably diverse number of animals,” said Triton Submarines’ president and cofounder Patrick Lahey.

Salt corrosion, metal-eating bacteria and deep currents are wreaking the most havoc on the wreck. However, sweeping eddies and ever-changing sea currents are playing their part in the disintegration as well.

At some point during the eight days on site, the expedition team held a ceremony to honor those who lost their lives that night in 1912.

Having completed his year-long Five Deeps Expedition, Victor Vescovo will sell the full Triton 36000/2 Hadal Exploration System—the sub, support vessel Pressure Drop, landers, training simulator and all the scientific equipment—for $48.2 million. See a video of the Titanic‘s bow from the Trinton sub below: