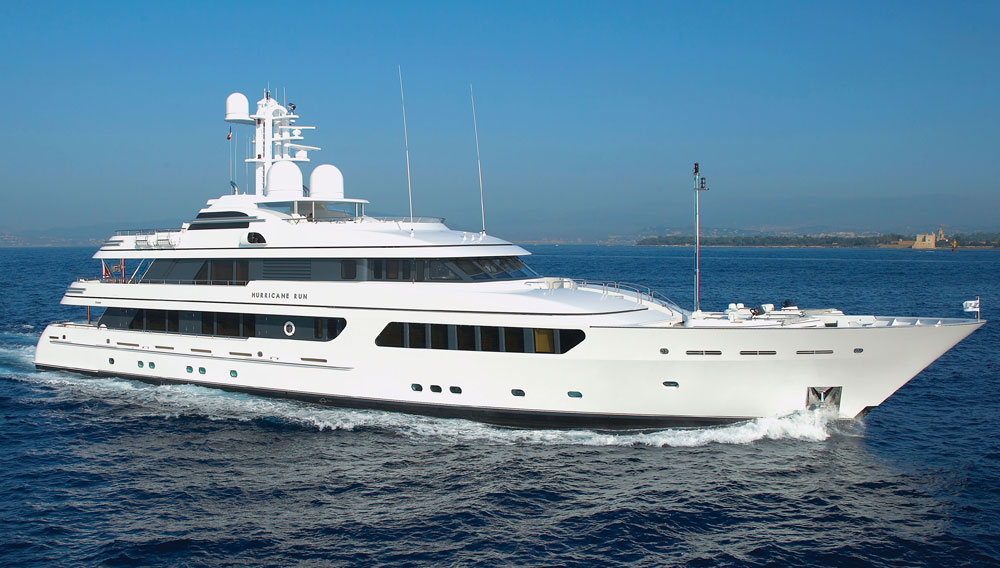 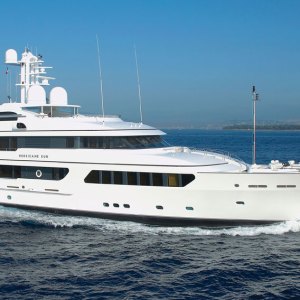 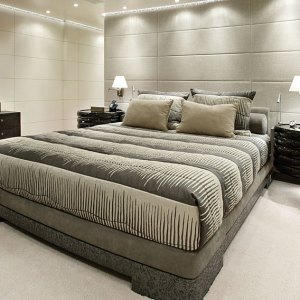 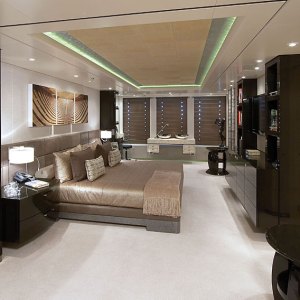 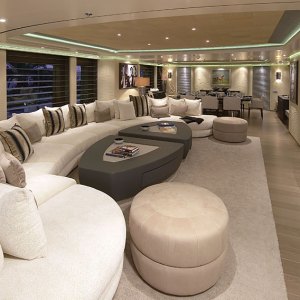 The 175-foot Feadship Hurricane Run is the first Feadship launched in 2009. The owner named the boat after a racehorse, just as he did with his two previous yachts, High Chaparral and Thunder Gulch. And, like those 164-footers and the Thoroughbreds for which they are named, Hurricane Run lives up to its pedigree. Captain Emile Coetzee, who previously ran High Chaparral, has a reputation for excellence, even among the most discerning connoisseurs of charter yachting. His new command offers an expanded version of the High Chaparral layout, with a contemporary interior by Terence Disdale, accommodations for 12, and a sundeck. The owner plans to use Hurricane Run in the Mediterranean this summer but will make it available for charter in the Caribbean in winter 2009.