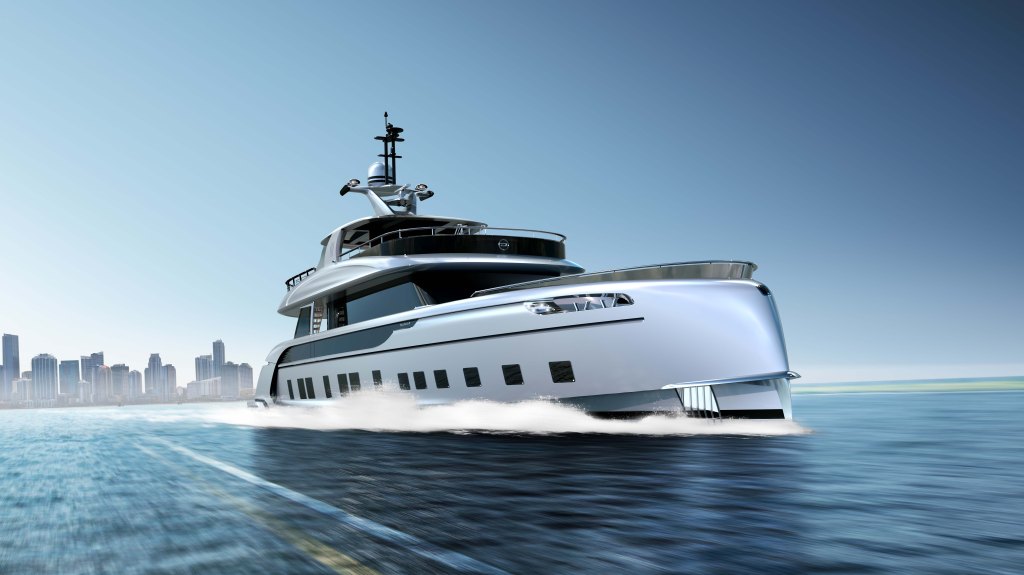 Dynamiq created a new category of yacht last year with the launch of Jetsetter, a 128-foot yacht designed to maximize usable space so that owners and guests had the experience of a larger superyacht. The builder also put a configurator on its website to let potential buyers design their own yachts. That was a radical move for any superyacht builder, especially considering that the configurator tallies the price and projected delivery date.

The Studio F.A. Porsche design of the new 115-foot Dynamiq GTT 115, scheduled to launch at this September’s Monaco Yacht Show, is another step forward for the Monaco-based firm, which has a shipyard in Viareggio, Italy. Roland Heiler, managing director of Studio F.A. Porsche, led the team that designed the hybrid yacht. “The GTT 115 is designed to appeal to car lovers and forward-thinking yacht owners who appreciate the advantages of speed, style, and our philosophy of intelligent performance,” said Heiler. 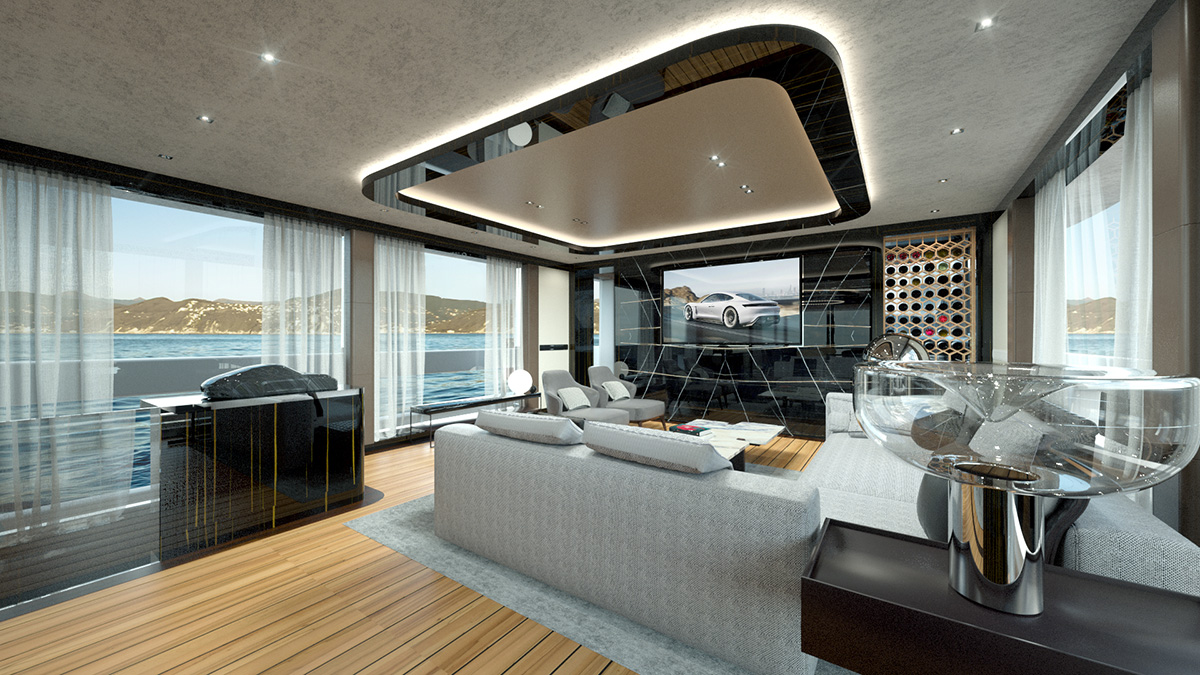 The Porsche team gave the exterior recognizable design cues like the Targa-style mullions and transom that looks like its Mission E concept. Even the GTT 115’s deck cushions have a classic Pepita houndstooth pattern similar to the latest 991 R Edition. The yacht comes in signature Porsche Carrera white, Rhodium Silver, Chalk, or custom Monte-Carlo blue exteriors.

The GTT (Grand Turismo Transatlantic) has exterior lines by Vripack and naval architecture by Van Oossanen, two respected Netherlands-based firms that created the super-efficient hulls for transatlantic crossings. The GTT 115 under build is powered by twin 1,627 hp MAN engines attached to Fortjes 5000 pods. It also has Humphree electric fins and interceptors. Twin 60 hp Fischer Panda generators in the bow create a quieter yacht at night and zero fumes at anchor for anyone using the aft beach club. The GTT 115 has a top end of a little more than 21 knots, and at lower speeds, its range extends to 3,400 nautical miles. 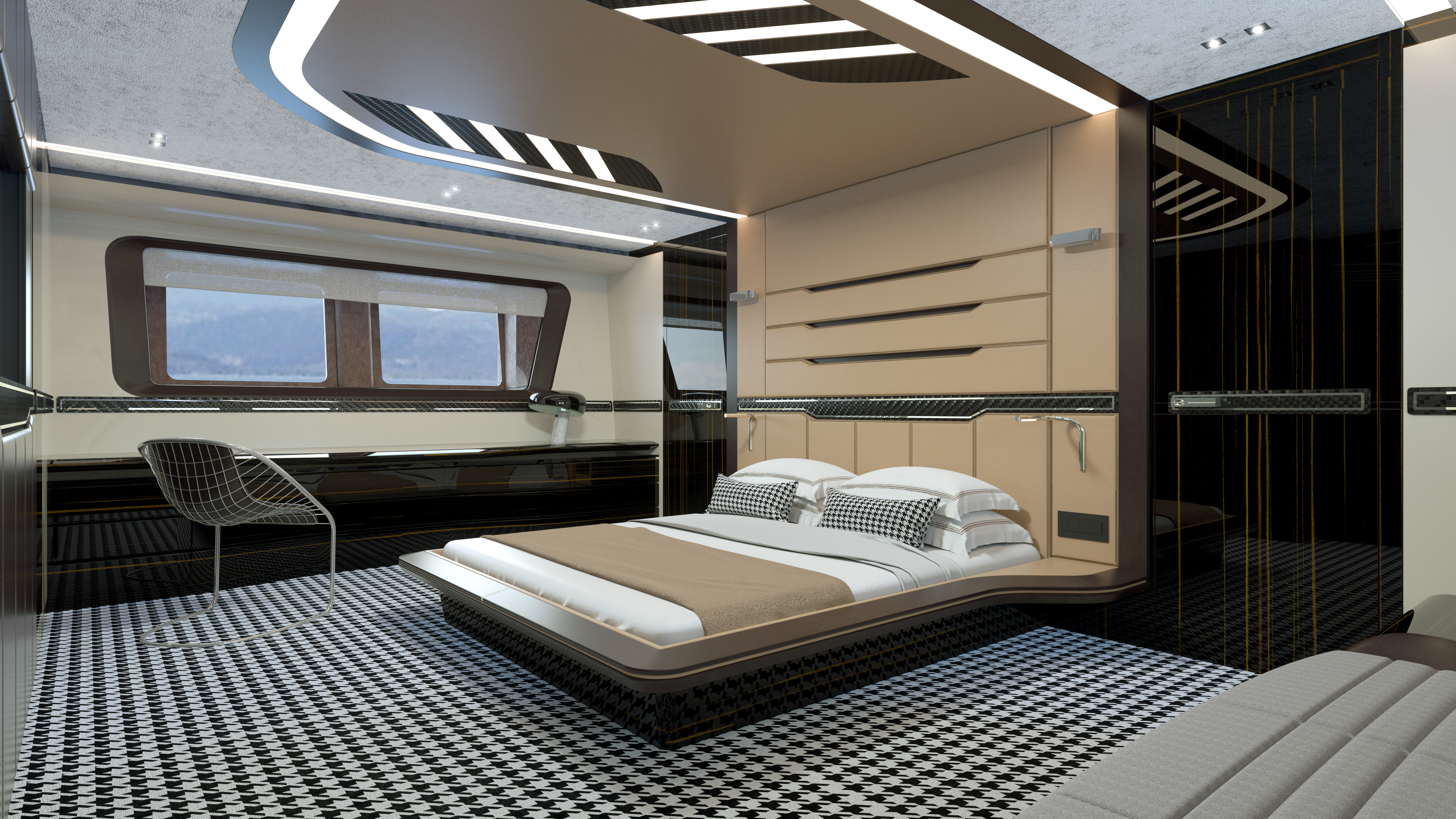 Owners can use the configurator to choose colors and other options, but the first yacht’s staterooms will combine Saddle brown and Luxor beige leather with carbon-fiber details as well as large surfaces of Sahara Noir marble. Italian designer brand Minotti will provide the furniture and other decor. Owners have a choice of three or four staterooms  and accommodations for six crewmembers. Dynamiq CEO Sergei Dobroserdov thought long and hard about maximizing space and comfort across the yacht. “We even designed the interior ceiling heights to more than 7 feet, even in the lower deck cabins,” he says. “That’s real luxury on a 35-meter yacht.” 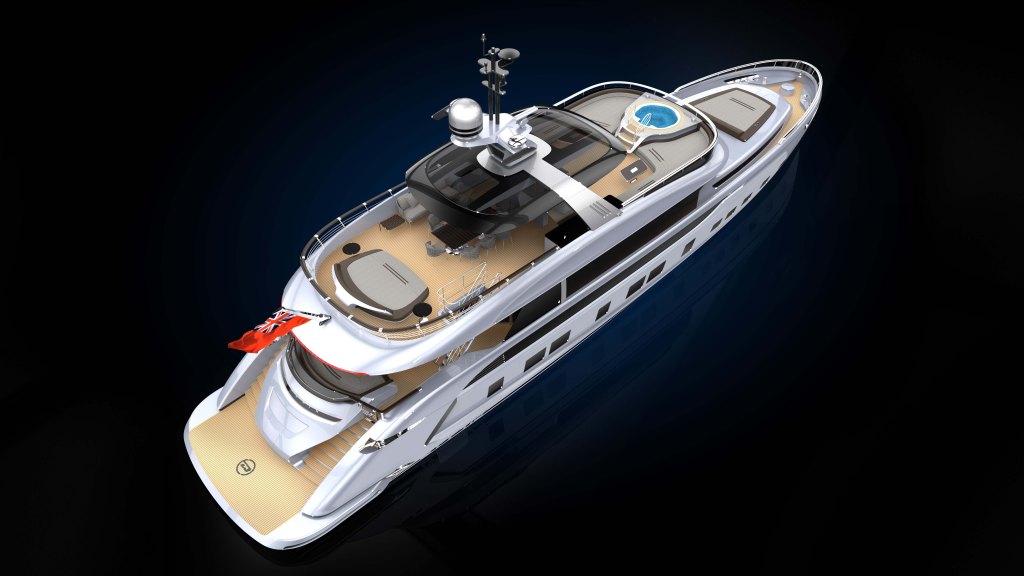 Dobroserdov says that owners of 150- to 200-foot superyachts will appreciate the fine touches and luxuries on the GTT 115. “They’re already accustomed to the highest standards, but are ready to leave behind the hassle and huge costs of owning large vessels so they can enjoy the fun side of yacht ownership,” he says. 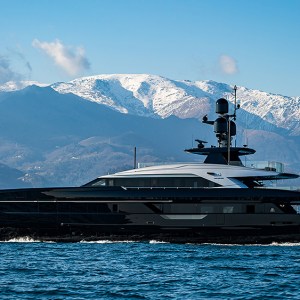 Meet Olokun, a 164-Foot All-Aluminum Superyacht That Turns Lounging Into an Art Form 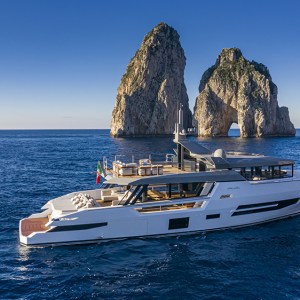 Arcadia Yachts Unveils a Highly Efficient 78-Footer That Can Cover Over 1,400 Miles 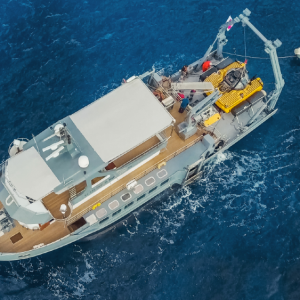 Boat of the Week: This Wave-Piercing 75-Foot Explorer Yacht Is Designed to Dominate Stormy Seas