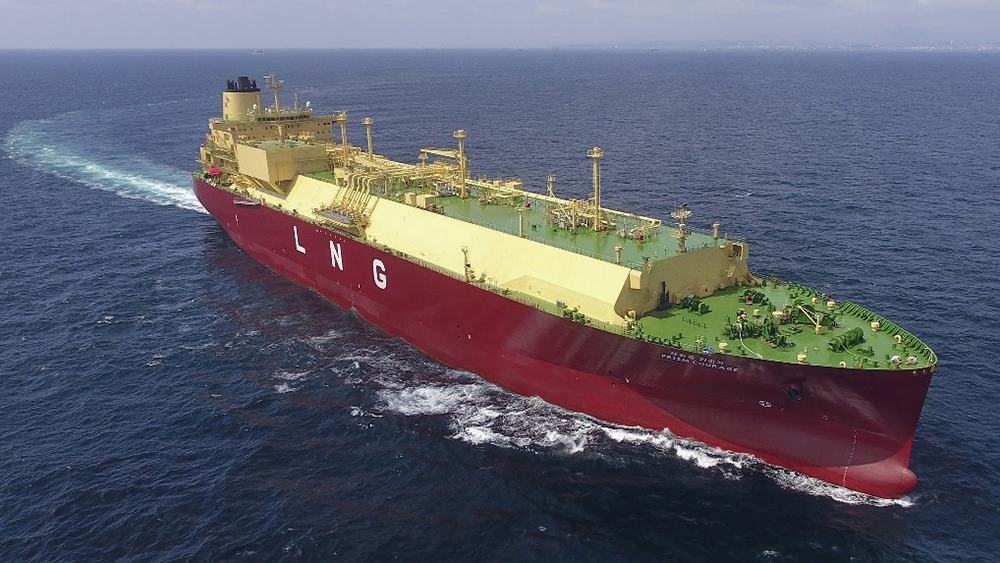 A subsidiary of the marque known as Avikus claims it has successfully completed the world’s first autonomous navigation of a large ship across the ocean (Though it wasn’t a totally unmanned voyage, with human navigation required for half the trip). The 134,000-ton commercial tanker, christened Prism Courage, left the Gulf of Mexico on May 1 and arrived at South Korea’s western Chungcheong Province 33 days later.

The LNG carrier, designed for transporting liquefied natural gas, sailed itself for roughly 12,427 miles. To achieve the feat, Avikus joined forces with specialists in autonomous navigation SK Shipping and equipped the 980-footer with an AI-powered system called HiNAS 2.0.

According to the company, the self-steering technology uses artificial intelligence to assess the weather, wave heights and nearby ships to determine the best route. It then adjusts the vessel’s steering in real-time.

In this specific Pacific Ocean crossing, the system accurately recognized the locations of nearby boats to avoid a collision about 100 times. Avikus says it was also able to increase fuel efficiency by around 7 percent while reducing greenhouse gas emissions by about 5 percent.

The self-propelled ocean crossing was monitored by the American Bureau of Shipping (ABS) and the Korea Register of Shipping in order to assess the performance and stability of the tech. Avikus plans to commercialize HiNAS 2.0 this year after receiving a certification from ABS.

“It is meaningful we successfully tested the Level 2 system,” Avikus CEO Do-hyeong Lim said in a statement. “We will lead innovation by upgrading autonomous navigation solutions not only for large merchant ships but also for small leisure boats.”

Indeed, autonomous navigation tech is growing in popularity within the industry as it mitigates any workforce shortages, reduces emissions and improves safety by completely removing the possibility of human errors. The yachting world has also seen an influx of assisted-docking systems, which enable boats to pull into a slip by themselves.

Who needs a captain?