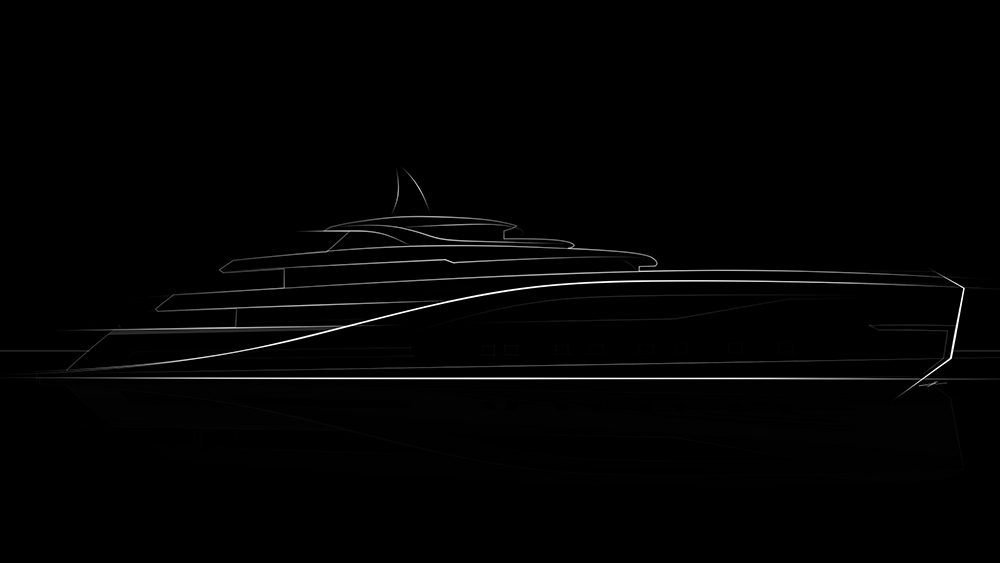 The Monoco-based yard is building a brand new megayacht named after the mighty blue marlin. Measuring an impressive 250 feet, the mammoth vessel was penned in partnership with The Italian Sea Group, Admiral Yachts and Sinot Yacht Architecture and Design.

While Imperial has only released a sketch of the profile at this stage, Blue Marlin appears to have a lot in common with her animalistic muse, which is known for its elongated body, pronounced dorsal fin and spear-like snout. She sports sleek lines that flow gracefully from bow to stern, a long foredeck, and, of course, her very own fin.

“The exterior as a whole emanates a blend of both dynamism and motion, whilst maintaining elegance,” says Paul Costerus, partner at Sinot and lead designer on the project.

In line with the rest of Imperial’s fleet, the vessel will be packed with state-of-the-art tech and navigation systems, as well as rare and exclusive luxury materials. She’ll also have a special focus on sustainability to appeal to the growing number of eco-conscious clients in the marine sector, and also protect her fellow friends of the sea. She’ll be fitted with an innovative diesel/electric propulsion system that said to give her “ribbon-like movement” in the water just like a real-life marlin.

Onboard, the generous layout will feature a full-beam living area and six oversized cabins, including a master suite on the main deck, a VIP suite on the bridge deck and four guest cabins on the lower deck. As expected, there’ll be five-star amenities aplenty, such as a 19-foot pool, spa, dive area, gym and helipad.

Blue Marlin will be built at Admiral shipyard and delivery is slated for 2023. Imperial acted as the broker and will continue as the owner’s representative and build supervisor throughout construction. Stay tuned for more details.