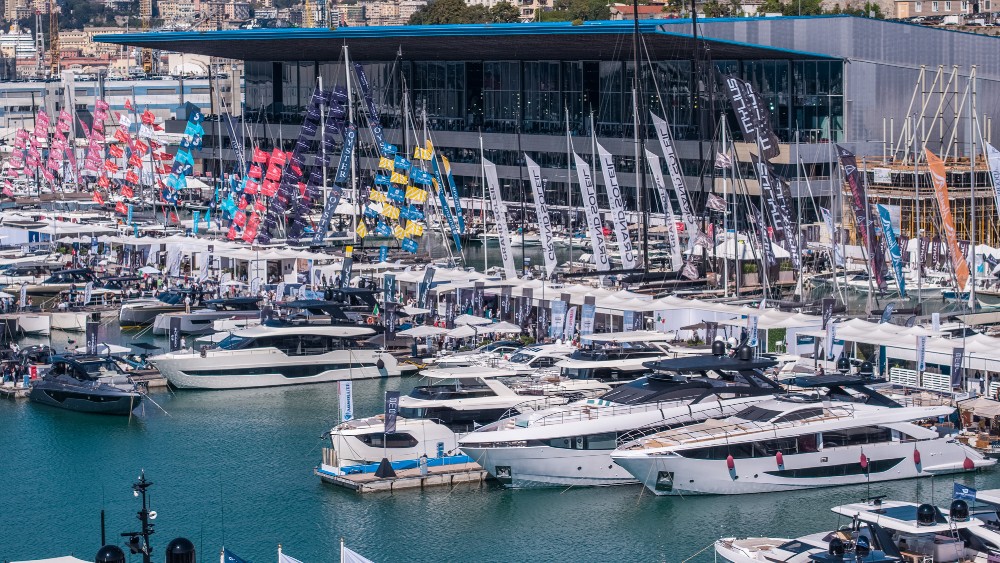 The Genoa International Boat Show closed Wednesday after one of its most successful runs, according to the show organizers. Italy’s largest boating event featured nearly 1,000 vessels across the waterfront of the birthplace of Christopher Columbus.

“The show this year felt very good,” Andrea Razeto, vice president of organizer Confindustria Nautica told Robb Report. “We’ve seen it grow year by year since 2014. We were even open in 2020 during Covid, when the other major shows all shut down.”

“I’m very happy with this year’s show,” echoed Gianni de Bonis, CEO of TechnoRib and Sacs, two rigid-hulled inflatable manufacturers with a flagship 50-footer making its world debut. “It turns out that the big boats are selling best.”

Despite inflation and the massive hike in fuel costs across the EU, the boat show crowd seemed buoyant. Sunday’s event was sold out, while even Monday—typically a quiet day—was filled with attendees.

Genoa has come a long way since 2014, when it seemed to be on life support. Italy’s marine industry, which has some of the world’s best-known yachting brands from Sanlorenzo, Azimut/Benetti and the Ferretti Group, was in dire straits. There was talk of moving the show, which had been Europe’s largest, to another Italian city because of the difficult access for showgoers.

Razeto says that the industry seemed to come together in 2016, and since then, Genoa continues to grow. “Keeping it open in 2020 when every other show was shut down helped us keep momentum going,” he says. “Next year, it will be even larger.”

The city and port of Genoa have decided to add another 250 slips for yachts, and the reconstruction of an old sports waterfront arena will become a new home for exhibitors.

“It was a strong show for us,” says Mauro Feltrinelli, CEO of Feltrinelli Nautica, which imports the high-end Frauschner powerboat line into Italy. The line’s 1212 Ghost, with its distinctive teak-covered bow area, made its show debut at Genoa. “We had a number of serious inquiries from other parts of Italy, which is new for us.”

A half-dozen Italian premieres took place at the show, ranging from the Apreamare 45 to Sanlorenzo’s new SP 110, the largest motor yacht at the show.

The Apreamare 45, with its rounded stern, harkens back to the brand’s traditional “gozzo” fishing boats. The Aprea family has been building boats since the 1840s. “We’re not a high-volume builder, and instead focus on the quality of the boat,” says Giovanni Aprea, sales manager. The 45 is a center-console design, but the rounded stern and subtle curves give it a distinctive look among the more conventional motorboats at the show.

Next year’s Genoa promises an even better venue, says Razeto. “Exhibitors are investing more money in larger spaces,” he says. “They wouldn’t do that if they didn’t believe in the show.”