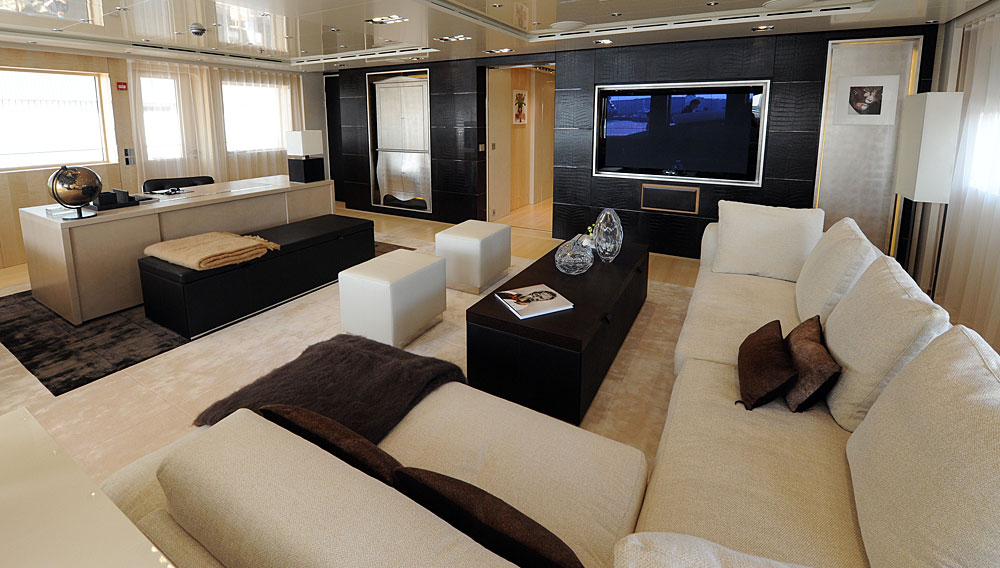 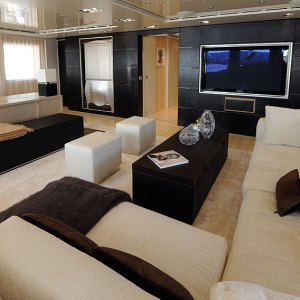 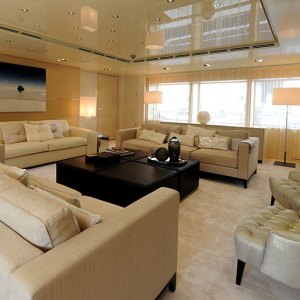 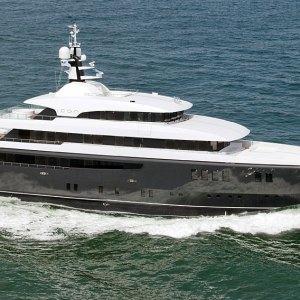 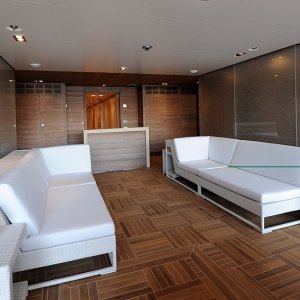 The Dutch reputation for building impressive superyachts lives on the 62-meter Icon, which was unveiled to the public in September at the Monaco Yacht Show. The sleek dark-hulled 203-foot motoryacht, with its white, tiered superstructure, was quite an impressive debut for the Netherlands-based Icon, which launched itself only three years ago.

British yacht design firm Redman Whiteley Dixon worked on the exterior, which the owner mandated to be a “simple, young boat” as well as a portrait of quality. The exterior was kept free of superfluous details, and every possible effort was made to make it look ultrasmooth. Items like retractable navigation lights and flush life rafts add to the impression of a simple, flawless hull form. The owners are also water-sports enthusiasts, and requested a dive club and gym at the transom, allowing a clear ocean view and instant access to the water. The “beach club” room is composed of a simple, light-colored wood, a stainless-steel wall, and off-white lounges. The owners also wanted private access to their suite, so a set of separate stairs connects to their room with a 180-degree view of the water, as well as its own outer patio. When the owner’s salon doors are open, there is a straight-line view from the aft deck of the yacht all the way to the forward windows.

That sort of transparency and openness is one of the guiding principles behind the design of this yacht, which also emphasized subtle, tone-on-tone effects in colors and materials. The owners wanted straight lines throughout the interior, but also a high “tactile” level using materials like silk, wool, leather, and velvets beside the dramatic shine of glass and polished stones. Contemporary art is also found throughout the yacht, including the four-story-high art installation behind the yacht’s rear staircase. (011.31.517.494600, www.iconyachts.eu)