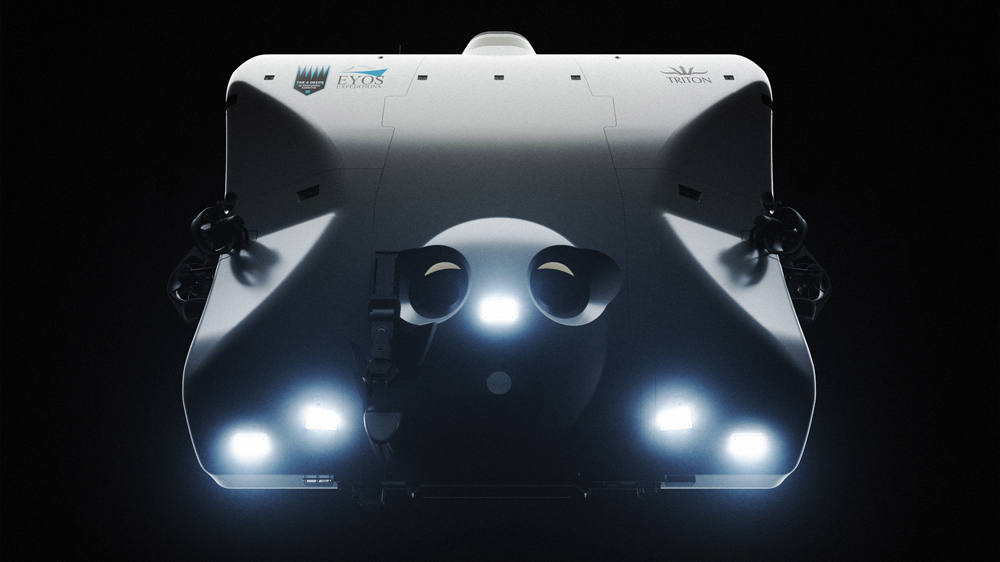 Humankind has visited the tallest and most remote places on Earth as well as an increasing amount of space via piloted and remote-operated spacecraft, but only a few adventurous souls have journeyed to the deepest points of the world’s oceans. With its ability to access the greatest depths, the Triton 36000/2 Hadal Exploration System promises to make underwater surveys and study more attainable. Well, sort of. Priced at $48.2 million (including the research vessel DSSV Pressure Drop and the sub Limiting Factor), Triton’s system is named after the hadal zones (hadal derives from Hades, the Greek mythological underworld), the parts of the ocean ranging in depth from about 20,000 feet to more than 36,000 feet. For adventurers interested in such exploration, Limiting Factor is Triton’s first full-ocean-depth (FOD) model, capable of carrying two submariners inside of a titanium pressure hull outfitted with advanced life-support systems. Significantly lighter than previous deep-diving vehicles, it features 10 electric thrusters that provide maneuverability in all directions and enable it to reach the bottom of the Mariana Trench (36,070 feet) in less than 2.5 hours.

“Recent advances in analytical software, materials like syntactic foam, and new electronics let our engineering team develop the systems,” says Triton president Patrick Lahey. “We also had a network of outside strategic partners.” Plus there was an investor, who had the capital and vision for the FOD model.

Lahey asserts that because many Americans don’t generally see the value in ocean exploration, there has never been any government mandate to build an FOD sub. “Most people don’t have the same passion for ocean exploration as they do for space,” he says. “But the oceans are inextricably linked to our survival. They control our weather, provide most of the oxygen we need, and are the most significant source of food.”

But before it can be delivered to a new owner this fall, the sub will be part of the Five Deeps Expedition, which will explore the Puerto Rico Trench in the Atlantic Ocean, South Sandwich Trench in the South Atlantic Ocean, Java Trench in the Indian Ocean, Challenger Deep (part of the Mariana Trench) in the Pacific, and Molloy Deep in the Arctic Ocean. In the process, the expedition team hopes to set new records and observe new species.

In December, the Hadal Exploration System’s current owner, Victor Vescovo, became the first person ever to dive on a solo mission to the deepest point in the Atlantic Ocean, which he did in his Triton 36000/2 submersible. At a depth of 27,480 feet, the Puerto Rico Trench is the true bottom of the Atlantic Ocean. The first dive in the Five Deeps Expedition, the first oceanic journey to take a manned, commercially certified submersible vessel further than any in history—this specific dive marks a monumental feat in sea exploration.