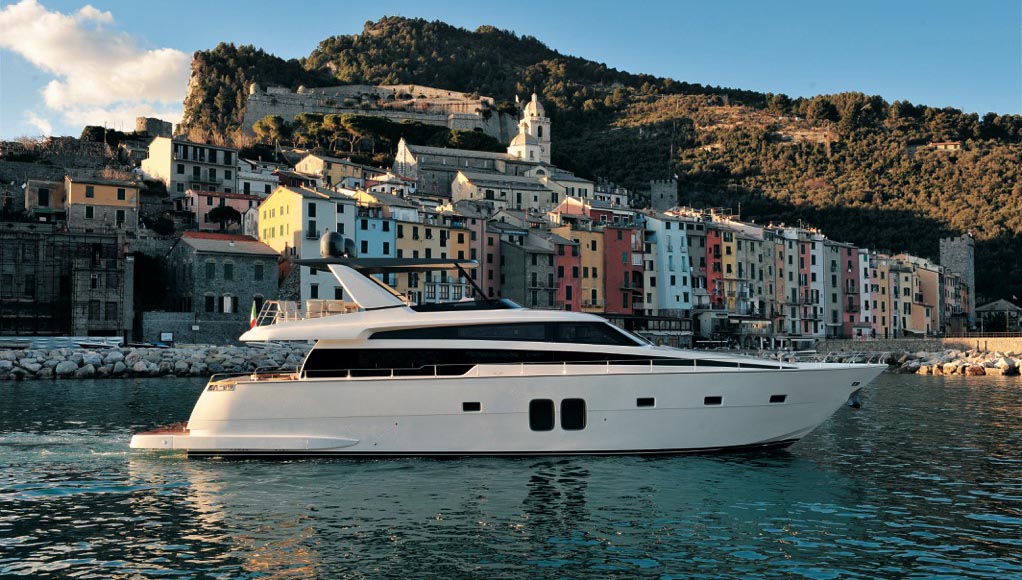 The prestigious Sanlorenzo brand and the Chinese colossal Sundiro Holding created Sundiro Yacht early in 2014, and entrusted design development for the entire gamma to the Christian Grande Design Studio. The Parma based Christian Grande Studio has already created several ambients in collaboration with the Italian Sanlorenzo yard.

The first model of the Sundiro line, the SY70, was officially presented May 1 at the Hong Kong boat show. Built entirely in Italy, the SY70 was created specifically for the Chinese market. With several different possibilities in layout and décor, this yacht is ready to meet the tastes of more traditional clients in addition to those who prefer typical western styling.

Christian Grande is already active as a leading designer in the Far East, collaborating with several firms, most recently with DFC-Wuxi Dong High Speed Craft in the production of patrol craft and commercial vessels.

The Sundiro SY 70 was designed by Christian Grande, with special attention paid to overall harmony and the smallest of details. Her interior layout is designed for the Asian market, with the emphasis on friendly entertainment. The full beam entertainment room is central to this philosophy, along with a spacious galley and the belowdecks dining area. Both the main deck and flybridge, equipped with steering controls, have the same emphasis on relaxing entertainment, with guests or with friends. The main deck offers a vast dining area with a table that can host eight guests, along with a hidden TV screen and a large room to relax in, with sofas on both sides. The flybridge repeats the same scheme and offers two very useful transformable areas with sofas.

Exterior design is very straightforward, characterized by several elements that remind the observer of the close ties to Sanlorenzo while clearly declaring their own character and identity. Straightforward aesthetics and full length windows continue throughout the superstructure, giving the living area ample visibility of the sea. This is in contrast to the more discrete openings belowdecks that increase privacy for the areas dedicated to rest and intimate moments.

The interiors are characterized by elegant and straightforward modern styling. This choice was made directly by Christian Grande who desired clean shapes with minimalist lines, highlighted by the use of sophisticated materials. The main theme of the furnishing’s décor has a very light color, with open-pore grey wood and overheads in lacquered white that give rhythm to the effect. It is all highlighted by alternating illumination between contrasting darker elements, such as some of the cabin walls and trim painted in lacquered bronze with special metallic overtones, or other metallic elements treated with nickel, giving them a special dark sheen. The resulting ambient is very refined thanks to a delicate distribution of illumination, and valorized by the masterly use of light tones. This preference for sober elegance and formal sharpness is coupled with several series of accessories and furnishings, custom designed by Christian Grande. There are tables and lamps characterized by different chromatic variations in the “Madagascar Orange” or “Emerald Green” series.

Once again Christian Grande has successfully completed his brief, designing a balanced yacht, elegant and at the same time flexible and customizable, while maintaining the unmistakable touch of Italian styling that made Christian famous.