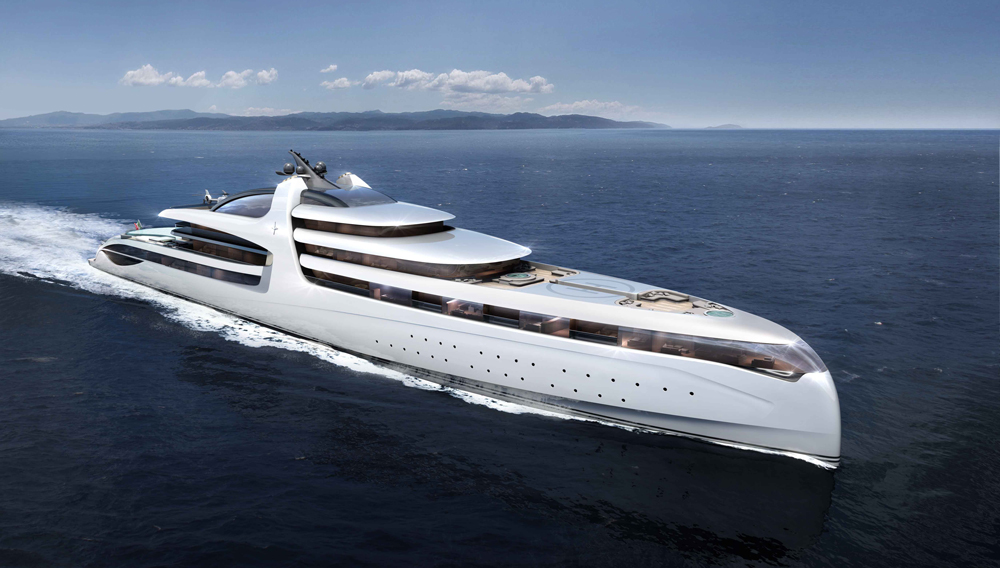 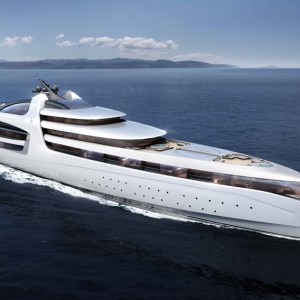 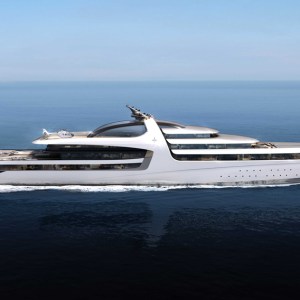 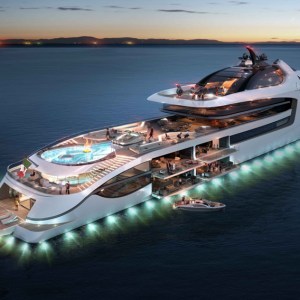 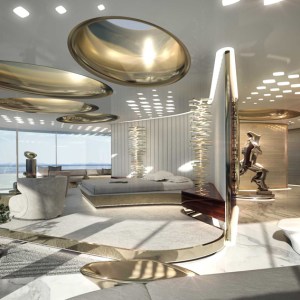 The Italian Sea Group had a busy year in 2014, launching six yachts in the span of less than four months, including the 115-foot Foam, the 148-foot Flying Dragon, and the 154-foot Entourage. But the company shows no signs of slowing down, using the occasion of the Monaco Yacht Show to reveal its new yacht concept, the Admiral X Force 145.

Conceived by the Monaco studio Dobroserdov Design in coordination with Admiral Centro Stile, the exterior of the 476-foot X Force 145 has a low profile, with gentle, curved lines. Long banks of windows run nearly the entire length of the yacht, providing an abundance of natural light for interior spaces. The two-level beach club and spa, located at the stern, is the ship’s main entertaining area, with both indoor and outdoor pools, lounges and sun pads, and a bar. The main saloon is also spread out over two levels and is centered on a massive chandelier suspended over an indoor pond. A forward observation deck affords guests a full panoramic view thanks to large windows that wrap around the bow. One half deck is dedicated to the exclusive use of the owner, while guests stay in VIP suites equipped with personal balconies. The yacht also features two cinemas, several gyms, two helipads, outdoor sunbathing and lounging areas, and a garage that can accommodate a helicopter, cars, and water toys. (admiralyachts.it)