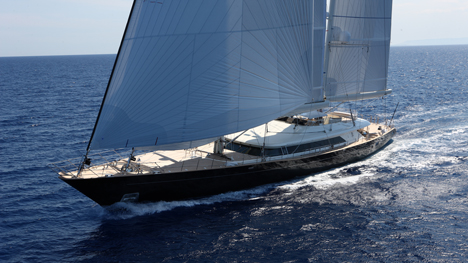 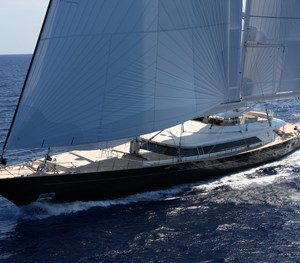 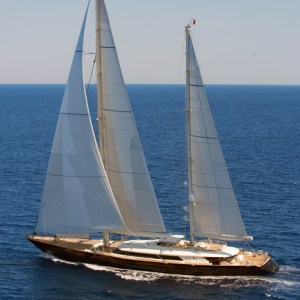 Perini Navi, the Italian shipyard known for its fleet of colossal sailboats, has recently launched the latest in its 56-meter superyacht series by designer Ron Holland. The Riela, however, differs from its sister ships in that the ketch was designed to be fast and eye-catching.

Perini combined an ultralight, streamlined aluminum hull and 15,000-square-foot sail plan to make Riela a fast, comfortable cruising yacht that will have a decided speed edge in regattas. But the topside is simply the beginning of this multifaceted yacht. Riela has large social areas, like the salon and dining areas, with six guest cabins. The staterooms include a full-beam owner’s suite, two VIP cabins, two twin-bed cabins, and a sixth cabin with over-and-under bunks. The yacht also has four cabins for its nine crew members.

Remi Tessier designed the interior with a contemporary but relaxed flair, using natural woods and light-colored materials throughout. Exotic woods like macassar ebony, wenge, teak, and bleached spruce are mixed with beige and off-white leather and finished with stainless-steel accents to create an open but elegant feel throughout the interior. Even exterior spaces like the lounge and tables on the aft cockpit exhibit Tessier’s flair for contemporary design.

Riela will cruise the Mediterranean before making her racing debut at the Perini Navi Cup in Sardinia in early September. Her first public appearance will be at the Monaco Yacht Show in July. (011.39.0584.4241, www.perininavi.it) 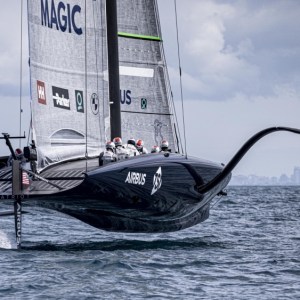 Boat of the Week: Meet the ‘Patriot,’ the New Lightning-Fast America’s Cup Foiling Yacht Representing the US