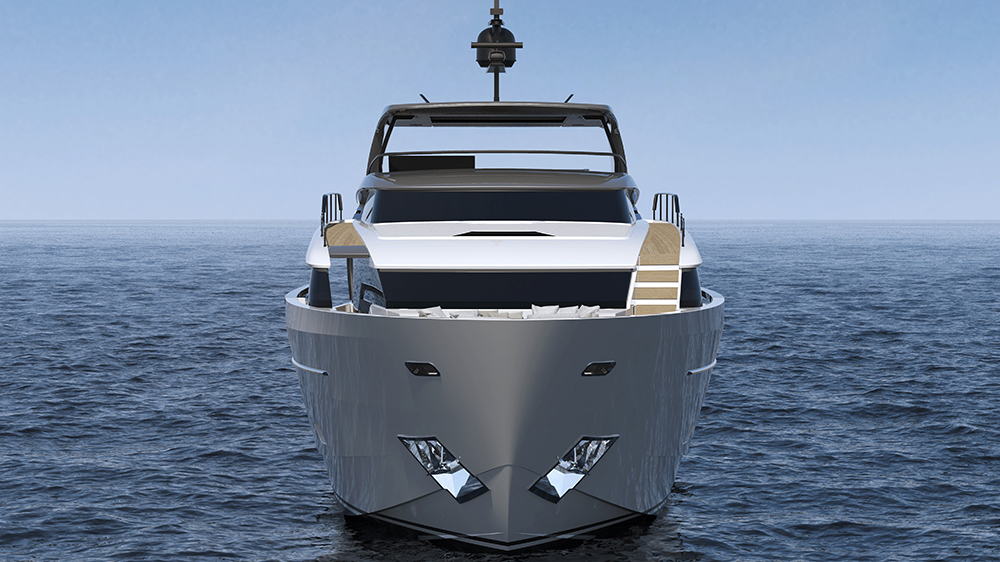 Last year at the Cannes Yachting Festival in September, Italian builder Sanlorenzo debuted its SL102Asymmetric yacht. There was some debate regarding how the vessel remained upright and whether it was indeed a new concept. Whichever side you may fall on, the yacht was well received. This year, Sanlorenzo announced a series of new asymmetric-style yachts. The first is the SL96Asymmetric, which is scheduled to debut at January 2020’s Boot Düsseldorf boat show.

Aiming to eek out more internal space, the team of designers—from car designer Chris Bangle who came up with the original asymmetric idea to  Sanlorenzo’s in-house designers and technicians and Bernardo Zuccon of the Zuccon International Project—concocted a vessel on which only a starboard side deck exists. The port side doesn’t get a side deck. Instead, the walkway travels up and over the top of the superstructure, which gives an extra 108 square feet to the inside of the yacht. The right side has a walkaround deck that goes from the aft cockpit to the bow’s lounge area, with a fold-down terrace from the saloon along the way. The left side looks like a wide-body yacht that doesn’t have a walkaround deck.

That internal space was designed by architect Laura Sessa, with a palette of Mediterranean colors.

The main deck, which benefitted most from the asymmetrical construction, has enough space to have a dining-room with full-height windows on one side with the living room with balcony.

The dining area shares space with the lounge.  Photo: Courtesy of Sanlorenzo

The two-level master stateroom features a private bathroom and bed on one level and a dressing room on the lower level.

Three more cabins are housed belowdecks: two guest staterooms and a VIP. The SL96A accommodates a total of eight guests and six crew as well as a 15-foot tender.