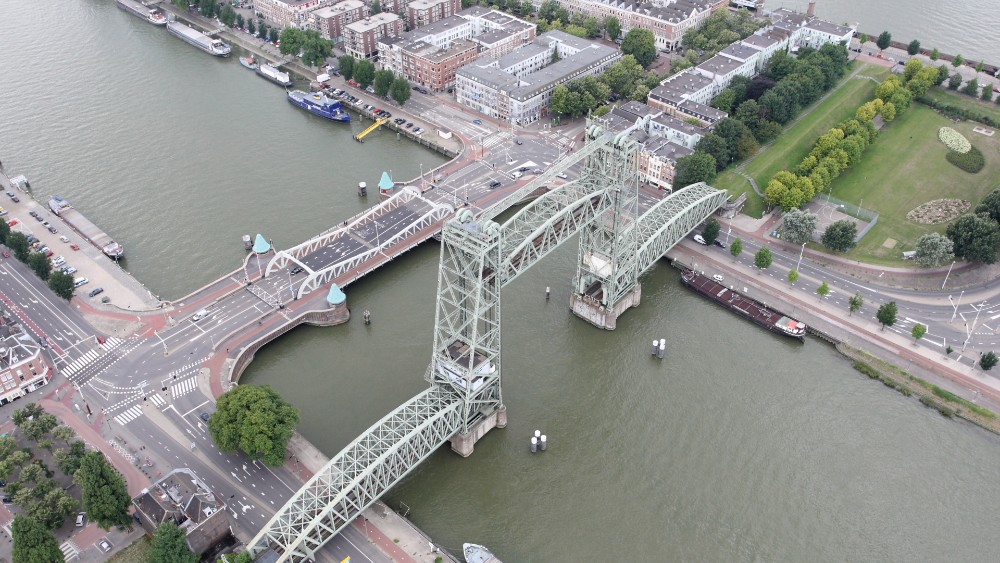 Nothing can stop Jeff Bezos from getting his new $485 million superyacht—not even a historic 144-year-old bridge, apparently.

The Netherlands’ iconic Koningshaven Bridge, which is located in the port city of Rotterdam, will be partially dismantled in order to get an epic 417-footer that was reportedly built for Bezos out and onto the high seas, as reported by the AFP news agency.

The gargantuan vessel, known as Y271, is the handiwork of Dutch shipyard Oceanco. It’s set to dethrone Sea Cloud as the world’s largest sailing yacht when it’s delivered later this year, but has already proved too tall to pass under the centuries-old steel bridge on what is the only route to the sea. The biggest issue?  The three towering 229-foot masts on board Y271 exceed the bridge’s 131-foot clearance. As such, Oceanco asked for the local council’s help transporting the behemoth.

A spokesperson for the mayor of Rotterdam confirmed that the center section of the bridge, known by locals as De Hef, will be temporarily removed to accommodate the record-breaking vessel. The mayor’s office also added that Bezos would foot the bill for the operation.

Unsurprisingly, the Amazon founder, who is currently the world’s second-richest person with a net worth of $176 billion, has copped quite a bit of backlash for what we’ll now refer to as Bridgegate. For context, Koningshaven Bridge, which dates back to 1878, has been through a Nazi bombing and is now a national monument. It also recently went through a major renovation that saw it out of action from 2014 to 2017. At the time, officials said it would not be dismantled again.

The mayor’s office did emphasize that there were a number of economic benefits from the vessel’s build, specifically the number of jobs created. He also promised that the bridge would be rebuilt in its current form. With any luck Bridgegate won’t last long, but the process won’t happen overnight. In fact, it’s slated to take few weeks for the megayacht to pass the finally pass the bridge, and it will be carried out this summer.