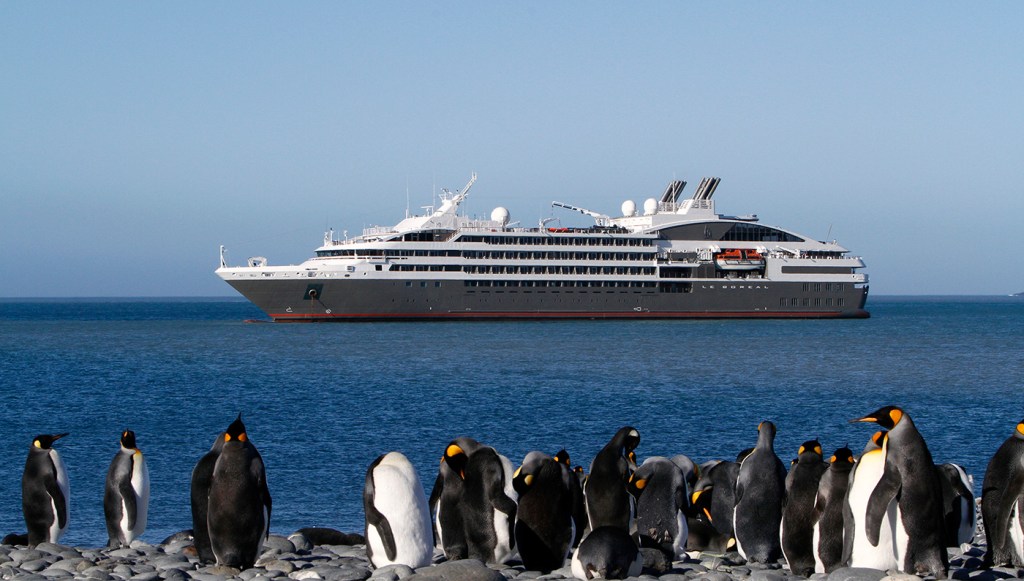 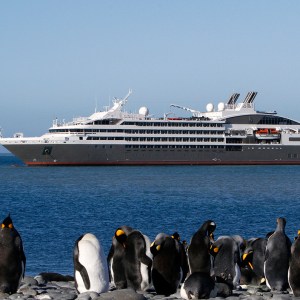 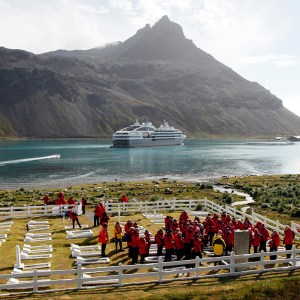 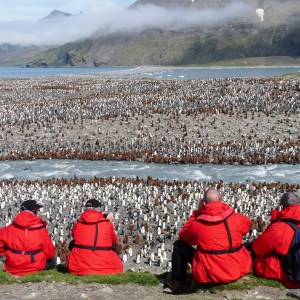 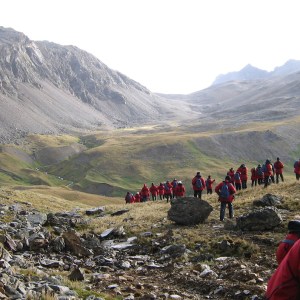 No longer polar opposites, luxury and Antarctic exploration have become synonymous thanks in part to International Nature and Cultural Adventures (INCA) and its Across the Southern Ocean experience. The exclusive 18-day expedition—taking place December 18 through January 4, 2017—will depart from Tierra del Fuego, Argentina, and travel to the Falkland Islands, South Georgia Island, the South Shetland Islands, and the Antarctic Peninsula with the 466-foot megayacht Le Boréal as basecamp.

After spending the first two days in Buenos Aires, travelers will fly by private charter to the city of Ushuaia, where they will begin their sojourn on the Southern Ocean led by INCA’s head naturalist, Richard Polatty. With more than 18 years of Antarctic guide experience and almost 60 trips to the region, Polatty will enlighten travelers about the vast variety of wildlife populations that they are likely to encounter—many of which are endemic to the white wilderness and its waters.

The first port-of-call will be Port Stanley in the Falklands, with day-trip options that include village tours, hikes, or a four-wheel-drive foray to a gentoo penguin colony. South Georgia is next on the horizon with stops at Gold Harbour and the glacial field of Salisbury Plain to interact with southern fur seal and king penguin communities before visiting the village of Grytviken (a former whaling station), where intrepid adventurer Ernest Shackleton is buried. Upon reaching the Antarctic Peninsula and surrounding South Shetland Islands, voyagers will have three days to share company with several whale species and bountiful birdlife as well as possibly disembark on volcanic Deception Island for a hot springs soak at Pendulum Cove. The final two days will be devoted to crossing the Drake Passage back to the tip of South America.

Time at sea will be buoyed by Le Boréal’s posh amenities, which include 132 suites and staterooms with flat-screen satellite television and direct-dial phones, a theater, two lounges, a library, three cocktail bars, two restaurants, a fitness center, and a Sothys Spa with hammam.

Limited to only 20 people, the all-inclusive itinerary (including onboard gratuities, dining, and unlimited house drinks) is available at a starting price of $17,345 and $20,345 for reservations booked before and after March 31, respectively. (inca1.com)