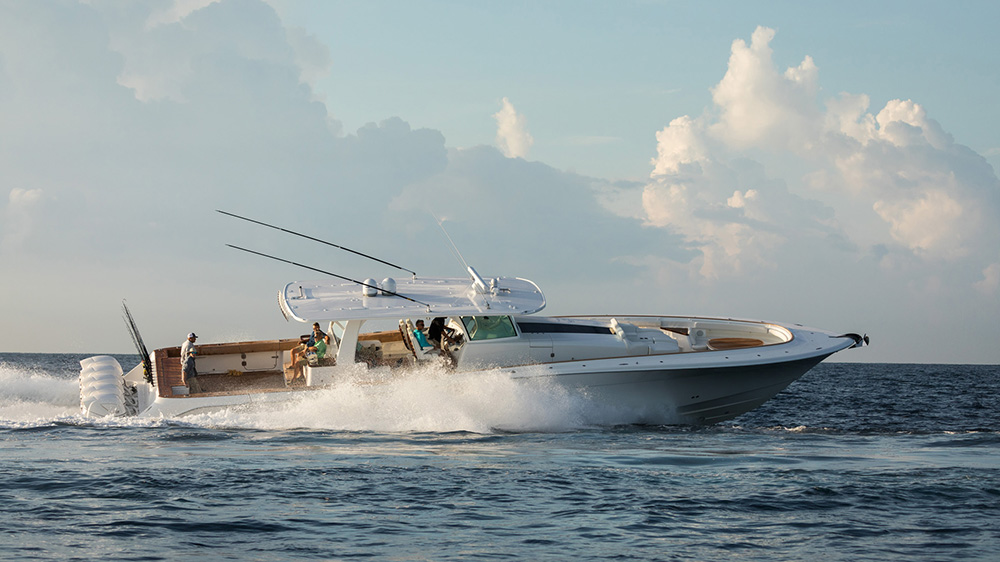 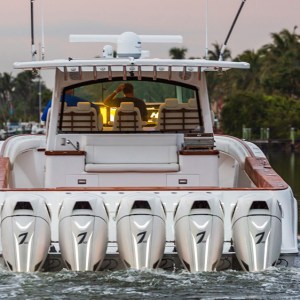 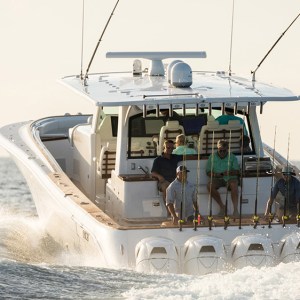 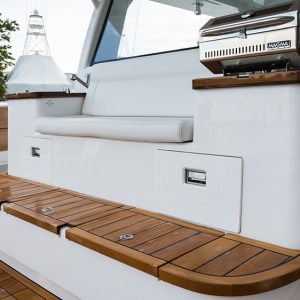 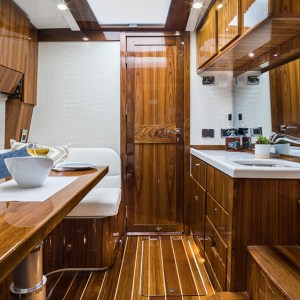 Seven years ago, HCB started out with the intention of creating a type of vessel the nautical world had never seen before. Its 39-foot center-console boat with multiple outboard engines was a paradigm shifter because it turned what had essentially been a utilitarian style of fishing boat into an offshore yacht.

The Florida builder then upped the ante a few years later with the launch of Sueños, a 53-footer packing four Yamaha 350 hp outboard engines. That boat quickly became the world’s largest center console and definitely one of its most popular. HCB has sold 60 Sueños in the last three years.

“We wanted to give buyers of traditional cabin-style fishing yachts a more versatile alternative in terms of performance, ride, and overall maintenance without sacrificing luxury or comfort in the process,” says Elias De La Torre III, HCB CEO. “We knew that we couldn’t go too big too soon and needed to prove to everyone that there are buyers for large center-console yachts.”

Clearly, the point has been proven. These days, several other builders are launching center consoles that break the 50-foot mark, a length that would have seemed laughable just five years ago.

HCB’s new Estrella, which will make its public debut at the Fort Lauderdale International Boat Show in October, now assumes the center-console throne. Powered by five 625 hp outboard engines, Estrella is all yacht.

Estrella has a high-end, carbon-fiber layup and a large cabin with a master stateroom and custom-made Zebrano cabinetry. Besides the luxurious appointments, the interior is surprisingly spacious for this type of yacht. It turns into a nest for the owner and guests.

The real action can be found in the boat’s cockpit, where an owner could take 20 of his friends on an offshore fishing trip. The teak package on the first Estrella includes the decks, tables, coaming boards, and even the steering wheel. The teak dresses up the boat nicely. It also has features like a projection television in the cockpit, plush sofas, and a table for alfresco dining. The foredeck area has seats and a small table as well as a sloping sunbed for two.

HCB gave Estrella an 1,800-gallon fuel capacity for a long range, which it needed during the first months of testing. The boat spent several weeks in the outlying islands of the Exumas in the Bahamas, where its performance, fishability, and reliability as an offshore boat were validated.

Then Estrella wandered up the East Coast from Florida to Montauk, stopping in Chesapeake and Long Island for interested buyers to take a quick ride. The first hull will have about 400 hours on it by the time the public sees the boat in Fort Lauderdale.