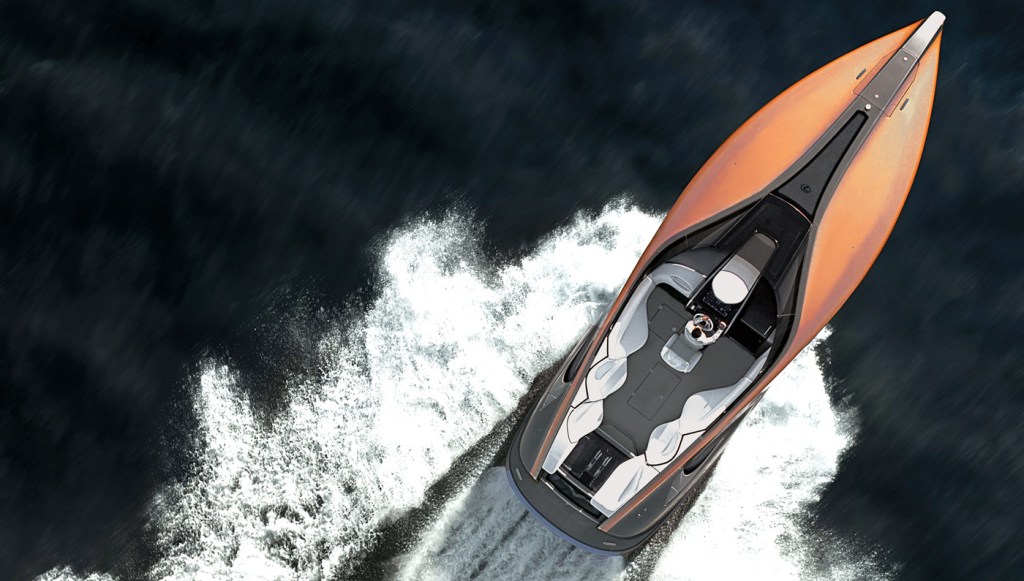 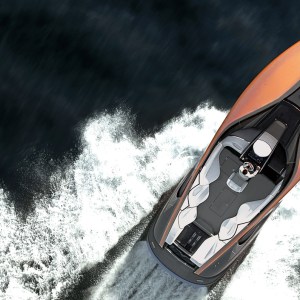 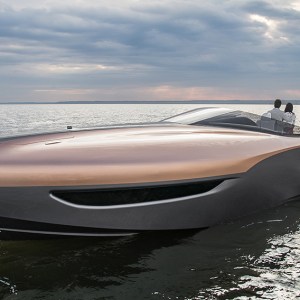 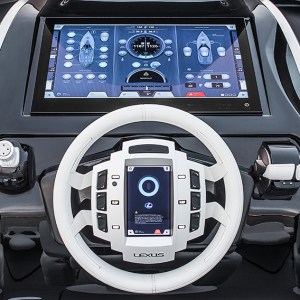 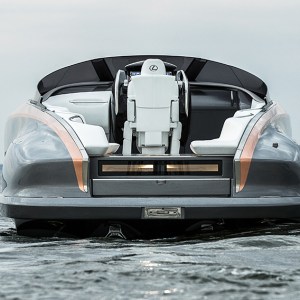 Toyota Motor Corporation president Akio Toyoda arrived at a Miami Beach waterfront mansion earlier this year piloting the new Lexus Sport Yacht (lexus.com), a 42-foot one-off concept. It was fitting that Toyoda—who is also the chief branding officer for Lexus, Toyota’s luxury-car division—was at the helm for the boat’s debut: He authorized the project 2 years ago to promote Lexus as a lifestyle and recreation brand, not just a car brand.

The boat was styled by Lexus designers and built by Marquis Yachts (marquisyachts.com) of Pulaski, Wis. The design features flowing lines, an open stern, and a forefoot that evokes the head of a shark. The hull is made of lightweight carbon-fiber-reinforced plastic—the material that Lexus used to build its LFA supercar.

The yacht’s twin V-8 gasoline engines, the same as the one that powers Lexus’s new LC 500 coupe, produce a total of 880 hp and enable a top speed of 49 mph. A “boost” setting on the throttle controls adds 1,600 rpm over the rev limiter. At the debut, when the boost was engaged the Sport Yacht jumped on plane and never wavered as it gathered speed. Carving up the canals of Miami Beach, the boat felt surefooted and nimble.

The interior’s cabinetry, paneling, and upholstery were made in Italy and shipped to Wisconsin. The interior also features hand-painted glass panels on the walls that resemble dark gray marble, a glass floor etched with curvy stripes, and a long, off-white leather couch that can seat eight.