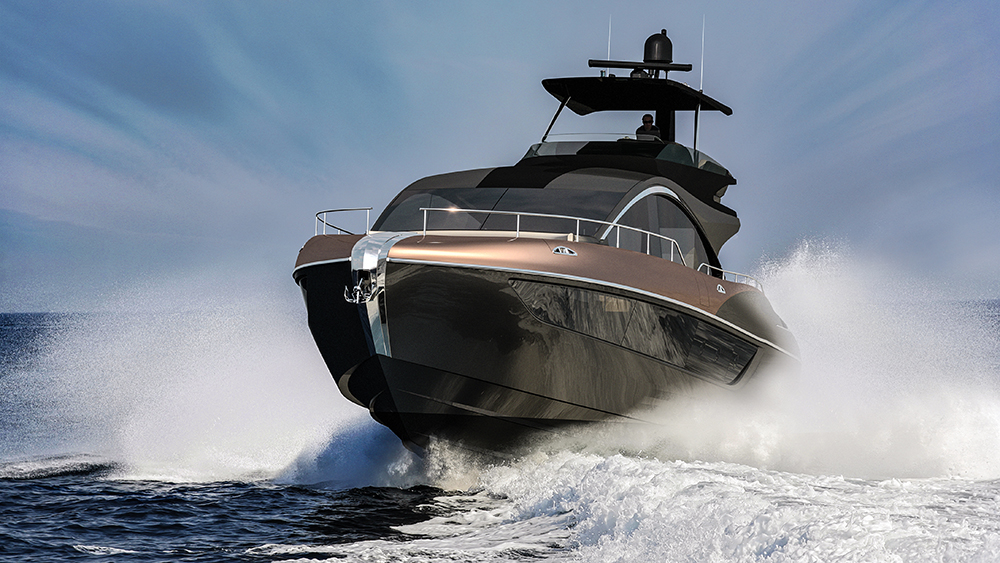 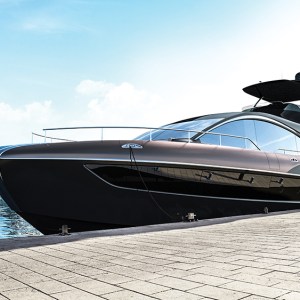 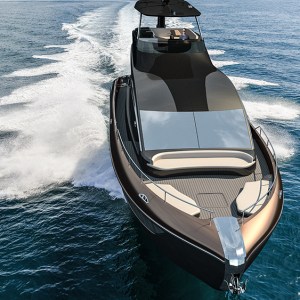 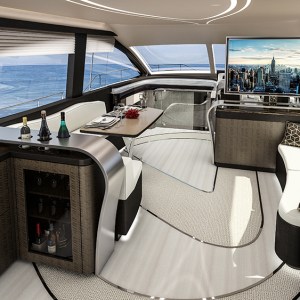 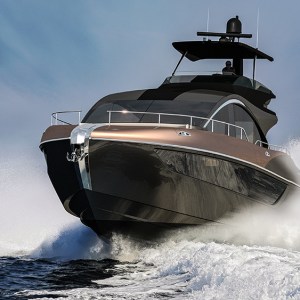 Let’s get this out of the way right now: The Lexus LY 650 isn’t a new luxury sedan, and it won’t roll into automotive showrooms this fall. Instead, the LY 650 will share features of the LS Saloon and LC coupe luxury automobiles, but it’s intended for the sea—not the 405 at rush hour. This marks the first time the carmaker is entering the motor-yacht category. Two years ago, Lexus partnered with Marquis Yachts on a one-off Lexus 42 Sport Yacht concept, which blew the doors off that category with its extreme technology and carbon-fiber build quality. The 42 is now touring Japan and will become a permanent display at the Toyota museum in Tokyo.

The new 650 is a yacht for the rest of us. The sporty exterior and designer interior includes styling cues taken from the LS and LC coupe, including the curves on the profile and stern. Lexus calls its design language “L-finesse” and plans to translate it into other nonautomotive ventures that will carry the Lexus name—including culinary, design, film, and other select industries.

The 650 is being built at Marquis’ headquarters in Wisconsin, in the same facility where the 42 was constructed. The 650 will no doubt have the same meticulous attention to detail as the 42 but will lack the extreme fiber-optics network and nightclub-like interior. It does share some design features with the 42, including the curvature of the bow, a sloping superstructure, and windows along the lower deck for excellent natural light in the master suite and other staterooms.

The 650’s interior was designed by Nuvolari Lenard. The Venice-based design firm is known for award-winning superyachts and the Marquis yacht line, and it did exceptional work on the new Lexus. Like the 650’s exterior, the interior has a sporty feel that matches Lexus’s thirst for elegance. The fine balance of the saloon, for instance, reveals comfort, luxury, and technology in a refined way without trying too hard. It’s the epitome of smart design.

Lexus has a heritage of developing “Takumi” workers and engineers who have been taught to combine artisanal craftsmanship with modern technology and inspired design. A number of these people will be working on the 650 at Marquis’ headquarters. Marquis, which has been building boats for three decades at its facility in Pulaski, Wisc., also draws on a talented workforce. The employees there certainly learned the Toyota methods during the build of the 42 sportboat.

The first LY 650 is expected to be completed in the second half of 2019 and will make its debut later next year. It will be powered by twin 1350 Volvo Penta diesel engines with IPS drives.