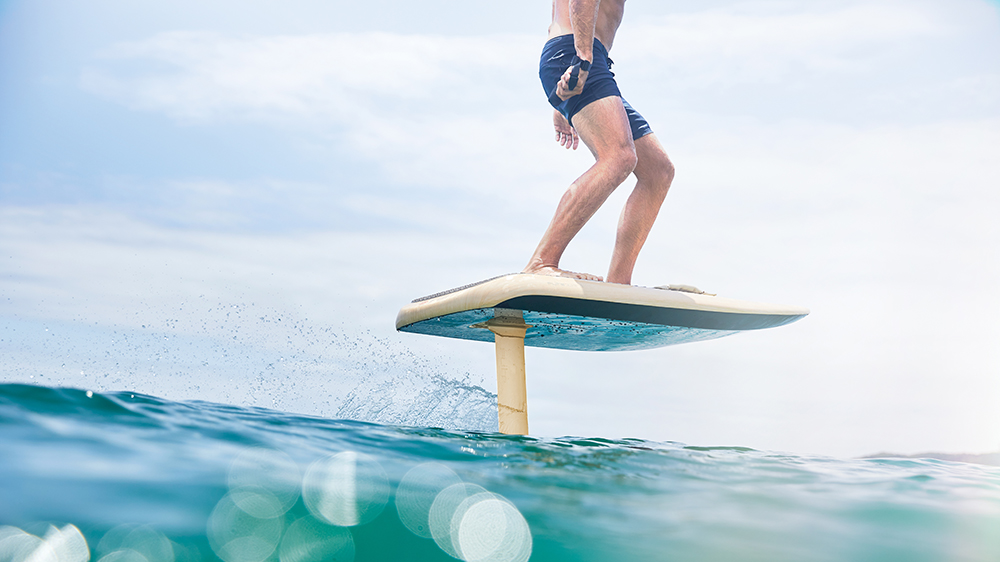 It’s one thing to cut through the water on a kiteboarding or a surfboard. It’s another thing entirely to soar above the surface without having to rely on wind or waves. Riding a Fliteboard—a motorized watercraft that glides over oceans, lakes or rivers—feels like you’re flying.

The Australian company is producing a limited edition of 10 eFoils rendered in gold-colored anodized aluminum exclusively for Robb Report. The boards will also feature the world’s first nine-karat-gold-plated titanium battery, which founder David Trewern calls “the heart of the Fliteboard.”

The package includes an in-person handover of the eFoil coupled with a half-day private VIP lesson with one of Fliteboard’s 150 school operators, tailored to your skill level, from first-timer on up. Currently, the outfit has offices across Europe, Asia, Australia and the US. You’ll also receive photo and video footage of the experience. $25,000