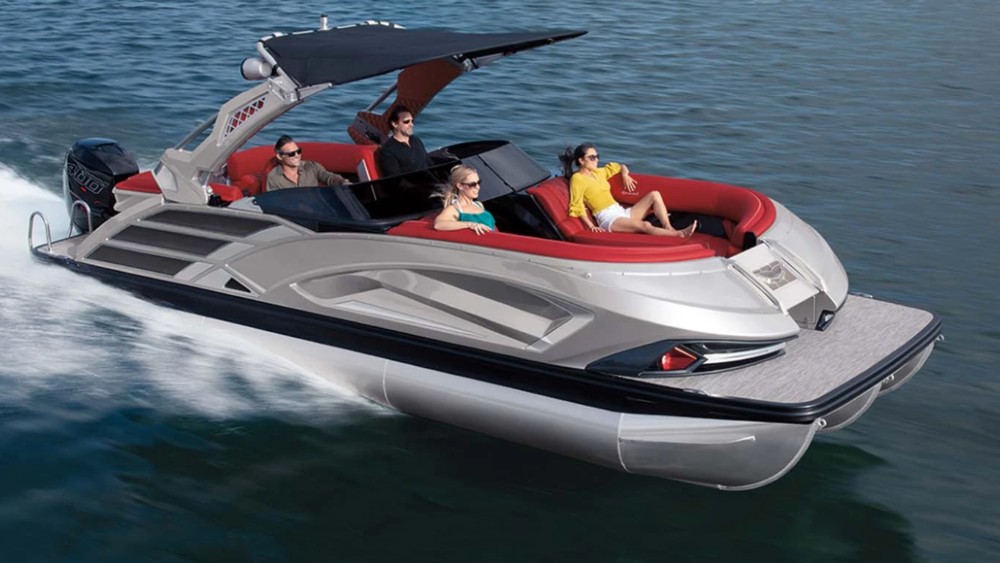 Look at the image above. It looks like a new generation of sportboat, flexing its muscles for the first time. But it’s actually a Bennington QX Sport—a pontoon boat. Five years ago, Robb Report would never have considered a review on boating’s most utilitarian boats.

But times have changed, and the once-humble float-boat—the provenance of small Midwestern lakes—has come of age. Some prices are approaching a half-million dollars. And speeds up to 78 mph, joystick docking, ocean coastal running, towsports packages, smart-phone controls and full galleys have made the pontoon one of boating’s hottest sellers.

Besides instant access to the water, the pontoon’s wide, stable decks have given designers fresh ways to configure these boats, using more creative seating, luxe features and amenities like fridges and portable heads.