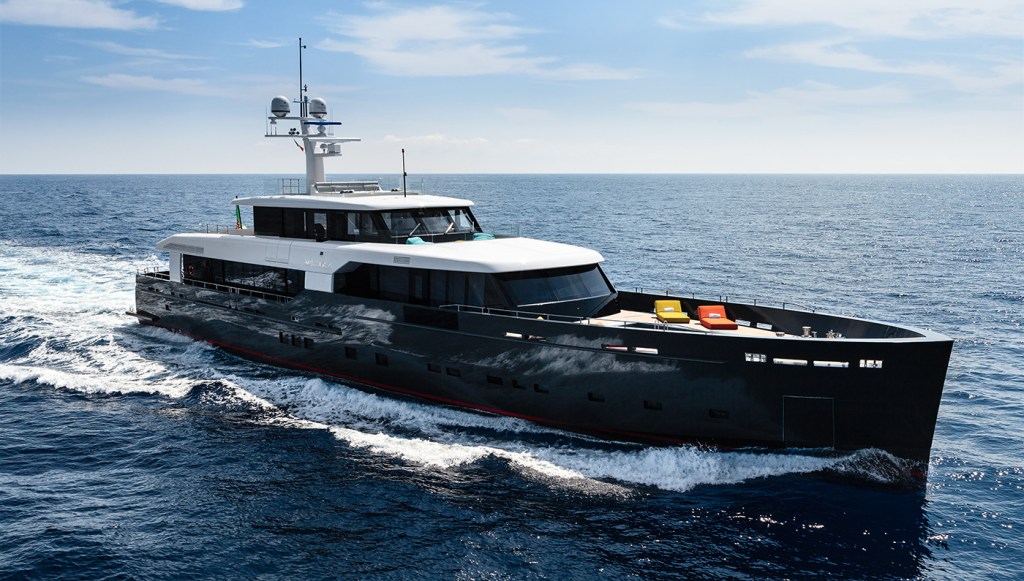 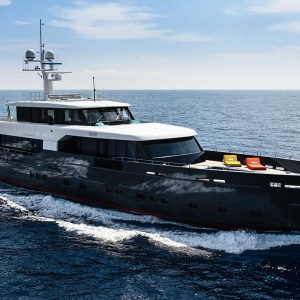 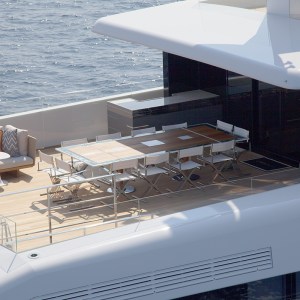 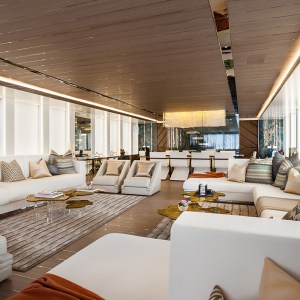 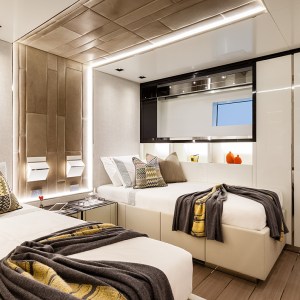 This low-riding profile of the Logica 147 was inspired by some of Luca Brenta’s most inspired naval architecture, including the 122-foot Ghost from Vitters and the 107-foot Wally B and 105-foot Nariida from Wally. Echoes of those famous sailboats are incorporated into the design of the Logica, Brenta’s first motor yacht, but with much more space than would be found on a sailboat of the same length.

The design is simple and quite elegant, but the extra volume and width of the motor yacht hull allowed Brenta to include features like an 18-foot swimming pool on the foredeck, a private sunning area on the uppermost deck, and a generous open space behind the pilothouse for large dining parties or social gatherings. The main deck also has a cockpit for smaller get-togethers.

The flowing exterior design moves into an interior that is equally as simple and open, with a 40-foot-long saloon defined by its stained-oak wooden floor and ceiling, and rows of windows that bathe the area in natural light. London-based Martin Kemp Design worked on the interior with a light, minimalist touch, sparingly using reflective surfaces like polished Macassar ebony and cosmic black marble to add subdued accents to the basic materials. Kemp also included avant-garde light fixtures from Altraluce in Italy, Carlyle Designs in New York, and Haberdashery in London, including a chandelier hanging over the dining table that looks like a modern sculpture.

The master suite on the forward part of the main deck not only offers privacy but also an exceptional view. The banks of windows extend all the way around the front, letting the owners see the pool and foredeck. The full-beam suite also includes a separate office and marble bathroom with a bathtub under a skylight and a walk-in shower. On the deck below are four large guest suites and a VIP suite at the stern of the yacht near the beach club. There are also quarters for nine crew members.

The Logica 147 has a top speed of 17.4 knots. At its 15-knot cruising speed, the yacht has a range of 5,000 nautical miles. Dropping down to 10.5 knots brings the range to more than 7,000 nautical miles, almost enough for a trip across the Atlantic and back again. (logicayachts.com)