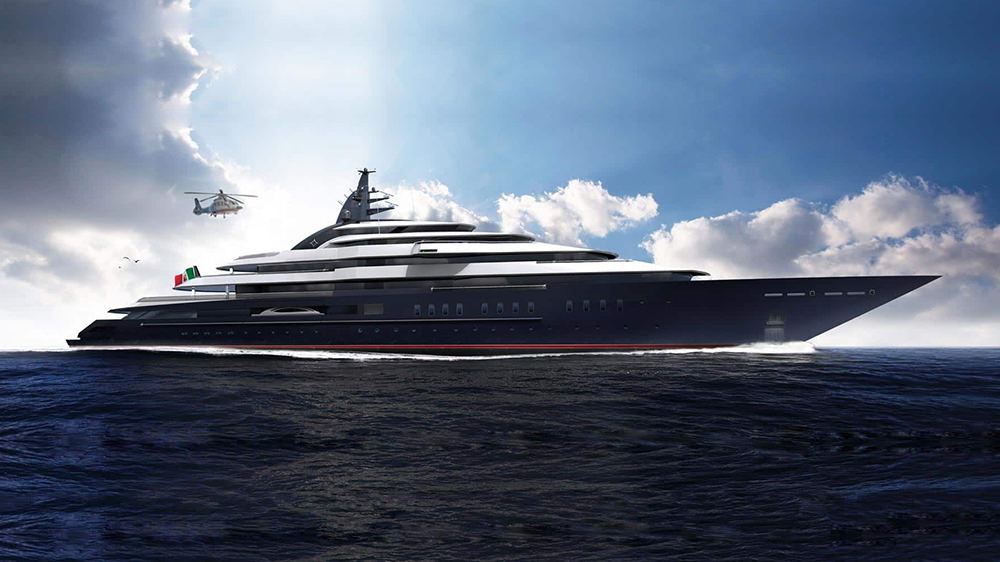 One of the largest superyachts in the world is nearing delivery. Lürssen’s highly guarded but not easily hidden 456-footer was spotted leaving the German yard this week, well ahead of its due date.

Previously known as Project Redwood, the steel-hulled vessel now goes by the name of Opus, fitting since it’s an epic work of art. The concept was first announced in 2015 by Moran Yacht & Ship and hit the water for the first time in January 2019. After further tweaking and a name change, the gigayacht is set to be delivered in late 2020, and, apparently, she’s champing at the bit.

With interiors and exteriors penned by Italian design studio Nuvolari-Lenard, Opus is being built to the Passenger Yacht Code (PYC), which means she can sleep up to 36 guests across 20 staterooms. Intended for long-range cruising, her hull was designed for efficiency and the designers have previously said the vessel will be able to undertake “independent global exploration.”

As to be expected, the six-deck dream machine is jampacked with high-end amenities. She has not one but two helipads occupying different decks, a supersized tender fleet that includes several 50-footers, a large sports and diving center on the lower deck by the water’s edge, plus an oversized, partially covered swimming pool that can be used in any type of weather.

Moran Yacht & Ship’s construction team is currently overseeing the project at Lürssen’s yard in Bremen, Germany. Once Opus is complete, she will likely rank among the top 10 world’s largest superyachts and become the sixth-largest vessel that Lürssen has ever built.

She’ll likely snap up a few awards, too. This marine dream team—Moran, Lürssen, and Nuvolari-Lenard—previously collaborated on Quatroelle, which was delivered in 2013. The impressive 289-footer was a finalist at the World Superyacht Awards in 2014 and showcased the impeccable craftsmanship to be expected from the trio. Opus certainly has some big boots to fill, but at 456 feet that should be no problem.