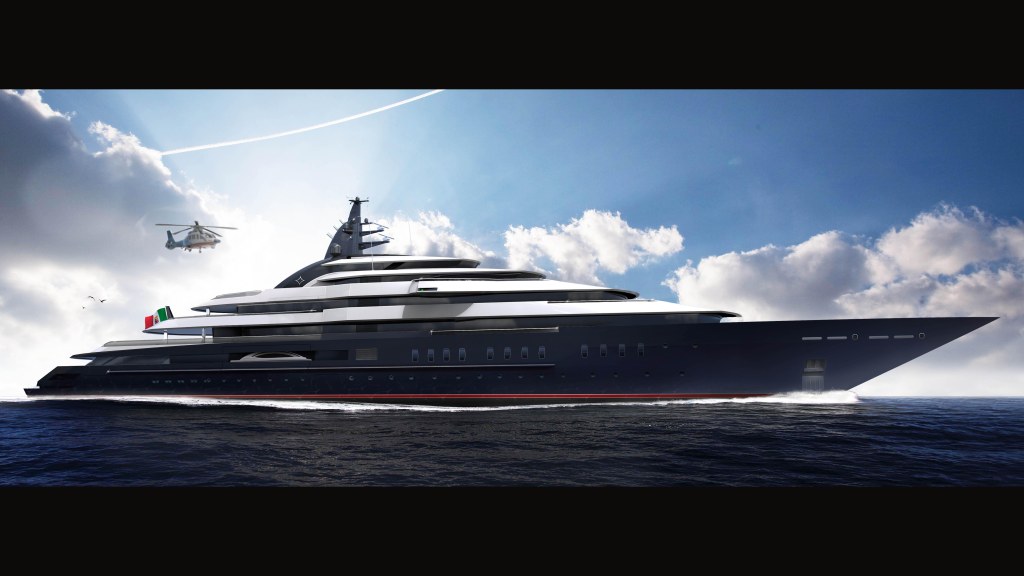 Project Redwood, the 456-foot motor yacht now under build at Lürssen, has been a closely held secret since the concept was announced in 2015. With two years to go before its launch, design firm Nuvolari-Lenard has released new details about the gigayacht. The steel-hulled vessel with an aluminum superstructure is being built to the Passenger Yacht Code (PYC), allowing it to accommodate 36 guests across 20 staterooms.

The Venice, Italy–based designers also said that Project Redwood will have two helipads for simultaneously landing helicopters in different deck locations. Its tender fleet is also supersized compared to most superyachts, including several that are 50 feet long.  Nuvolari-Lenard, which did both the interior and exterior designs, created a large spa, sports, and diving center on the lower decks within close proximity to the water. A large swimming pool, partially covered for all-weather use, is yet another standout feature on the yacht. The owner intends to use the vessel for long-range cruising, so the hull was designed for efficiency. The designers added that the boat will be able to undertake “independent global exploration.”

Moran Yacht & Ship is currently overseeing the project at Lürssen’s facilities in Bremen, Germany. Moran, Lürssen, and Nuvolari-Lenard had collaborated on the 289-foot Quatroelle, delivered in 2013 and nominated for several awards. Moran says Project Redwood is on schedule. When it is delivered to its owner in 2019, Project Redwood could be among the top 10 world’s largest superyachts. It will tie with Rising Sun as the sixth-largest yacht Lürssen has built over the years.